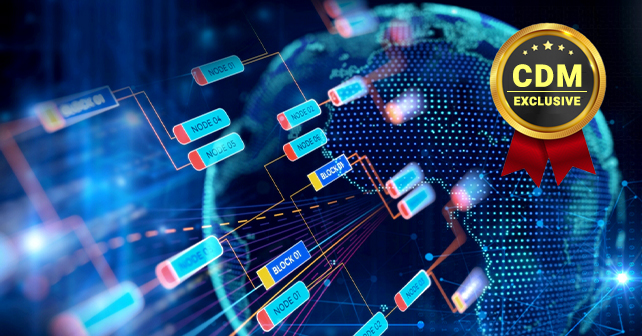 The Blockchain And Wireless Technologies

The Blockchain by itself is any well-protected record of data that is transmitted through a cryptographically assured communications channels. It may appear that such information is well-secured, but would that be true in practice? Basically, it’s quite challenging to the opponent to monitor such a data transfer, and the experience would suggest that the risk in those cases could be quite maintainable. The Blockchain is not the silver bullet that would resolve all our concerns and put all our fears at rest.  It’s more like the new technology that has its positive as well as negative sides, so it still needs a lot of effort to complete its improvement, development, and deployment. Many consumers worldwide would be satisfied with that solution, while the hackers would find more and more lucid ways to overplay such advancement. We might say in comparison with the Darknet products and services the Blockchain is still on its course to full functionality.

Some experts believe that the Blockchain technology could easily apply to the Internet of Things (IoT) security and as so it could serve within the real industrial, warfare or general population environment. On the other hand, we would mention the wireless transmission of information and start wondering how those technologies could be correlated with the Blockchain. The point is there are so many conveniences with the wireless systems, but they still deal with some limitations. Essentially, the Blockchain has an obvious weakness which is its access control and a lot of hard work must be put into the service in order to learn how to manage such a risk. Also, if we talk about the IoT solutions there is the big question regarding how well secured our endpoints are; for instance, what happens when someone gets their IP addresses and the other access permissions. Finally, it’s well-known that any encrypted Wi-Fi connection would deal with some access control details and from that perspective – it would not be that easy for someone coming from the outside to intercept a signal in or close to the user’s range.

The main fact with the wireless web is that it would deal with some encryption, but such a method of assurance would be end-to-end cryptography. That sort of protection could offer suitable access control, but the signal getting transmitted through the surrounding could be easily grabbed from the air and put through some well-planned cryptanalysis. In practice, there is a wide range of procedures and methodologies that could be applied in order to surveil the entire network traffic. From the current point of view, wireless communications may look secure, but they would in fact be more vulnerable and less responsive to cybercrime attacks.

The obvious concern with wireless networks is that anyone who wants to connect with their signal would need to seek some kind of access to that network in order to become part of such an infrastructure. There would be plenty of cutting-edge wireless solutions and anyone offering something getting that brand new would claim that his service was unbreakable. What irony – the entire researchers’ community would report frequently about the successful network breaches, but the point is that we are still so far away from being safe and secure at our spots. So, would there be anything new in case of the Blockchain technologies? The fact is any offering on the marketplace has its pluses and minuses and maybe the “encrypted records” technology could provide less stress, but it’s still far from perfect!

The challenges of wireless information transfer

The major challenge with the wireless information transfer is its range. It’s well known that NASA can communicate with rovers on Mars using radio links. Some space industry projects would receive the findings day-by-day from some systems being outside of the Solar system. On the other hand, the biggest preoccupation with our so “on the ground” solutions is that both – Blockchain as well as IoT – have become so dependent on web communications. In other words, those wireless technologies would undoubtedly rely on TCP/IP channels and any device or object being the member of such a system would get its IP address assigned there. The IP address is the number hackers would most love to get, and once they obtain it, all our nightmares would turn into a reality.  In other words, even if Wi-Fi encryption would work well in protecting anyone getting access to your internet traffic, the security of your end client could remain vulnerable.

From the perspective of cyber defense, the Blockchain could be applied to the well-developed link encryption.  The entire industry 4.0 could use these solutions as a route to next-generation industrial systems. As is quite well-known, the Darknet systems would relate to the decentralized network topology and some streams would believe that could be the next phase in our technological development and progress.  To be clear, we would not recommend any such developments, but rather expect that the human element would triumph over everyone and everything adverse!

The applications of the link encryption

Through this effort, we would discuss how it works dealing with link encryption; in practice that would mean that we would utilize communications channels where traffic would stay invisible to anyone who would want to see it from the outside. As the creators of the Tor project would say, it’s more like the coin with two sides that would remain hidden behind the menu in some exclusive restaurant. There is a certain probability that the side could be up or down, but no one has the X-ray glasses to see the accurate result of the prognosis. Maybe those X-ray glasses could be a good starting point to arrive at some much more far-reaching cybersecurity solution.

Why we need to protect our wireless communications?

Let’s try to imagine that the NASA radio link to Mars is not encrypted and some bad guys just tuned into that frequency and as they do the satellite jamming from the Earth – they could do some rovers’ sabotage from some distant location as well. From that point of view, we believe it’s quite clear why we need such strong wireless communications protection as well as the well-developed procedures and policies that would offer us a chance to effectively mitigate any potential threat coming either from the outside or inside. Above all, wireless systems are rapidly developing through this 4th industrial revolution and what we so urgently need in the coming times include better security as well as more reliable communications systems.

Reliability is the key factor of further progress.  If you can offer communications that would be resistant to many external elements – that means you can trust that technology would not leave you without vitally significant service just around the next corner. This trustworthiness means you can be confident that the system would work with a certain degree of accuracy, and offer you convenient user experience.  If we think this way, we can expect progress at any stage of our activities, whether they are personal or business.