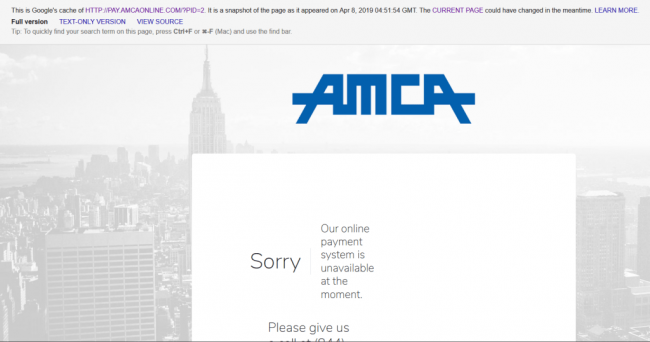 Tens of Million patients impacted by the AMCA data breach

Recovery agency for patient collections American Medical Collection Agency (AMCA) suffered a data breach that could impact many of its customers.

American Medical Collection Agency (AMCA) suffered a data breach that could impact many of its customers, the company still hasn’t disclosed details.

A filing with the U.S. Securities and Exchange Commission (SEC) Quest revealed that the attackers broke into the web payment portal of the American Medical Collection Agency between August 1, 2018 and March 30, 2019.

The security breach has impacted roughly 12 million of Quest Diagnostics‘ patients and roughly 7.7 of LabCorp patients. After the disclosure of the incident, Labcorp announced the terminations of business activities with AMCA and Quest Diagnostics has suspended sending collection requests to AMCA.

“That information could include first and last name, date of birth, address, phone, date of service, provider, and balance information. AMCA’s affected system also included credit card or bank account information that was provided by the consumer to AMCA (for those who sought to pay their balance). LabCorp provided no ordered test, laboratory results, or diagnostic information to AMCA.”

AMCA also informed LabCorp that it is sending security breach notices to approximately 200,000 LabCorp consumers whose financial data may have been compromised.

According to DataBreaches.net, stolen data are already fueling dark web, in fact researchers at Gemini Advisory, discovered the offer of payment card information for roughly 200,000 individuals likely from AMCA’s databases.

“The breach had been discovered by Gemini Advisory, who informed this site that they had found approximately 200,000 patients’ payment card info for sale on a well-known marketplace. The cards had apparently been compromised between September, 2018 and the beginning of March, 2019.” states DataBreaches.net.