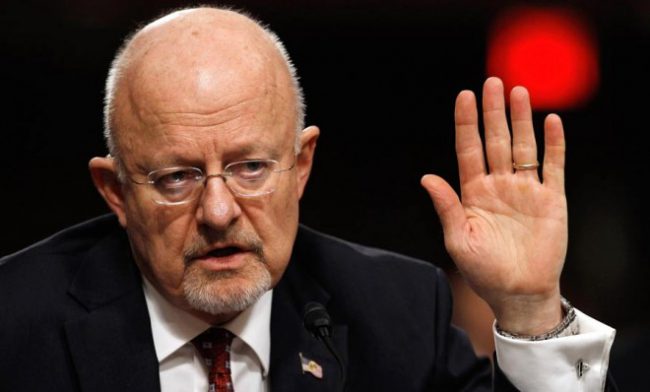 Head of US intelligence James Clapper owned by the same hacker who broke into CIA director Brennan’s personal email account.

According to Motherboard, a hacker associated with the “Crackas With Attitude” group has accessed accounts belonging to the director of National Intelligence, James Clapper.

Yes, you are right, Crackas With Attitude is the same teenager who took over the CIA director John Brennan’s personal email account in October 2015.

The teen hackers reportedly controlled of Clapper’s personal email, his wife’s Yahoo email account, home telephone and Internet. The situation is very serious, the young hacker has done much more forwarding all calls to the director’s home phone to Paul Larudee, the co-founder of the Free Palestine Movement.

“One of the group’s hackers, who’s known as “Cracka,” contacted me on Monday, claiming to have broken into a series of accounts connected to Clapper, including his home telephone and internet, his personal email, and his wife’s Yahoo email. While in control of Clapper’s Verizon FiOS account, Cracka claimed to have changed the settings so that every call to his house number would get forwarded to the Free Palestine Movement. When they gained notoriety last year, Cracka and CWA claimed their actions were all in support of the Palestine cause.” wrote Lorenzo Bicchierai on Motherboard.

Cracka provided purported screenshots of Clapper’s email as a proof of the hack.

“I’m pretty sure they don’t even know they’ve been hacked,” Cracka told me in an online chat.

It is not a joke, Brian Hale, a spokesperson for the Office of the Director of National Intelligence, confirmed the disconcerting hack to Motherboard.

It seems that the hackers relied exclusively on social engineering techniques and information gathered from open source.

The hacker shared with Lorenzo Bicchierai a list of call logs to Clapper’s home number. The senior staff writer verified the authenticity at least of one number in the list belonging to Vonna Heaton.

“In the log, there was a number listed as belonging to Vonna Heaton, an executive at Ball Aerospace and a former senior executive at the National Geospatial-Intelligence Agency. When I called that number, the woman who picked up identified as Vonna Heaton. When I told her who I was, she declined to answer any questions.

“A journalist? Oh my gosh” she said, laughing uncomfortably. “I have somebody on the line, I’m sorry, I have no insight into that. But that’s really unfortunate, have a great day.”” wrote Bicchierai.

Clapper is known for his absurd testimony to Congress in 2013 about the NSA’s phone metadata collection. When a senator asked him if “the NSA collected any type of data at all on millions or hundreds of millions of Americans.” Clapper responded “No, sir.”