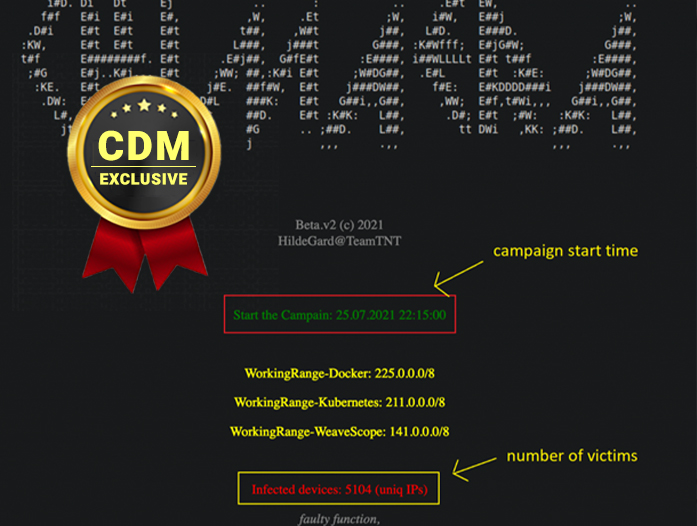 The TeamTNT botnet is a crypto-mining malware operation that has been active since April 2020 and that targets Docker installs. The activity of the TeamTNT group has been detailed by security firm Trend Micro, but in August 2020 experts from Cado Security discovered that that botnet is also able to target misconfigured Kubernetes installations.

In January 2021, the cybercrime gang launched a new campaign targeting Kubernetes environments with the Hildegard malware.

The campaign was very insidious and as of August 30, 2021, many malware samples used by the attacker still have zero detection rate from AV software. The campaign is responsible for thousands of infections globally in only a couple of months.

A partial list of the tools used by the group includes:

Researchers from Palo Alto Networks, that analyzed the same campaign, reported that the group is also using a cloud penetration testing toolset to target cloud-based apps that is named Peirates. 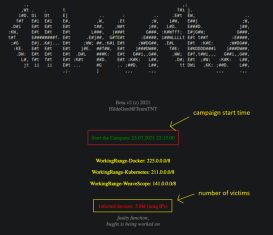 Experts pointed out that even if the group is expanding its arsenal adding new capabilities, it still focuses on cryptocurrency mining.

“AT&T Alien Labs has discovered new malicious files distributed by the threat actor TeamTNT. As researches have observed of TeamTNT in older campaigns, they are focusing on stealing cloud systems credentials, using infected systems for cryptocurrency mining, and abusing victim’s machines to search and spread to other vulnerable systems.” reads the analysis published by AT&T. “The use of open-source tools like Lazagne allows TeamTNT to stay below the radar for a while, making it more difficult for anti-virus companies to detect.”