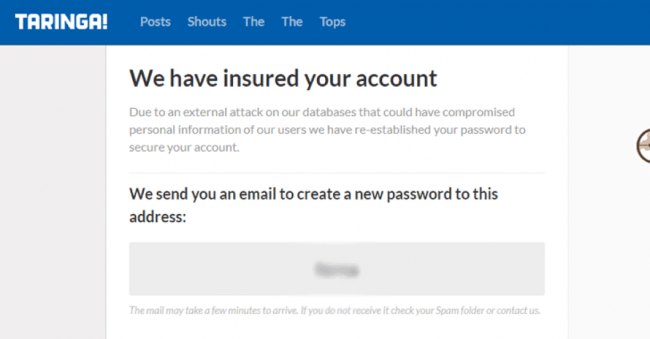 Taringa, also known as ‘The Latin American Reddit’, is a popular social network used by netizens in Latin America to create and share thousands of posts every day on general interest topics.

The data breach notification website LeakBase reported to the colleagues at THN that Taringa suffered a data breach. LeakBase has obtained a copy of the stolen database containing details on 28,722,877 accounts, including usernames, hashed passwords, and hashed passwords. LeakBase has shared a dump of 4.5 million Taringa users with the peers at The Hacker News in order to check the data.

The hashing algorithm used to protect the passwords is the weak MD5 that is considered no more secure because it can be easily cracked, in fact, LeakBase researchers already cracked 93.79 percent (nearly 27 Million) of hashed passwords is a few days.

Experts at THN contacted users whom emails were included in the dump they received, they confirmed the authenticity of their credentials.

The most used email services are hotmail.com and gmail.com.

Taringa users are anyway recommended to change the password as soon as possible.