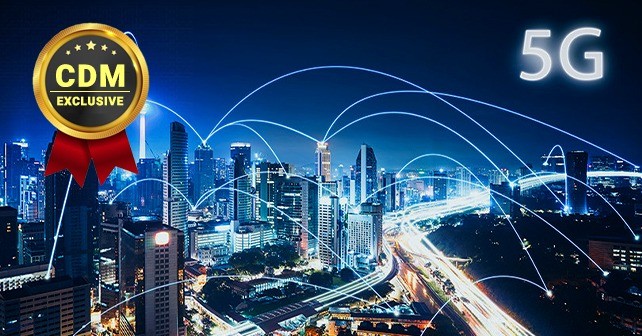 Sprint has started beta testing some of its new 5G technology in Peachtree Corners, Georgia. Though the test doesn’t encompass the whole city, it will determine what conditions would be like on a larger scale than the previous rollout.

Sprint is using the Curiosity Lab, which contains a 1.5-mile track inside a 500-acre technology park. It’s made only for autonomous vehicles, meaning Sprint is starting to look closer at self-driving cars.

At least seven companies participated in the unveiling on the first day, each one bringing along a little something different.

Kia tested out autonomous vehicles but was the only major car company there. Local Motors brought autonomous passenger shuttles, though, which made up the difference. Drones were brought in from Autodyne, and Softbank Robotics arrived with floor cleaners.

Going on a different path was Georgia Power with smart light poles, Reef Kitchen with delivery-only kitchen solutions and CloudMinds for AI testing in the cloud.

Here’s what Sprint has been doing in Peachtree Corners, and what it means for the future of 5G and autonomous technology.

The Launch of Curiosity IoT

The cloud has a lot to do with the Peachtree Corners testing. In November 2018, Sprint launched its Curiosity IoT (Internet of Things.) The Curiosity IoT is software that directs traffic within the IoT. This entire directive is to build better smart cities for the future by starting with IoT and making it more efficient.

As technology advances and time goes on, we accumulate massive amounts of data at any given instance. Part of 5G on the Curiosity IoT is to help build more space for all this information while still being able to collect more. The Curiosity IoT will allow any device to connect to the IoT no matter what technology is used, so we’ll have more efficiency and better access.

Peachtree Corners isn’t the first place to see 5G technology from Sprint. In fact, Sprint launched mobile 5G in Atlanta in May 2019. This network covered 150 square miles and over 560,000 people, allowing them to be the first members of the public to use 5G whenever they wanted.

The testing is a little different in Peachtree Corners, as residents can use the network but they are not part of the experiment.

Sprint is certainly not the only carrier to start testing 5G’s limits. Verizon is working on its own initiative at the University of Michigan with its connected city plan called Mcity. It works with a 32-acre site that includes over 16 acres of traffic infrastructure and a test track, much like Sprint.

The approach is to create better 5G solutions for autonomous vehicles with pedestrian safety in mind.

She explained their 5G plan as follows: “From enabling the most accurate real-world navigation possible to delivering immediate intelligence from IoT connections, companies can now better test, and ultimately scale, new solutions for the smart city landscapes of tomorrow.”

Though the testing facility at Peachtree Corners has thus far focused on businesses and their innovation needs, Sprint is still looking at the public’s point of view through Atlanta.

At this rate, perhaps 5G will become the new normal before we know it. Until then, there’s a lot of testing to be done, especially when handling, organizing and storing the immense amount of data we’ve collected and continue to find.

Sprint is already conducting the testing required to lead this technology well into the future.