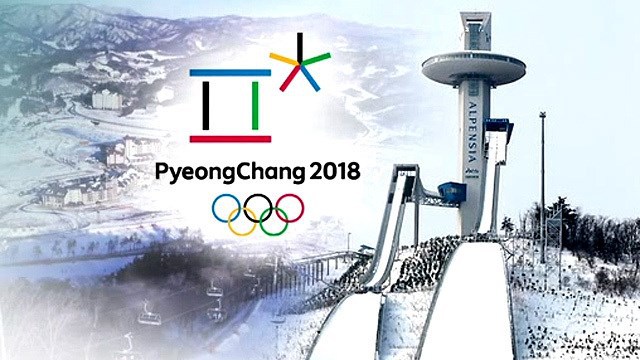 Most of the targeted organizations is involved with the Olympics either in providing infrastructure or in a supporting role.

“The primary target of the email was icehockey@pyeongchang2018.com, with several organizations in South Korea on the BCC line. Many of these organizations had some association with the Olympics, either in providing infrastructure or in a supporting role.”

The campaigns have begun on December 22, attackers used spoofed messages that pretend to come from South Korea’s National Counter-Terrorism Center.

The hackers spoofed the message to appear to be from info@nctc.go.kr, which is the National Counter-Terrorism Center (NCTC) in South Korea, the analysis revealed the email was sent from an address in Singapore and referred alleged antiterror drills in the region in preparation for the Olympic Games.

Attackers attempt to trick victims into opening a document in Korean titled “Organized by Ministry of Agriculture and Forestry and Pyeongchang Winter Olympics.”

Initially, the malware was embedded into the malicious document as a hypertext application (HTA) file, then threat actors started hiding the malicious code in an image on a remote server and used obfuscated Visual Basic macros to launch the decoder script. Researchers also noted that attackers wrote a custom PowerShell code to decode the hidden image and launch the malware.

“When we deobfuscate the control server URLs, the implant establishes a connection to the following site over SSL:

“Based on our analysis, this implant establishes an encrypted channel to the attacker’s server, likely giving the attacker the ability to execute commands on the victim’s machine and to install additional malware.”

“With the upcoming Olympics, we expect to see an increase in cyberattacks using Olympics-related themes,” the McAfee report concluded.

“In similar past cases, the victims were targeted for their passwords and financial information.”