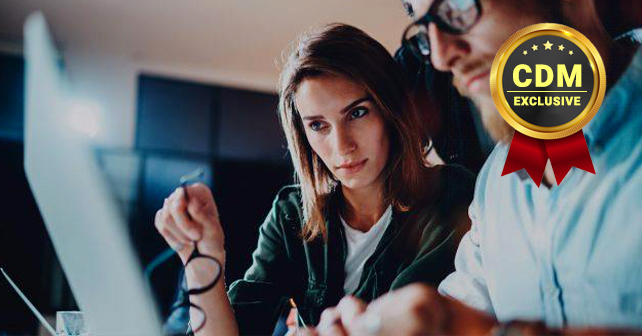 As the way we live and work becomes increasingly sophisticated, complex and connected, the benefits are clear to see as things get more streamlined and intuitive with every passing day. But whilst many enjoy the open connectivity that the Internet of Things enables, they don’t realize they’re vulnerable to cyber-crime.

In recent years, hackers have been responsible for security breaches on every major continent, across every business sector. In fact, according to research by Cyber Defense Magazine, cyber-crime damages will be costing the world a staggering $5 trillion by 2020. Not overall, but every year.

This trend clearly extended the discussion within video security from delivering the highest quality of relevant images and management of large data volume to how to keep video data secure in an increasingly connected world.

Having access to the VMS expertise of Genetec, combined with the years of constant innovation behind Bosch surveillance cameras, is certainly good news for you, and bad news for cybercriminals. And, because Bosch cameras are fully integrated with Genetec systems, the result is an end-to-end data security solution incorporating all Bosch network video surveillance cameras, plus Genetec Archiver and Security Center.

As you’d expect from a progressive brand like Bosch, we’ve been implementing encryption at the hardware level for some time. Specifically, all Bosch IP-cameras have a trusted platform module (TPM) installed at the factory stage. The TPM safely stores cryptographic keys to enable encryption of all live video data, which is then sent from the camera to the Genetec archiver using SRTP (Secure Real-Time Transport Protocol), which further protects the integrity of the data. And for additional reassurance, all encrypted communication between Genetec Archiver and Genetec Clients is managed via SRTP or HTTPS.

Another advantage of using SRTP throughout the whole infrastructure is that customers have enabled to set up a secured multicast network, so you get security and good network scalability at the same time.

With all security measures at hardware level combined with SRTP Bosch and Genetec offer an end-to-end encryption solution. All video data is encrypted at the moment it is captured and remains encrypted throughout the whole video security infrastructure. Compared to transmitting RTSP via an HTTPS tunnel this can create a saving on the computing power of 50% because additional encryption is not needed.

Genetec is the experts in secure video management systems, so they know that the only way to outsmart a hacker is to think like a hacker. By doing so, they’ve developed a software system that offers multiple ways to manage user access rights, ensuring that only authenticated and authorized parties can access data.

Any users added to a certain group will automatically inherit all existing privileges assigned to that group. Several examples of how sophisticated these privileges can be, including the ability for a user to view live video, view playback, add a bookmark to a video timeline, and even move a PTZ (pan, tilt, and zoom) camera.

Passwords, as we know them today, are still an essential layer of security enforcement at the initial set-up stage. Thereafter, the Genetec archiver uses a client certificate to authenticate themselves to the Bosch camera. As an extra measure, the client certificate must be signed by a trusted 3rd party whose identity has been previously installed on the root of the camera.