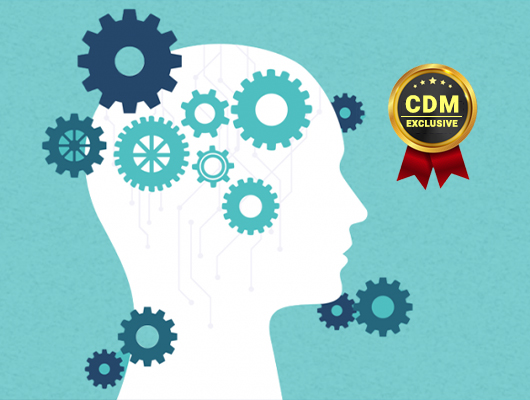 Social Engineering in Getting Competitive Advantage

Our world is full of wonders. You would never be aware of how beautiful and adorable something can be unless you do a deep dive to discover its most fascinating secrets. The environment at any time includes many predators and prey that fight hard to survive in nature. It’s similar to the never-ending game between the security professionals and cybercriminals that also fight for their territory in cyberspace. Nature will always apply its rules, and any animal that wants to obtain the food for itself and its family must adapt to the surrounding conditions.

Never forget the story about mice and cats. The cats need to eat the mice in order to get fed, but the mice would never be safe being surrounded by so many cats. Also, the mice could be good food for snakes that have fast reflexes like cats, and also such a good appetite for mice. In any case, the mice are the prey either for cats or snakes and even if they multiply themselves following the geometrical progression, they would not live long in a place full of their predators. Apparently, in the environment being populated with the mice, cats, and snakes there would not be enough food for both predators. They would need to compete very hard just to assure their survival.

In other words, just try to imagine what would happen if the number of mice in some spots would drop and there would still be a lot of cats and snakes that would need to survive in that territory. The analogous case is with the marketplace players. They would try to exploit some marketplace as long as there are the resources and reserves, so once they get no clients somewhere – they would simply change the strategy. Well, if there are fewer mice and more snakes – the cats would need to leave such a place and attempt to find a better opportunity somewhere else. The new environment would mean the new rules and does not matter how the process of the adaptation could get challenging – the cats would need to deal with this situation in order to remain alive. In our tale, the cats are the hunters that would take advantage of the mice that would also learn how to survive in the world by being aware of the predators. They would use so many camouflage tactics in order to protect their offspring as well as their own lives and if necessary they can also try to change their location in order to stay safe. So, in our story, both predators and prey would have to make accommodations to survive. It would appear that in nature everything is about getting the resources so critical for life. The mice would eat the seed, while the cats and snakes would hunt the mice. Basically, that’s how nature works.

On the other hand, what can we learn about human beings and their societies?  Modern economies deal with the marketplace and there are so many competitive suppliers for the purchasers or, in other words, for the sales. If there are not enough clients one of the competitors would need to withdraw from the competition or if the clients lack purchasing power – they would not be in a position to pay for the good or service being offered by competitive suppliers, so they would rather choose to purchase the offerings from someone else. In other words, if there is no enough seed for the mice – they would need to eat something else in order to get fed. Only if they show the flexibility and capacity to adapt they would survive at any time and any place. That’s how evolution goes and that’s how their genetic code would get improved making them being capable to live under any conditions. Apart from that, the predators would stay in the race for the food as well and if the mice get that smart to avoid to become the catch – the cats and snakes would either change the territory or some of their habits simply making a decision to lower their requirements and eat what they can catch in such an occasion.

So, if you cannot sell your good for a competitive price, either you would move to a new marketplace accepting the risk from the new surrounding and its rules, or you would simply lower your price to sell what you have for a smaller amount of income. If that new situation would not give you a chance to survive – you would need to adapt your strategies to new circumstances and try to think about how to take offer something new for that demand.

In other words, the communities of predators would not collapse if they decide to exploit the different reserves of the food and the prey would also stay safe and sound if they learn to change some of their habits. Talking in the language of the modern people, the marketplace players would not need to shut down their businesses if they, for instance,  decide to give their products some other market alternative such as barter. If you cannot sell your beef for the money in the Middle East take the barrels of petrol instead of the funds and you would definitely re-sell such a good product somewhere else. Maybe your business partners would not accept the alternate goods, but they would get something of value – so, that’s how you would survive as long as your area has the resources that can get used.

The Game of Thrones

Social engineering is still one of the biggest cyber defense challenges of today because modern hackers exploit various techniques and tactics in order to obtain IT privileges and permissions through the art of deception as well as confusion. The common social engineering scheme could include the social engineer being supported by a cyber tracker that would analyze open-source intelligence as well as traced data carefully choosing a moment to attack his victim for some kind of competitive advantage and benefits. So, what would the common schemes look like? The social engineer is someone counting on communications skills and the cyber tracker is the guy who would do the surveillance of someone’s email, social media, and information exchange accounts trying to figure out what’s going on with someone being from the specific interest for that duo.

Also, it’s possible that the hacker would utilize some kind of phone calls and text messages monitoring solutions and he would then provide that information to the social engineer whose role is to engage the third party into a conversation based on the stolen data.  This information would be the basis to sell some credible, but a disturbing story to your victim – then you would undoubtedly win the game. Your target would get confused and lose concentration after such a psychological operation and you would accomplish what you wanted – to gain access to the victim’s resources.

People are Nice and Helpful, Right?

So many people are very kind and supportive and it may appear they simply cannot say no. Well, that’s the gravest vulnerability of all of us and the social engineer would get familiar with that, so he would usually try to put the victim into a disadvantageous position. Even if such a team makes the phone calls, send text messages or use skillfully composed emails – their goal is the same – they want to break your concentration and drag your attention to something else while they extract more information from the victim. Sounds silly, but it works in the practice!

The social engineer is someone who uses great eloquence in both verbal and written contexts, so that person can use such a skill to distract, misinform or outplay you in such communication in order to conduct some sort of espionage and collect some type of competitive intelligence. If some business is still so new in the marketplace – the competitors would get awareness about its presence. As it grows and raises the competitors would get curious who are the principals of this new business. In the beginning, they may offer some kind of support trying to convince you that you should trust them and let them get close to you. The final goal of every competitor is to destroy his competition and that’s why anyone dealing with some activities should be careful about responding to inquiries.

We All Are the Citizens of the Planet

As long as there are competitive players in the marketplace there will be corporate espionage. The strong competitors use all possible means to obtain sensitive information and even steal some of the ideas from their competitors.  Many people love to play monopoly as a business game; if you want to survive such a merciless game you need to fully open your eyes and camouflage your trade secrets and proprietary business information.  Well established competitors have experience on their side, so if you are still new in your area of business – just be careful.

Social engineering commonly uses some kind of psychological campaign relying on deception techniques and tactics. Those kinds of strategies aim to make the target being mistaken about something and they take advantage of uncertainty, so our advice here is to be patient and avoid giving your competitors the chance to see everything about your business. The best way to destroy your competition is to make it work for you, and many experienced organizations and individuals know that, and they engage in such a practice.

If you say to anyone that you are his new best business friend, and that person is inexperienced, he could drop his guard.  On the other hand, anyone clever would harbor suspicions about such a claim and not take those words literally. In other words, do not be naive and believe that your competitors would just help you for nothing. They would work hard and sometimes play dirty in order to get someone under their control. There are no free favors and you cannot get something for anything, so never offer your trust blindly.

Getting Started with Active Directory Security Transitioning to Remote Work: The Apps You’ll Need to Ensure A Productive Workforce Peer-To-Peer Cybersecurity Insights For 2021 Responding To the Ransomware Pandemic Executive Order Instructs Certain Organizations to Improve Their Cybersecurity Stance Security in gaming: How to Recognize and Prevent Social Engineering Attacks in Gaming No More Ransom helped ransomware victims to save almost €1B Killware is the Next Big Cybersecurity Threat
May 15, 2020