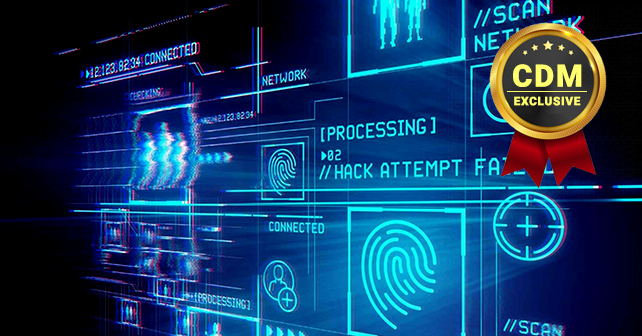 Since security orchestration is still an evolving space with competing definitions and maturing feature sets, there are some misconceptions that exist about its scope of use, consequences, and effort required in deployment. Is orchestration the same thing as automation? Can everything be automated?

These are some myths about security orchestration that I’d like to address. These myths don’t quite reach the heroic scales of Hercules and the Nemean Lion but are interesting and insightful nonetheless.

“Automation” always has a negative connotation with respect to job replacement and removal of the human element. But insecurity orchestration’s case, nothing could be further from the truth. Security orchestration aims to achieve a balance between machine-powered automation and human-powered decision-making to improve security operations.

In an ideal security orchestration process, only the tasks that are repetitive, time-consuming, and not intellectually stimulating will be automated. Any action that requires further human investigation or approval – whether through email response, task approval, or collaboration – will be open for security teams to weigh in.

Any Technology with Playbooks is Security Orchestration

Here are some tips on separating true security orchestration from the rest of the bandwagon:

Flexibility: Out-of-the-box, vendor-provided content such as playbooks, automation tasks, and product integrations should just be the foundation instead of the whole building. Users should be free to build their own combination of automated and manual tasks, custom playbooks, in-house integrations, and more.

Security Orchestration and Security Automation are the Same Things

While educating users on new technologies, people in the industry sometimes enthusiastically – and incorrectly – interchange the terms “security orchestration” and “security automation.”

Security automation is making machines do task-oriented ‘human work.’ Security orchestration is executing the interconnectivity of different products (both security and non-security) and automating tasks across products through workflows, while also allowing for end-user oversight and interaction.

Security Orchestration is Only Meant for Large Enterprises

Since security orchestration involves the coordination of actions across multiple security products, there’s usually a presupposition that only large enterprises with well-defined SOCs and a wide range of products will extract value out of security orchestration. But with a 2018 Verizon report claiming that 58 percent of data breach victims are small businesses, the need for a repeatable and automated incident response is apparent irrespective of company size.

Even SOCs with 3-5 security analysts and a handful of tools can benefit from security orchestration through well-defined processes, increased team productivity, and setting the SOC up for eventual scale. Smaller firms can also avail Managed Security Service Providers (MSSPs) to oversee their security posture, where security orchestration tools can provide a valuable console for collaboration and data centralization.

Every Security Process can (and should) be Automated

“Automate or Die” is a pithy, marketing-friendly way to convey the urgency and need for automation, but it incorrectly paints the situation in black and white. Not every security process and action can (or even should) be automated.

Security Orchestration is Only for Response Processes

Security orchestration playbooks can usually be scheduled to run at pre-determined time intervals and, for example, conduct health checks on organizational endpoints or verify the presence of systemic vulnerabilities. Playbooks can also be run in real-time too, for instance, execute threat hunting operations across user environments after some malicious indicators were detected in a separate alert.

The bottom line is security orchestration’s value is contingent on organizational need and the process itself more than the method of deployment. Don’t be afraid to dive in and let the automation begin. It’ll end up making a small team’s effort look like an army.

Abhishek Iyer is Technical Marketing Manager at Demisto, a cybersecurity startup with a mission to make security operations “faster, leaner, and smarter.” Prior to Demisto, Abhishek has worked in strategy and marketing roles across four industries. Abhishek holds a BE in Electronics Engineering, an MBA, and an MS in Marketing. He is on the Marketing Advisory Board for Purdue and been a freelance writer for 8 years with a focus on technology, soccer, and gaming. Abhishek can be reached online at https://www.linkedin.com/in/abhishekiyer5225 and at our company website www.demisto.com.