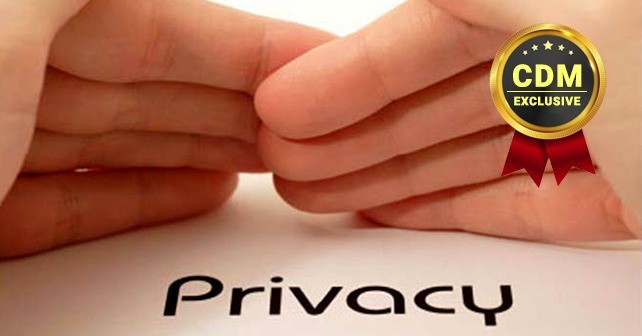 This new time would not deal with the security only, but rather with the privacy as well. As it’s known, security is a process of maintaining the acceptable level of risk. So, in other words – the security is about risk management. On the other hand, privacy is a concept that would require that the users of some operation could get known, but what they do would stay confidential. That means their activities would stay private or only get reserved to them. Also, we would want to highlight here that the security would so often know too much about anyone and people would get concerned that their governments could use against them those findings or apply them as some sort of mass control.

Well, the fact is that the defense staff would deal with so many findings of anyone, but that information would so commonly remain confidential and secret, so the rights of residents would get somehow protected. It’s also well known that some social mainstreams like the humanitarian ones would fight for the human rights claiming that the people deserve to leave some of their privacy to themselves.

This is accurate from one perspective, but – on the other hand – those human rights would guarantee to the people to be safe – so, from that perspective – it’s quite understandable that the security would get the big role in our lives and possibly get closely connected with the human rights. Through this article, we would try to debate the topic – security vs. privacy – and not only that. We would try to make a good discussion that would lead to a dialog and try to make peace between these two opposing streams.

Let’s start with privacy! This concept is something that would offer you an opportunity to remain some of your own habits, behavioral patterns and personal passions belonging only to you. No one else would know anything about them or a very small cycle of your trusted persons would get somehow familiar with that information.

The people simply love to leave some of their little private rituals or games remaining only theirs. So, would the government want to make a breach into that perfect personal world?
Many people would like to suggest that it’s about control of society. The fact is that – through its history – the humankind would take the laws as something offering them the better chance to survive into so threatening environment. It’s well known that without the laws – our world would get quite chaotic, many people would commit the crimes including the murders and no one would get responsible for anything.

In other words, we would follow the rules of the natural selection that would offer a chance to the dominant entities to survive and even progress. Once the humankind has decided to accept the law as the way of protecting its own lives – we would come to the concept of security being one of the basic human rights we have at the present. The main reason for accepting the laws could be the fear for their own security. The modern world would bring us many legal regulations that would protect us from becoming the victims of the crime or even getting justice in case the crime happens.

The next question would be why the government’s agencies would get interested in our private lives. Some would argue that’s the case for a reason for better control of the entire society.

At some perspective, the security is about the control of society and only laics would see something inappropriate in that. Knowing your environment would offer you a chance to better understand the threat and not only that – you would cope with the needs of your community on a much deeper level.

The government cannot exist without people’s support, so to get a new opportunity to guide the society after the next elections – you would need to deal with the people’s requirements and make a system that would satisfy the needs of the majority.

In other words, you would get the task to create the laws, procedures, and policies to all that would offer a fair environment to everybody. In order to execute those rules – you would use the Law Enforcement bodies that would guarantee that the entire society would cope with those rules and if anyone makes a violation of such a recommendation – he would get a deserved punishment.

The Law Enforcement agencies would also get in position to resolve the common people’s concerns and better they know their society – the better they would protect it from the crime. It’s so significant to highlight that the defense officers are highly skilled individuals and their responsibilities would not allow them to talk about the confidential things being correlated with the community’s concerns.

Finally, it’s important to say that the government is not the enemy of its own people as some criticizers of the security would suggest, but rather the service to its nation that gave it an opportunity on the democratic elections to make some changes within their environment.

In conclusion, we would want to discuss the significance of cyber defense in better security to everyone. It’s well known that the current people would spend a lot of time using their computing devices as well as the web.

Following such a pattern – those people would leave a trace about their activities in cyberspace. Many criticizers of the security’s concept would believe that the internet got the one more Big Brother’s project and the persons with the political power would use it to spy to the rest of the population.

We would disagree with that because being familiar with someone habits would not necessarily cause harm to anyone. On the other hands, it would offer an opportunity to the people dealing with that sort of information to make a more qualitative strategy to all members of the community.

Also, we would want to indicate that the good cyber defense could be from vital importance to some country and it’s more than welcome to mobilize your people to actively participate into the nation’s critical goals.

Since Milica Djekic graduated at the Department of Control Engineering at University of Belgrade, Serbia, she’s been an engineer with a passion for cryptography, cybersecurity, and wireless systems. Milica is a researcher from Subotica, Serbia.
She also serves as a Reviewer at the Journal of Computer Sciences and Applications and. She writes for American and Asia-Pacific security magazines.
She is a volunteer with the American corner of Subotica as well as a lecturer with the local engineering society.