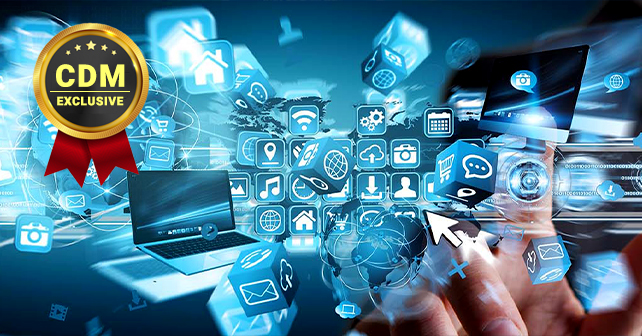 Did you know that 2018 marks the 30-year anniversary of the IBM I platform? Did you further know that IBM will announce the new POWER9 hardware this year? OK, those were easy. Here’s a real stumper: Did you know that nearly 75 percent of IBM i shops are using open source development tools on IBM I?

In 1986, IBM launched AIX®, its open standards-based UNIX operating system. Now, more than 30 years later, this popular platform runs on IBM POWER® servers and supports critical applications for organizations around the world. With such a strong presence in IT environments, AIX and its specific usage are of great interest to IT experts as they evaluate their own technology ecosystems in light of changing security, regulatory, and efficiency requirements. HelpSystems conducted a survey among 935 IT professionals from various industries around the world to gauge how AIX is being used and the role it will play for IT leaders in the coming years. Following are key findings as it relates to security.

IT pros report high satisfaction with AIX and rely on it to run critical business solutions. Although some plan to move to Linux and Windows, many will broaden their AIX footprint indicating the platform delivers the performance, reliability, and security core business processes demand.

Maintaining cybersecurity and high availability/disaster recovery capabilities are top of mind. While many organizations are proactively putting security solutions in place for their AIX servers, others state having no plans for such measures despite the prevalence of cybersecurity threats and regulatory requirements.

Few organizations plan to move away from AIX completely

Top IT concerns for AIX environments vary by industry, with high availability/disaster recovery, data growth, and cybersecurity cited most frequently. Among respondents in the top eight industries, which represented 94 percent of total respondents, there was some commonality in the top challenges selected. There are also notable plans for implementing security and compliance and reporting solutions across industries, perhaps to address compliance gaps for industry regulations.

Keeping sensitive information from falling into the wrong hands is top of mind for IT professionals. It seems like every week a new story comes out about a large data breach or an emerging threat. In this survey, 94.8 percent of respondents said their organizations are subject to regulatory compliance including Sarbanes-Oxley (SOX), PCI DSS, HIPAA, and GDPR. This means leaders in almost every industry are responsible for understanding evolving risks and putting the right technology in place as a preventative measure.

Cybersecurity is a top challenge for 44.8 percent of survey participants, and they highlighted numerous concerns that fall into this category. These include the feeling that management underestimates security risks (59.3 percent), the complexity of government and industry regulations (54.7 percent), and an overall lack of knowledge and skills (47.5 percent).

The good news is there is an array of powerful security solutions available, and IT professionals are either using or planning to implement many of these technologies in their AIX environments. When looking at solutions currently deployed, 66.1 percent have adopted anti-virus protection, 55.7 percent use network firewalls, and 50.2 percent use compliance and audit reporting tools. Many respondents noted plans to implement security solutions, with multi-factor authentication leading the pack at 44.8 percent followed by SIEM/SYSLOG solutions at 42.5 percent, and encrypted and secure managed file transfer at 42.1 percent.

Interestingly, there is a notable relationship between the number of IT security staff and plans to adopt new security applications. Organizations with two or fewer resources devoted to security are much more likely to forego technology in this area. For example, more than 27 percent have no plans to implement anti-virus protection, privileged user management, or multi-factor authentication. By comparison, companies with more than 10 security personnel reported 90.2 percent to have or plan to implement anti-virus protection, 99.1 percent have or plan to add privileged user management, and 95.2 percent have or plan to use multi-factor authentication.

AIX users are staying reasonably current with their hardware and software. Nearly 87 percent of those surveyed are either on AIX 7.1 or 7.2. Only 24.4 percent are using POWER6® technology, although some respondents that use this older version also have POWER8® and POWER7® servers. Almost 90 percent of AIX users have 11 or more partitions of AIX in their environments. As IBM lowers the cost of hardware while increasing the power of the server, we will see more and more partitions in this operating system.

It is also interesting to see that 66.7 percent of survey respondents run Linux or IBM I operating systems on the same servers they use to run AIX. The adoption rate for this is much higher than expected but shows consolidation has occurred even across the various OS offerings. When an organization hasn’t updated to a new OS level, it is generally a reflection of budget, the applications that need to run on the server, or a lack of necessity for adding an OS level or hardware.

AIX continues to be a highly valued operating system for IT professionals across many industries with more than half of those surveyed planning to increase or maintain their AIX footprint. Pressure on IT teams also continues to mount regarding challenges such as high availability/disaster recovery, cybersecurity, and data management. Regulatory requirements are driving the adoption of new security technologies, although companies with smaller cybersecurity teams are less likely to implement common solutions such as anti-virus and multi-factor authentication. Keeping ahead of changing cybersecurity threats means IT experts need to stay abreast of the most cost-effective method of protecting sensitive data and what makes the most sense in their environments.

Tom Huntington is Executive Vice President of Technical Solutions at HelpSystems and has been with the company for nearly 30 years. He works with business alliances, acquisitions, and large customer relationships and ensures that the HelpSystems software works with other major software and hardware vendors worldwide. He is the author of the HelpSystems IBM i Marketplace Survey and was named an IBM Champion in 2016, 2017, and 2018 for over three decades of advocation and thought the leadership on the IBM i platform. Tom can be reached online at @tjhuntington and at http://www.helpsystems.com/.