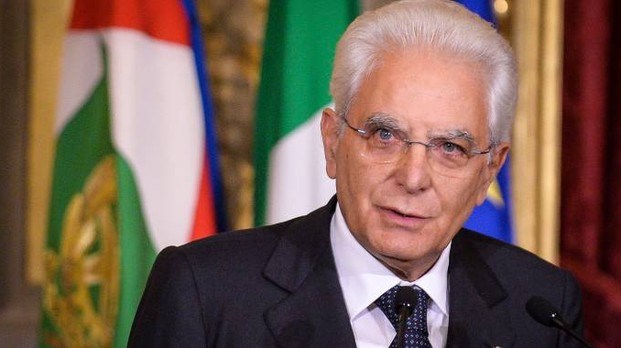 The Russian shadow behind the attack on Italian President Mattarella, a coordinated attack via Twitter involved hundreds of profiles inviting him to resign.

Cybersecurity experts and Italian media believe that the Italian President Sergio Mattarella is the last victim of the Russian troll farm.

On May 27 the late afternoon, thousands of Twitter profiles suddenly started spreading messages against the Italian president asking him to resign.

The messages appeared as a coordinated attack, they were using the hashtag #MattarellaDimettiti (Italian translation: “Mattarella resign”). Messages using this hashtag were rapidly spreading across the Internet, many other legitimate users started using it and it is quite easy to find similar legitimate message today.

But someone has triggered the protest online, someone who has clear interests to destabilize the Italian government.

Actual vice-premier Luigi Di Maio was asking for the indictment of President Mattarella who refused to endorse the choice of a candidate to the Minister of Economy because of his known anti-euro position.

The analysis of social media Twitter revealed that around at two o’clock in the morning there was an anomalous spike in the number of messages against the President Mattarella.

Were they sleepless Italians or someone was attempting to influence the sentiment of the population on specific topics?

According to the Huffington Post Italy, in just a few minutes there were about 400 new profiles, that were traced back to a single origin, coordinating the misinformation campaign.

The Huffington Post reported that the Italian law enforcement Polizia Postale confirmed that the source of the campaign was one, but due to countermeasures adopted by the attackers was impossible to find the control room and attribute the attack to a specific threat actor.

“It is well known that, with high probability, it should have been created abroad, even if no one is able to say whether the Russian operators involved in disruptive actions in the American election campaign are involved.” states the Huffington Post citing the Italian newspaper Corriere dellaSera.

According to the Huffington Post, at least twenty Twitter profiles involved in the attack against Italian President Mattarella belonging to completely unsuspecting Italians had been used one or more times by the Internet Research Agency (Ira) of Saint Petersburg, also known as the Russian troll factory.

The same accounts were involved in other propaganda campaigns in favor of populist parties, sovereignists, and anti-Europeans.

This is the conclusion of an analysis conducted on a sample composed of 67% of the archive related to the activity of the Internet Research Agency (Ira) that was published by the Firethirtyeight website.

The website published 3 Million Russian Troll tweetsthat were analyzed by the US prosecutor Robert Mueller as part of the investigationof the Russian influence on the 2016 Presidential election.

The huge number of tweets was collected by the researchers Darren Linvill and Patrick Warren from the Clemson University.

The archive includes roughly 16,000 tweets in the Italian language, according to the Italian newspaper Corriere della Sera, some of the accounts were particularly active and were fueling discussions against government representatives.

Now let me close with a simple consideration … the propaganda online attributed to the Internet Research Agency is really very noisy, and I fear it was designed to be so, likely under a wider diversionary strategy.

Involving more sophisticated technologies it is possible to obtain better results, let’s think of the involvement of artificial intelligence.

Putin said several times that the nation that leads in AI ‘will be the ruler of the world,’ and I’m sure that the involvement of machine learning systems in a troll factory can produce results much better than actual ones.

Is the Internet Research Agency itself the result of a bigger troll farm the already leverage artificial intelligence?