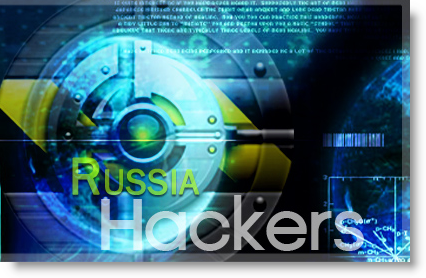 The Russia-linked APT28 group targets Senator Claire McCaskill and her staff as they gear up for her 2018 re-election campaign.

This time the target is Senator Claire McCaskill and her staff as they gear up for her 2018 re-election campaign.

The news was reported by The Daily Beast, McCaskill always expressed criticism of Russia and its aggressive strategy in the cyberspace. McCaskill has repeatedly accused the Russian Government of “cyber warfare against our democracy,” she defined President Vladimir Putin as a “thug” and a “bully.”

Russian cyberspies launched spear-phishing attacks against the member of the staff aimed at stealing their credentials, a tactic already used against Hillary Clinton campaign manager John Podesta in 2016.

“The attempt against McCaskill’s office was a variant of the password-stealing technique used by Russia’s so-called “Fancy Bear” hackers against Clinton’s campaign chairman, John Podesta, in 2016.” reads the reportpublished by The Daily Beast.

“The hackers sent forged notification emails to Senate targets claiming the target’s Microsoft Exchange password had expired, and instructing them to change it. If the target clicked on the link, he or she was taken to a convincing replica of the U.S. Senate’s Active Directory Federation Services (ADFS) login page, a single sign-on point for e-mail and other services.”

In July, Microsoft helped the US Government is protecting at least three 2018 midterm election candidates from attacks of Russian cyberspies.

The hackers sent spear-phishing messages to the candidates, the messages included links to a fake Microsoft website used by the cyberspies to trick victims into providing their credentials.

“Earlier this year, we did discover that a fake Microsoft domain had been established as the landing page for phishing attacks,” said Tom Burt, Microsoft’s vice president for customer security.

“And we saw metadata that suggested those phishing attacks were being directed at three candidates who are all standing for election in the midterm elections.”

Once Microsoft discovered the phishing website it has taken down it and helped the US government to “avoid anybody being infected by that particular attack.”

“In October, Microsoft wrested control of one of the spoofed website addresses—adfs.senate.qov.info. Seizing the Russians’ malicious domain names hasbeen easy for Microsoft since August 2017, when a federal judge in Virginia issued a permanent injunction against the GRU hackers,after Microsoft successfully sued them as unnamed “John Doe” defendants.” continues the report.

Microsoft made sinkholing of the website, in this way it was able to track victims of the attacks that were redirected to the phishing attack.

The Daily Beast identified McCaskill as a target while investigating statements made by Microsoft VP Tom Burt during his speech at the Aspen Security Forum.

McCaskill released a statement confirming that cyberattack was unsuccessful.

“Russia continues to engage in cyber warfare against our democracy. I will continue to speak out and press to hold them accountable,” McCaskill said.

“While this attack was not successful, it is outrageous that they think they can get away with this. I will not be intimidated. I’ve said it before and I will say it again, Putin is a thug and a bully.”