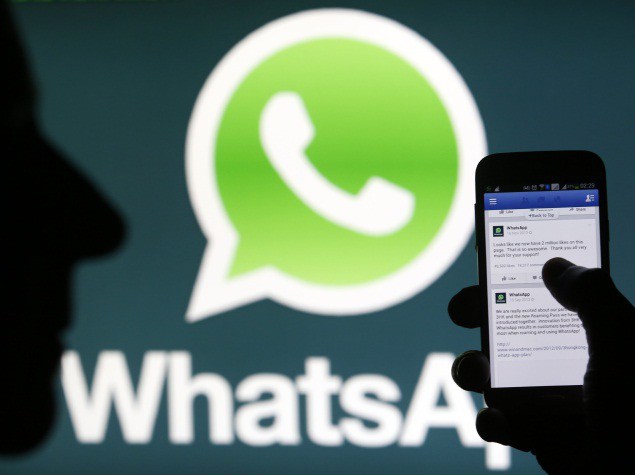 WhatsApp has been found vulnerable to multiple security flaws that could allow malicious users to spread fake news through group chats.

WhatsApp, the most popular messaging application in the world, has been found vulnerable to multiple security flaws that could allow malicious users to intercept and modify the content of messages sent in both private as well as group conversations.

Researchers at security firm Check Point have discovered several vulnerabilities in the popular instant messaging app Whatsapp, the flaws take advantage of a bug in the security protocols to modify the messages.

An attacker could exploit the flaws “to intercept and manipulate messages sent by those in a group or private conversation” as well as “create and spread misinformation”.

The issues affect the way WhatsApp mobile application communicates with the WhatsApp Web and decrypts the messages using the protobuf2 protocol.

The flaws allow hackers to abuse the ‘quote’ feature in a WhatsApp group conversation to change the identity of the sender, or alter the content of members’ reply to a group chat, or send private messages to one of the group members disguised as a group message.

Experts pointed out the that flaws could not be exploited to access the content of end-to-end encrypted messages and in order to exploit them, the attackers must be already part of group conversations.

“Check Point researchers have discovered a vulnerability in WhatsApp that allows a threat actor to intercept and manipulate messages sent by those in a group or private conversation.” reads the blog post published by the experts.

“The vulnerability so far allows for three possible attacks:

The experts demonstrated the exploitation of the flaws by changing a WhatsApp chat entry sent by one member of a group.

Below a video PoC of the attack that shows how to modify WhatsApp Chats and implements the three different attacks.

“By decrypting the WhatsApp communication, we were able to see all the parameters that are actually sent between the mobile version of WhatsApp and the Web version. This allowed us to then be able to manipulate them and start looking for security issues.” states the experts.

The extension is available on Github, it requires the attacker to provide its private and public keys.

“The keys can be obtained from the key generation phase from WhatsApp Web before the QR code is generated:” continues the report published by the experts.

“After we take these keys we need to take the “secret” parameter which is sent by the mobile phone to WhatsApp Web while the user scans the QR code:”

Experts demonstrated that using their extension an attacker can:

The experts reported the flaws to WhatsApp, but the company explained that end-to-end encryption if not broken by the attacks.

“We carefully reviewed this issue and it’s the equivalent of altering an email to make it look like something a person never wrote.” WhatsApp said in a statement.

“This claim has nothing to do with the security of end-to-end encryption, which ensures only the sender and recipient can read messages sent on WhatsApp.”

“These are known design trade-offs that have been previously raised in public, including by Signal in a 2014 blog post, and we do not intend to make any change to WhatsApp at this time,” WhatsApp security team replied to the researchers.

Checkpoint experts argue that the flaws could be abused to spread fake news and misinformation, for this reason, it is essential to fix the flaws as soon as possible along with putting limits on the forwarded messages.