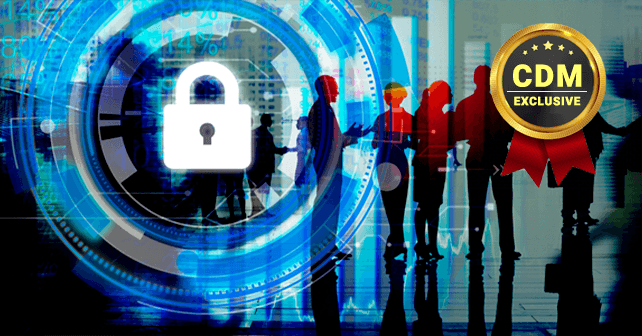 Just as healthcare organizations were a popular target of ransomware attacks over the past two years, public sector organizations (including school districts, municipalities and local and state public agencies) – now seem to be active targets.

Most recently, three school systems in the state of Louisiana were victims of malware attacks, which shut down phone systems and locked and encrypted data. The event was deemed serious enough that Gov. John Bel Edwards issued a state of emergency which allows the state to access resources from the state’s National Guard, technology office and state police to remediate the intrusions.

School Systems and Local Governments are an Increasing Target

But Louisiana school systems are not alone. In fact, according to CNN there have been as many as 22 known public sector attacks to date this year, already outpacing 2018. Among them is a RobinHood ransomware infection on April 10 which impacted computers operated by employees in the city of Greenville, North Carolina; a Ryuk ransomware attack on April 13 which hit both Imperial County, Calif. and the city of Stuart, Fla. forcing websites to go dark and consumer service shutdowns; and the still-unspecified malware that struck the municipally-owned Cleveland Hopkins International Airport on April 21 causing flight and baggage information to go down.

Perhaps a more heavily reported municipal ransomware attack was just over a year ago when the city of Atlanta was crippled by SamSam ransomware. As a result of that attack the city ended up spending $2.6 million in hard costs alone to respond to the attack – reportedly 52 times the amount of the $50,000 ransom attackers demanded. Reports of the full cost to the city of Atlanta show an actual cost of more than $17 million. SamSam was also the cause of the attack the Colorado Department of Transportation experienced in February 2018 for which is also activated a state of emergency which helped to activate state resources to help with traffic, road management, and transportation.

But the state of emergency called by Louisiana is different. It centers more squarely on gaining assistance from cybersecurity experts across multiple government agencies to help speed the recovery process. While mitigating cost, like what Atlanta reportedly paid, maybe one reason Louisiana called a state of emergency, it also signals to residents (and attackers) they are taking the breach very seriously and looking to recover as quickly as possible.

While Louisiana works to get its impacted school systems back in action, the question is raised: “Can it happen in my local schools? Will an attack hit my city’s systems?” The answer is of course, “yes it can.” However, there are steps that can be taken to make the risk much lower. Consider these three steps:

In short, the recommendations of patching, user education, and privilege management, are critical pieces to prepare for and prevent cyberattacks. These steps are particularly important for public sector organizations and school systems where budgets may be tighter and resources slimmer. However, taking these steps can be made easier through best-in-class software solutions that use automation to apply the necessary protections. When properly implemented they can stave off risky, and costly attacks without placing an undue burden on security and IT teams.

Phil Richards is the Chief Information Security Officer for Ivanti and is CEO of an IT Security Consulting firm. He has held other senior security positions, including the head of operational security for a medical device manufacturer, Chief Security Officer for a financial services corporation and Business Security Director for an investment company. In his various leadership roles, he has created and implemented Information Security Policies, has led organizations through many local, US Federal and international compliance efforts, has implemented security awareness programs, and established comprehensive compliance security audit frameworks based on industry standards. He has implemented Enterprise Risk Management and global privacy programs to address compliance and privacy internationally as well as for specific regions such as the European Union and Australia. Phil has been the recipient of multiple CISO of the Year awards, written and spoken extensively on a variety of security topics, and conducted training workshops for current and future CISOs, CIOs and Board Members. Transforming an organization requires a focus on the objectives, clear communication, and constant coordination with executive leadership, which is where Phil has focused during his security career.

Credit Cards, Cash and Compliance, Oh My! Eliminating Audit Fatigue in The Financial Services Sector How Next-Gen Identity Governance and Administration (IGA) Fits in with Your Hybrid IT Strategy Redefining Digital Risk: 3 Considerations for Your Cybersecurity Strategy in 2021 When it comes to your zero trust strategy, a modern approach to IGA is key 5 Steps to Protect Your Organization from the Next Ransomware Attack Are Your Organization’s Critical Assets Five Steps or Fewer from A Cyber Attacker? Top Tips For Securing Your DevOps Environment Rise of BYOD Once Again
September 8, 2019