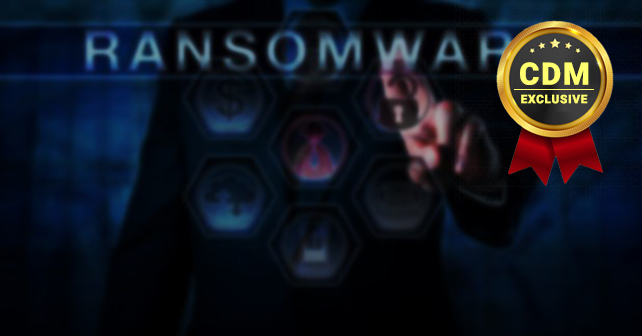 The ransomware attacks could cause the sabotage of your entire IT infrastructure and you would agree with us that it’s not pleasant at all to get your files or machines being locked and seeking from you some sort of the fees in order to stop that incontinent situation. In so many cases, you would not be sure if those campaigns could promise you that your data would get saved even if you pay for the ransom. On the other hand, this sort of attacks would give you the time limitation for paying for the fees and that could indicate some sort of psychological operations being directed to the common people.

Why would we believe that the ransomware attacks could get correlated with some sort of psychological operations? First, if you need to pay for any sort of the blackmail within the restricted period of time – you would cope with the higher amount of anxiety, stress and even paranoia. This is quite unsuitable, right? It would appear that such an application would terrorize you trying to make you fulfill its demands. Here we come to the crucial words – being terrorized! We know quite well that any timing requirement being the part of a security solution would only assure your defense. Further, if anyone would blackmail you with any sort of sabotage giving you the limited time to pay for your security – you would undoubtedly get in position to deal with the psychological operations.

The ransomware products are the new generation malware and they would cause quite frightening effects. So, if you would feel anyhow anxious, scared, stressed and even paranoid about this sort of the threats – you should think twice about the background of such a project. It’s well-known that in defense mainly the terrorist organizations would show the intent to conduct some sort of psychological operations. So suddenly, your computer would put you under the pressure and you would feel so powerless in front of such a threat. That’s exactly the effect so many terrorist groups would want to make. In this article, we would talk a bit more how the ransomware attacks could get correlated with the secret terrorist projects and why it is important to develop strong countermeasures for this type of scenario.

Today’s black market would offer plenty of new technologies including ransomware solutions. This sort of product would get developed as part of some cybercrime project that could get sponsored by so many malicious actors’ organizations. The point of this effort is not to claim anything, but rather to try to provide a rational discussion dealing with the deep logical flow. In the other words, we would not make any suggestions on for a reason that could be speculative only and as the purpose of this effort; we would see the quite critical review of the ongoing circumstances. So, we would get aware of that the black market is the place that could offer you the heaps of goods and services. The well-paid projects are those being accomplished by so skillful malware developers.

These guys would work so hard independently or as a team in order to create the new piece of the code that could cause harm to someone’s IT asset. Next, it’s also well-known that someone would pay for such a project and from the current perspective; it may appear that the cybercrime underground would develop such malware for a reason to make a profit over the victims’ vulnerabilities.

So, if the situation is as getting indicated – it could get quite clear that his new innovation in the area of cybercrime could be the handy method for making the money on. On the other hand, we would notice that there would be some side effects with this project targeting the people’s mind and psyche. In other words, all of these could get correlated with psychological operations. Our idea is that the terrorist groups could stand behind those projects. Maybe they would not develop the entire code, but they would define the requirements how such an application should work. If you are running out of the time, you would feel uncomfortable at least and in the case of the ransomware attacks when you are aware of that your entire business could go to waste, your level of anxiety, stress, and paranoia would only go up and up. The ransomware projects got launched on the black market and it’s quite logical that the cybersecurity experts would investigate these malicious codes and try to find the adequate response to such a threat.

The terrorist organizations would be more than happy to see the western people suffering such a sort of the attacks and we would not get surprised if they would sponsor those projects. In this effort, we would only make the linkage between the ransomware solutions and terroristic psychological operations. We would not try to convince anyone to believe into these suggestions, but rather try to warn the authorities to get such an idea in mind – once they make a decision to investigate such a case deeply. Apparently, the fact is someone would get the idea to develop the piece of the malicious code that would terrorize the people in order to make them suffer the wide spectrum of negative emotions and feelings. The modern cyber defense has developed some countermeasures to these situations, but that’s not enough – because the black market would get flooded with the new and new technological offerings. The main question here would be who would stand behind these intelligently designed weapons. We would call these offerings the weapons for a reason they would literarily serve as the tools for making the profit on and conducting the psychological campaigns as well.

The main question here would be if the new generation threats would serve as the cyber weapons whose role would be to raise our blood pressure on. The fact is that we are living in the quite turbulent part of the history and we should get aware of so many adversaries that would wish to cause harm to the majority of common people. The role of defense should be to try to resolve such situations and we think there is still a lot of time and hard work to get invested into this sort of challenges in order to get tackled.

Milica D. Djekic is an Independent Researcher from Subotica, Republic of Serbia. She received her engineering background from the Faculty of Mechanical Engineering, University of Belgrade. She writes for some domestic and overseas presses and she is also the author of the book “The Internet of Things: Concept, Applications and Security” being published in 2017 with the Lambert Academic Publishing. Milica is also a speaker with the BrightTALK expert’s channel and Cyber Security Summit Europe being held in 2016 as well as CyberCentral Summit 2019 being one of the most exclusive cyber defense events in Europe. She is the member of an ASIS International since 2017 and contributor to the Australian Cyber Security Magazine since 2018. Her fields of interests are cyber defense, technology, and business.