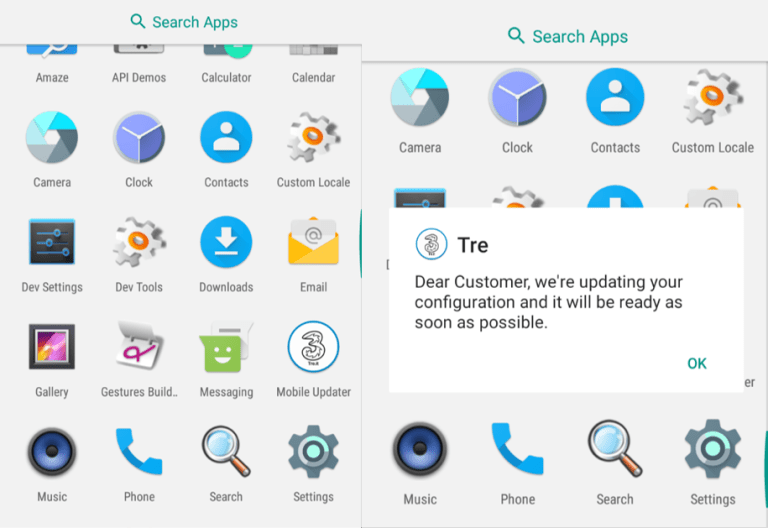 The Skygofree spyware analyzed by Kaspersky today was first spotted by the researcher Lukas Stefanko and the first analysis was published last year experts at CSE Cybsec ZLab.

Security researchers at Kaspersky Lab have made the headlines because they have spotted a new strain of a powerful Android spyware, dubbed Skygofree, that was used to gain full control of infected devices remotely.

Skygofree is an Android spyware that could be used in targeted attacks and according to the experts it has infected a large number of users for the past four years.

The name Skygofree is not linked to Sky Go, which is the subsidiary of Sky and does not affect its services.

The malware has been in the wild at least since 2014, and it was improved several times over the years.

“At the beginning of October 2017, we discovered new Android spyware with several features previously unseen in the wild. In the course of further research, we found a number of related samples that point to a long-term development process. We believe the initial versions of this malware were created at least three years ago – at the end of 2014.” reads the analysis published by Kaspersky.

“Since then, the implant’s functionality has been improving and remarkable new features implemented, such as the ability to record audio surroundings via the microphone when an infected device is in a specified location; the stealing of WhatsApp messages via Accessibility Services; and the ability to connect an infected device to Wi-Fi networks controlled by cybercriminals.”

In this post, I’ll show you that the malware was first found by the security researcher at ESET Lukas Stefanko and the first detailed analysis of the spyware (titled “Malware Analysis Report: Fake 3MobileUpdater“) was published by the experts at the CSE Cybsec ZLab.

According to Kaspersky, Skygofree has being distributed through fake web pages mimicking leading mobile network operators. The attackers registered some of the domains used in the attack since 2015.

The most recently observed domain was registered on October 31, 2017, according to Kaspersky data the malicious code was used against several infected individuals, exclusively in Italy.

The team of researchers at CSE CybSec ZLab analyzed in November a fake 3 Mobile Updater that was used pose itself as a legitimate application of the Italian Telco company, TRE Italia.

“The most classic and efficient method used to lure the users is to believe that the application does something good. This is just what 3 Mobile Updater does. In fact, this malicious Android application looks like a legitimate app used to retrieve mobile system update and it improperly uses the logo of the notorious Italian Telco company, TRE Italia, in order to trick victims into trusting it.” reads the report published by CSE CybSec.

The analysis conducted by Kaspersky suggests the involvement of an Italian firm due to the presence in the code of strings in Italian.

“As can be seen from the comparison, there are similar strings and also a unique comment in Italian, so it looks like the attackers created this exploit payload based on android-rooting-tools project source code.” states Kaspersky.

The CSE CybSec researchers arrived at the same conclusion, below a portion of the code analyzed by the members of the ZLab.

“Moreover, both in the logcat messages and in the code, the malware writers used the Italian language. So, we can say with high confidence that this malicious app has been written by an Italian firm that intended to target users of the Italian telco company Tre.” CSE wrote in the analysis.

The artifacts analyzed by Kaspersky in the malware code and information gathered on the control infrastructure suggest the developer of the Skygofree implants is an Italian IT company that works for surveillance solutions.

Kaspersky Lab has not confirmed the name of the Italian company behind this spyware, we at the CSE CybSec ZLab opted for the same decision in October due to the possible involvement of law enforcement or intelligence Agencies.

Unfortunately, the OPsec implemented by the firm is very poor. The name of the company is present in multiple reference of the code. Not only, one of the domains used to control registered by the attacker is linked to an Italian technology company.

“Although the security firm has not confirmed the name of the Italian company behind this spyware, it found multiple references to Rome-based technology company “Negg” in the spyware’s code. Negg is also specialized in developing and trading legal hacking tools.” states the blog post published by THN.

Once installed, Skygofree hides its icon and starts background services to conceal its malicious actions from the victim, one interesting feature implemented by the malicious code prevents its services from being killed.

“Interestingly, a self-protection feature was implemented in almost every service. Since in Android 8.0 (SDK API 26) the system is able to kill idle services, this code raises a fake update notification to prevent it” continues Kaspersky.

According to Kaspersky, the Skygofree malware was enhanced since October implementing a sophisticated multi-stage attack and using a reverse shell payload.

The malicious code includes multiple exploits to escalate privileges for root access used by attackers to execute sophisticated payloads, including a shellcode used to spy on popular applications such as Facebook, WhatsApp, Line, and Viber.

The same spying abilities were implemented in the app we analyzed at the CSE CybSec.

“The capabilities of this malicious app are enormous and include the information gathering from various sources, including the most popular social apps, including Whatsapp, Telegram, Skype, Instagram, Snapchat. It is able to steal picture from the gallery, SMS and calls registry apps. All this data is first stored in a local database, created by the malicious app, and later it is sent to the C2C.” reads the preliminary analysis published on SecurityAffairs.

Skygofree is able to take pictures and videos remotely, monitor SMS, call records and calendar event, of course, it also able to gather target’ location and access any information stored on the mobile.

Skygofree also can record audio via the microphone, the attacker can also force the victim’s device to connect to compromised Wi-Fi networks it controls in order to conduct man-in-the-middle attacks.

The best way to prevent yourself from being a victim is to avoid downloading apps via third-party websites, app stores or links provided in SMS messages or emails.

I asked my colleague Dr. Antonio Pirozzi, Director of the CSE CybSec ZLab, to compare the stubs of code shared by Kaspersky with the ones related to the code we analyzed back in November.

This is what has emerged:

These classes are identical:

Many part of the code are identical, both source code include string in Italian and the reference to the Italian firms are the same. The version analyzed by Kaspersky is a new version of the malware analyzed by CSE CybSec ZLab.

Kaspersky also shared the URL from which the spyware is downloaded and one of them was related to the version we analyzed (Fake 3 mobile updater).

The two version of the malware shared numerous classes, C&C server, Whois records and many other info.  The sample analyzed by CSE was probably still under development.