Pay2Key ransomware operators claim to have compromised the network of the Intel-owned chipmaker Habana Labs and have stolen data.

​Intel-owned AI chipmaker Habana Labs was hacked by Pay2key ransomware operators who claim to have stolen from the company.

The group announced the hack on Twitter, they claim to have stolen sensitive data, including information about a new artificial intelligence chip code named Gaudi.

The hacked shared a link to a leak directory and images of the source code and internal processes belonging to the hacked company. 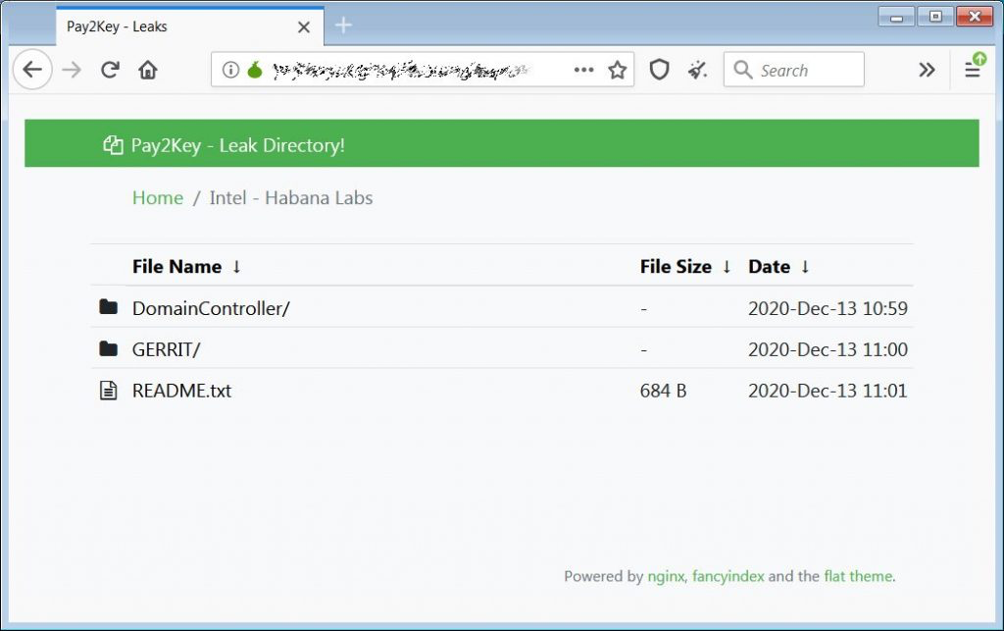 At the time of this writing, it is not clear the ransom demands, it is only known that the gang gave to Habana Labs “72hrs to stop leaking process.”

Researchers from Profero speculate that the Pay2Key gang was an Iran-based crew because they used ransom payment wallets operated by Iranian bitcoin exchanges.

This week @_CPResearch_ released an analysis of ransomware targeting Israeli SME dubbed "Pay2Key". Using intelligence sources and our latest CryptoCurrency monitoring capabilities, we have been able to track the exit strategy of the threat actors leading to Iranian exchange. pic.twitter.com/64WzsonAjQ