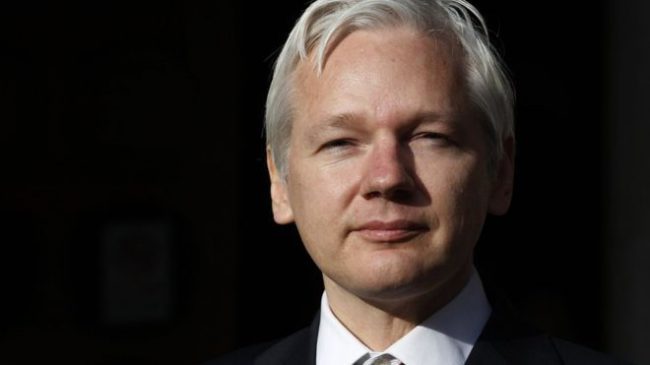 According to The Guardian newspaper, Ecuador spent millions on spy operation for Julian Assange after he hacked the embassy network.

According to a report published by the Guardian, Ecuador spied on WikiLeaks founder Julian Assange at its London embassy where he took in political asylum since 2012,

In 2012 a British judge ruled he should be extradited to Sweden to face allegations of sexual assault there, but Assange explained that they were political accusations.

“Ecuador bankrolled a multimillion-dollar spy operation to protect and support Julian Assange in its central London embassy, employing an international security company and undercover agents to monitor his visitors, embassy staff and even the British police, according to documents seen by the Guardian.” reads the report published by The Guardian.

“Over more than five years, Ecuador put at least $5m (£3.7m) into a secret intelligence budget that protected the WikiLeaks founder while he had visits from Nigel Farage, members of European nationalist groups and individuals linked to the Kremlin.”

The newspaper revealed Equador spent $5.0 million on the operation codenamed “Operation Guest” and later “Operation Hotel” that was approved by the then Ecuadorian president, Rafael Correa, and the then foreign minister, Ricardo Patiño.

Initially, the operation aimed at the Assange’s protection, but later became a spying operation on the journalist. From June 2012 to the end of August 2013, Operation Hotel cost Ecuador $972,889, according to documents belonging to the Senain, the Ecuadorian intelligence agency.

The experts hired by Equador monitored Assange’s daily activities and any contact with external staff and visitors, the stayed in a rented flat near the embassy at a cost of £2,800 a month.

“Documents show the intelligence programme, called “Operation Guest”, which later became known as “Operation Hotel” – coupled with parallel covert actions – ran up an average cost of at least $66,000 a month for security, intelligence gathering and counter-intelligence to “protect” one of the world’s most high-profile fugitives.” continues the newspaper. the paper said.

According to The Guardian, that cited documents it has vieved, Assange hacked the communications system within the embassy gaining access to staff communications.

“In an extraordinary breach of diplomatic protocol, Assange managed to compromise the communications system within the embassy and had his own satellite internet access, according to documents and a source who wished to remain anonymous.” continues the paper

“By penetrating the embassy’s firewall, Assange was able to access and intercept the official and personal communications of staff,”

In response, Ecuador has forbidden internet access for Assange in recent months with the installation of a jammer, the Government as also restricted the number of visitors he can receive.

“Assange claims the accusations were politically motivated and could lead to him being extradited to the United States to face imprisonment over WikiLeaks’ publication of secret US military documents and diplomatic cables in 2010.” reported the AFP agency.

“Ecuador in December made Assange an Ecuadoran citizen and unsuccessfully tried to register him as a diplomat with immunity as part of its efforts to have him leave the embassy without risk of being detained.”

Last year, Sweden dropped its investigation on Assange, but the British authorities still plan to arrest him for breaching his bail conditions.

BIOPASS malware abuses OBS Studio to spy on victims Experian API exposed credit scores of tens of millions of Americans Hundreds of millions Of Dell PCs affected by CVE-2021-21551 flaws A 16-year-old bug (CVE-2021-3438) in printer driver affects millions of printers worldwide A Modern Cybersecurity Fight Requires a Modern Approach to Regulatory Oversight Cyber Insurance: a fast-changing landscape How To Design and Build Longer Lasting Drones Microsoft Support Diagnostic Tool Vulnerability: What to Learn from It and How to Stay Safe
May 17, 2018