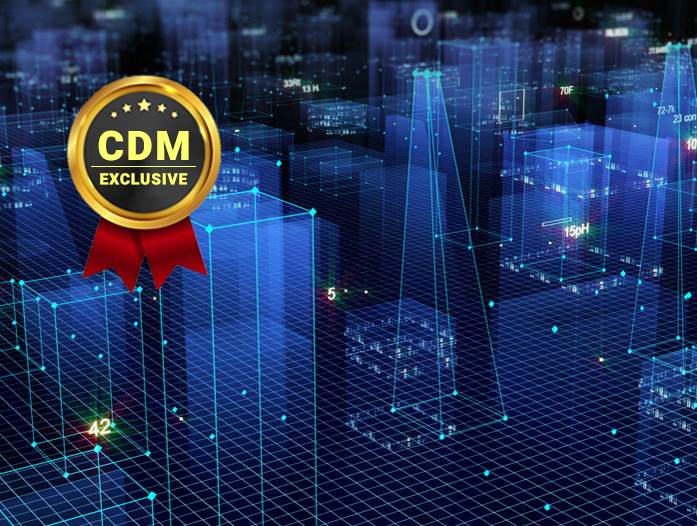 Matching Resources and Business Risk with the Right Solution

Gaining visibility and responding to attacks across the entire enterprise infrastructure (endpoints, servers, applications, SaaS, cloud, users, etc.) is a very tall order in today’s cybersecurity environment. Enterprises are forced to create complex security stacks consisting of SIEM, UEBA, SOAR, EDR, NDR, TIP and other tools in order to meet this challenge. For many enterprises, SIEM is the main tool for aggregating and analyzing data from the infrastructure. Nearly half of enterprises report that they are not satisfied with their SIEMs [1], but all enterprises will be quick to point out the amount of capital, time and resources they have poured into standing up and maintaining their SIEMs. Open XDR is emerging as a new approach addressing the challenge of gaining visibility and responding to attacks across the entire enterprise infrastructure. In this article, we’ll look at how Open XDR and SIEM measure up as security solutions.

Gartner defines XDR, or eXtended Detection and Response, as “a unified security incident detection and response platform that automatically collects and correlates data from multiple proprietary security components.” This definition, dating back to 2020, does not capture Open XDR as an emerging category of XDR that collects and correlates data from all existing security components, not just proprietary or single-vendor ones. So, Open XDR is defined the same as Gartner’s XDR definition except that it ends with “all existing security components, delivered via an open architecture”. The Open vs. Native XDR difference is discussed in detail in another article. In this article, we focus on Open XDR as it compares to SIEM. So

Open XDR has the following technical requirements to fulfill the promise of the above definition:

Sound similar to SIEM plus a little SOAR? That’s because it is. However, there are major architectural differences that allow Open XDR to deliver on many of the promises of SIEMs where SIEMs have fallen short.

Gartner defines SIEM, or Security Information and Event Management, as technology that “supports threat detection, compliance and security incident management through the collection and analysis (both near real time and historical) of security events, as well as a wide variety of other event and contextual data sources.” This definition is notably similar to the definition of XDR. Architecture is where the biggest differences lie, but purely definitionally a SIEM was named after its main purpose – to manage information and events. XDR was also named after its main purpose – to detect and respond. This may seem like a minor point, but this difference in business purposes is what drives the architectural approach, and is why SIEMs are so capital-intensive in today’s security environment.

This comparison focuses only on the differences. There are a number of technical similarities including long-term storage, open integrations with security tools, cloud-nativity, and efficient search and threat-hunting. However, Open XDR has five key architectural differences from SIEMs:

Differences 1 and 2 go hand in hand. In order to build and maintain meaningful AI in any industry, the data problem must be solved. In security, that means data must be centralized, normalized and enriched to reduce data complexity. If data is modeled differently at each deployment of a platform, it will be an impossible problem to maintain AI models. XDR forces data to be modeled the same way across each deployment before data lands into a Data Lake; data is only available in its normalized and enriched state. SIEM either provides this as optional functionality or does not provide this feature at all; in the optional case, normalization and enrichment is treated as a post-processing step on raw data that is already stored.

In summary, on technical differences 1 and 2, Open XDR forces normalization and enrichment on data, so it is capable of building meaningful AI that correlates events and alerts together. For the same reasons, SIEM architecture is not able to produce an AI engine of the same fidelity because of its treatment of data. SIEMs will be able to leverage AI, but it will be difficult to scale.

Technical difference 3 comes down to an Open XDR performing correlation and response in the same platform. A higher order construct of an incident (multiple related alerts) is automatically produced in an Open XDR platform, and that is responded to holistically. A SIEM must pass alerts to a SOAR, which must correlate alerts together with rules without the deep context of everything happening in the environment. Open XDR produces a response just like a SIEM and SOAR does, but the response fidelity is much greater with XDR because it is orchestrated from the same platform performing detections and AI-driven correlations, where all the data is available.

The final technical difference is centered around the approach to building and maintaining the overall security stack. Open XDR was designed to unify all key tools for security operations such that they can be orchestrated from one platform. Many SIEMs offer long lists of plugins and deep levels of customization, but that puts the onus on the users to build and configure their system.

For the enterprise, these technical differences influence the capital, time and resources it takes to run a security platform. SIEMs are open-ended technologies, so they are going to be expensive to operate. Open XDR platforms are security prescriptive technologies, and therefore enterprises will be much more efficient when employing them.

Finally, while not strictly technical differences, two areas where SIEMs have focused much more are on heavy compliance-related storage and use of the same platform for IT Operations. XDR is designed for the outcome of detection and response. It can still meet compliance requirements, but it was not designed for that from the start. IT Operations in the same platform is something that only SIEM can claim, as Open XDR is strictly focused on security.

“Next Gen” anything signals something that is better, not different. NG-SIEMs are better than SIEMs in the hypothetical sense. Open XDR is different from both. NG-SIEMs brought huge advancements in many areas where legacy SIEMs were not keeping up with the demands of today’s security environment. Notable improvements are:

NG-SIEMs certainly close the capability gap between Open XDR and SIEM, but the architectural differences remain the same.

Some Vendors Say They Offer A SIEM And An XDR Platform – What Gives?

There are many similarities between SIEM and Open XDR, as noted above. The technical differences are nuanced, but have major implications on business value and capital required to operate. There are two claims vendors are making if they are using both SIEM and Open XDR to describe their product.

The first claim vendors may make is that they may use “SIEM Capabilities” to refer to their Open XDR platform having all the important capabilities of a SIEM – open collection, storage, search, reporting, cloud-native – as a way to describe how Open XDR can be deployed in an enterprise security stack, specifically to replace an existing SIEM.

The second claim vendors may make is to say that their platform is both a SIEM and an Open XDR platform. This is a confusing point likely to ensure that the vendor does not miss out on potential category marketing and can sell a product to customers regardless of whether they are looking for SIEM or Open XDR. As discussed above however, SIEM and Open XDR are different, so the same product cannot be both.

Navigating The Collision Course Of XDR And SIEM

XDR is on a collision course with SIEM and SOAR, as noted by Forrester [2]. Enterprises need to approach both technology categories with their long-term business outcomes and available resources  in mind. Is high fidelity, automated detection and response out of the box more important? Is the capability of response from the same platform by the same team critical to reduce the attack dwelling time? Is the team short-staffed and/or needs lots of training to run the tool? These are the key questions enterprises must bring to the table when defining their security stack strategy and deciding whether XDR or SIEM is right for them.