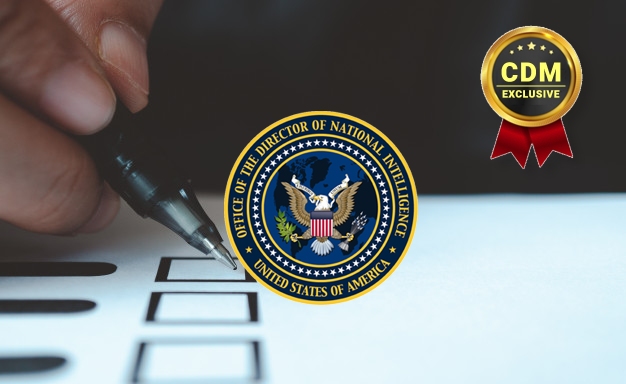 Today, the ODNI announced that the U.S. Intelligence Community (IC) will lead all intelligence-based threat briefings to candidates, campaigns, and political organizations under the U.S. Government’s notification framework. Bill Evanina, the Director of the National Counterintelligence and Security Center, will serve as the IC’s leader to this critical effort.

“US elections are the foundation of our nation’s democracy. We are committed to supporting this Administration’s whole-of-government effort to secure the 2020 election,” said Evanina.

This change represents an important improvement and simplification to the threat notification process. The IC will continue to work in partnership with FBI and DHS to identify and integrate threat information, and Evanina and the elections team will act swiftly to deliver the timely and thorough assessments to those affected by potential malicious influence.

In America, your most sacrosanct right, is to vote for your next President. If your vote is tampered with, we have a serious problem in our great Republic. You can learn much about this problem at http://www.blackboxvoting.org.

Let’s say you go to vote and you notice when you click on one candidate, it clicks to another. Well, don’t let it surprise you that many voting machines are built by companies who are funded by billionaires that want to affect the USA elections. This could be much worse than alleged “Russians” hacking our elections (because it’s so hard to hack our elections remotely, today, but one day when all election gear is on the internet, expect it).

I recall in 2014, when the Federal Election Commission (FEC) got word that there was wireless access hackable voting gear in Virginia, they made a great decision – No election gear can be accessable over Wifi or the Internet. Period. End of story (for now at least).

Let me repeat – since 2014, our election gear was forced OFF WIFI and OFF THE INTERNET. You can’t hack and change votes unless you have PHYSICAL ACCESS to the ELECTION GEAR and it’s a limited quantity in various states whereby a change to the memory card could cause flipped votes.  Which means the best way to hack an election is to miscount, move to mail in voting or put all the voting gear on the internet.

Then, to balance out the coin, on the other side, you have the Diebold voting systems. Hugh Thompson, whom I have immeasurable respect for, who Chairs the RSA Conferences (biggest INFOSEC conferences in the world) ran this little test and found that these could be easily hacked to flip the votes: https://www.facebook.com/protectingtheusa/videos/1010687715710566/ and this one: https://blog.cylance.com/cylance-discloses-voting-machine-vulnerability

So, if the Russians planted actors with PHYSICAL ACCESS to our voting equipment then YES they could hack the election, physically. It’s more likely a Physical attack comes from those employed during the elections, whether conspiratorially organized by one party or another. As I already wrote, in more detail, here: https://www.linkedin.com/pulse/cyber-expert-says-russia-cannot-hack-us-elections-unless-miliefsky?trk=pulse_spock-articles

Historically, there’s an important point as well, why we are a Republic and why the ELECTORAL COLLEGE? In a Democracy, 51% rule and can kill off the other 49% if they chose. In a Republic, it’s the will of the People. In regard to the most recent Presidential election, there are 3,141 counties in the United States of America. Trump won 3,084 of them. Clinton won 57. There are 62 counties in New York State. Trump won 46 of them. Clinton won 16. Clinton won the popular vote by approximately 1.5 million votes. In the 5 counties that encompass NYC, Clinton received well over 2 million more votes than Trump. Therefore, these 5 counties alone, more than accounted for Clinton winning the popular vote of the entire country. These 5 counties comprise of 319 square miles, while the United States is comprised of 3,797,000 square miles. When you have a country that encompasses almost 4 million square miles of territory, it would be ludicrous to even suggest that the vote of those who inhabit a mere 319 square miles should dictate the outcome of a national election. Large, densely populated Democrat cities (NYC, Chicago, LA, etc) don’t and shouldn’t speak for the rest of our country.

What strikes me as odd are the follow facts:

1) Republicans have always been concerned with requiring Voter ID. In fact, in my granite state of New Hampshire, we use paper ballots and require your drivers’ license match your address on file and that you have pre-registered to vote, hence, very few dead people end up voting, here in New Hampshire.

2) According to Wikileaks and other sources, there has been an organized effort by Democrats to bus voters around from one location to another, to increase their vote count beyond what is legally allowed, ie one vote per living person and they must be a US Citizen.

3) Democrats have been fighting against required voting ID laws claiming they are unconstitutional or bias or prejudice in some way. There is no prejudice in allowing each and every citizen to vote legally, so this also seems to lead one to believe that if there has been orchestrated voter fraud, Democrats would be leading the charge here.

Thus, using Occam’s razor, as I frequently like to do, I am concluding that if there were nationwide voter fraud, and if there were nationwide recounts, President Trump would most likely have won the Popular vote by a landslide, as he did with the Electoral vote. To the cyber security experts who claim voting equipment was manipulated so we should move to mail in votes or to those worried about COVID-19, our Democracy and great Republic would suffer incredible risk of potential voter tampering and fraud that would not happen if we all just went back to paper ballots.

Voter fraud is illegal interference with the process of an election. Some groups argue that voter fraud is widespread. The Heritage Foundation has said that the “United States has a long and unfortunate history of election fraud,” and that “preventing, deterring, and prosecuting such fraud is essential to protecting the integrity of our voting process.

The following are the common types of alleged voter fraud:

Federal laws prohibit discrimination in voting practices on the basis of race, color, previous condition of servitude, sex, disability, being a member of a language minority, or age if you are 18 years of age or older. The prohibition because of race or color is directed against the United States, state and local governments, and private organizations such as political parties. Your right to vote in general interest elections cannot be restricted by classifications on grounds other than residence, age, and citizenship, unless the classification serves a compelling state interest. General interest elections involve the voting on important governmental functions, such as imposition of property or sales taxes, maintenance of streets, operation of schools (including school board elections), and providing of sanitation, health, or welfare services.

The imposition by a state or voting district of a voting qualification, a prerequisite for registration or voting, or some other standard, practice, or procedure based on race, color, or membership in a language minority group that results in a denial of your right to vote or to participate in the processes leading to a nomination or election is forbidden by federal laws. It is also forbidden to have as a prerequisite for voting that you demonstrate the ability to read, write, understand, or interpret any matter, demonstrate any educational achievement or knowledge of any particular subject, or possess good moral character. If you cannot read or write, voting officials are required to permit you to receive assistance from a person of your choice so that you can vote.

States may require you to provide some information, including identification information such as race, in order to determine your eligibility to vote and prevent voter fraud. A state may take away your right to vote if you are a convicted felon, but only as long as the purpose of the rule is not to disenfranchise you as a member of a minority group.

The federal government requires that a voter registration application be provided simultaneously with an application for, or renewal of, a driver’s license or other personal identification document issued by a state motor vehicle authority. States are also required to provide registration materials by mail and in all public libraries, public schools, unemployment offices, Armed Forces recruitment offices, state offices that provide public assistance, and state-funded programs primarily engaged in providing services to those with disabilities.

A federal write-in absentee ballot is provided to overseas citizens who do not receive a regular ballot from a state or territory if the request was received at least 30 days before the election.

If you are a member of a language minority and unable to participate effectively in English language elections, your state or voting district must provide you with registration and voting notices, forms, instructions, assistance, and other materials and information relating to the electoral process, including ballots, in English and in your language if your county has been determined to satisfy criteria contained in the minority language provisions of the Voting Rights Act.

As a safeguard against discrimination, jurisdictions covered under the special provisions of the Voting Rights Act must seek approval from either the Attorney General or the U.S. District Court for the District of Columbia before making changes in voting practices or procedures. Also, the Attorney General is authorized to request that federal observers be sent to such jurisdictions to monitor polling place activities on Election Day.

If you think you were discriminated against when you tried to vote or register to vote, immediately complain to local voting officials, and contact the nearest United States Attorney’s Office or write to the Voting Section of the Civil Rights Division of the Department of Justice at the address below. You should also complain if you were discriminated against in campaigning for office, or when you took part in a political meeting, signed up other voters, or served as an election official or poll watcher, or if you think a change in local voting laws has a discriminatory purpose or effect.

If you don’t demand a paper ballot, you risk losing your vote.

In conclusion, my vote, as a cybersecurity expert is, vote in person, vote safely, use paper.

To be even more certain, have people from both major parties look at and count the votes together with auditors auditing.  Then, audit the auditors.  With pen and paper in hand, the old fashioned way, and some real oversight – that would give us a bulletproof election. 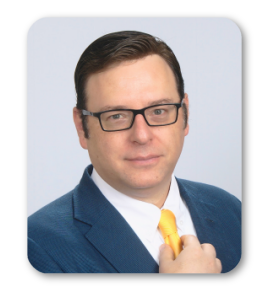 This article is exclusively Copyright (C) 2020, by Cyber Defense Magazine.