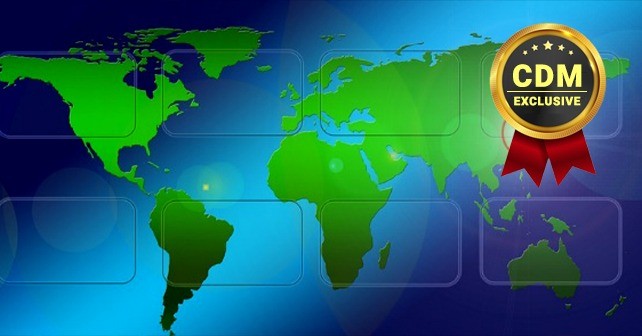 NK is the new Iraq?

Referring to the television series Orange is the new black, I can not but consider it very convenient to blame the North Koreans for the worldwide incident that is still being counted but clearly has thousands of dollars worth of damage. Not for security companies of course Fig. 1. They are posting many profits on the stock exchanges around the world, although they have not been able to protect thousands of WannaCry victims. In my article Symbiosis and fear: Evolutionary Benefits of Cybersecurity, published in the United States Cyber Security Magazine, I present this relationship of promiscuity between the fear and the money that security costs accumulate. It is funny; I think that Cyber Security Market is the only business that has Dow Jones/Nasdaq going to the Moon when his products fail shamefully.

Spring 2016 of Cyber Security Review Magazine present an article Apoc@lypse: The End of Antivirus When the Antivirus is the Threat that alerts a vulnerability that can put down each machine using any antivirus in the globe.

Today the cyberweapons have the power to cause big damage like a mass destruction weapon.

We can’t compare the human tragedy, but the potential of destruction in the natural world and cyber world. The cyberweapons can be compared more than KT event that a nuclear weapon.

Unfortunately, Governments lies and we need the serenity to analyze before chose any guilt. It was so with Iraq where the UK and USA created a false fear.

Supposed weapons of mass destruction “legitimized” an invasion that had as its main purpose the war business. After WW2 US learn how to make money with War.

Selling weapons and/or destroy to rebuild (with American companies of course). The fact is that many years have passed, the public embarrassment occurred, especially for the British. But in the end Saddam Hussein is dead and oil is British/American.

The war business does not stop, so America funds many organizations to destabilize countries around the globe and create fear, like Osama.

It creates fear and spends millions to eliminate this fear. Maybe, in this case, things got out of control because fear became a reality in America’s backyard.

But he is already dead too despite the collateral effect of the Islamic State. In fact, if Sun Tzu wrote the Art of War, America rewrote the concept of war by creating all of generics Bin Laden.

The need to sell heavy armament instigates America and its biggest business. It is necessary to destroy and rebuild successively to continue to keep the population in fear of financing any war. Always outside the American gates of course.
In a place where only 26% of Americans know where it is Fig. 2. In this respect, North Korea is perfect. It is far away and will be a Communist regime less. It is true that there is no oil or large land there.

But the lands it has are rare and account for two-thirds of the planet’s reserves. This is much money. Second, the site http://www.rareelementresources.com “ The US Department of Energy calls them “technology metals.”

They make possible the high tech world we live in today – everything from the miniaturization of electronics, to the enabling of green energy and medical technologies”.
We need to hear the human history and ask: What natural resources does your nation have?

APOC@LYPSE: THE END OF ANTIVIRUS. WHEN THE ANTIVIRUS IS THE THREAT

Rodrigo Ruiz is a researcher at CTI – Centro de Tecnologia da Informação Renato Archer, Campinas, Brazil. In addition, he is a member of the Society of Digital Information and Wireless Communications, as well as the co-author of Apoc@lypse: The End of Antivirus. He has also authored papers about privacy and security for Cyber Defense Magazine, Cyber Security Review, JCSM, 2600 Magazine, US Cybersecurity Magazine, ICCYBER, ICCICS, WCIT2014,YSTS, IJCSDF, ICISCF, SIGE.
rodrigosruiz@outlook.com
https://www.researchgate.net/profile/Rodrigo_Ruiz3