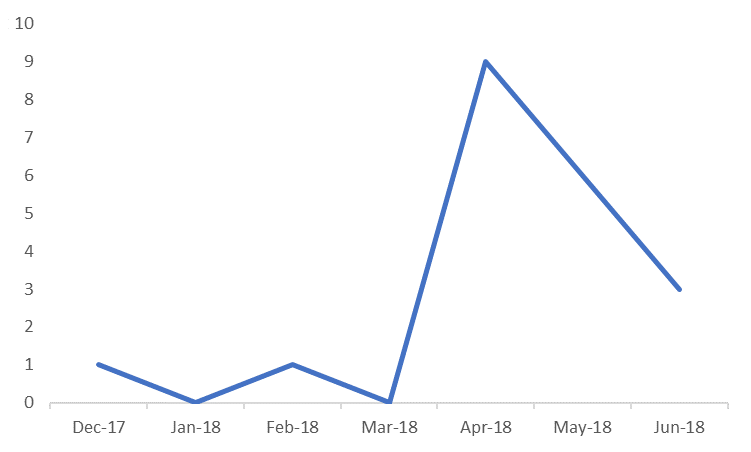 A previously unknown cyber espionage group, tracked as Gallmaker, has been targeting entities in the government, military and defense sectors since at least 2017.

A new cyber espionage group tracked as Gallmaker appeared in the threat landscape. According to researchers from Symantec, who first spotted the threat actor, the group has launched attacks on several overseas embassies of an unnamed Eastern European country, and military and defense organizations in the Middle East.

Gallmaker is a politically motivated APT group that focused its surgical operations on the government, military or defense sectors.

Gallmaker been active since at least December 2017, researchers observed a spike in its operations in April and most recent attacks were uncovered in June.

The experts speculate the threat a nation-state actor, it is interesting to note that the APT is relying entirely on code scraped from the public internet.

“This group eschews custom malware and uses living off the land (LotL) tactics and publicly available hack tools to carry out activities that bear all the hallmarks of a cyber espionage campaign,” reads the analysis published by Symantec.

“The most interesting aspect of Gallmaker’s approach is that the group doesn’t use malware in its operations. Rather, the attack activity we observed is carried out exclusively using LotL tactics and publicly available hack tools.”

“These lure documents use titles with government, military, and diplomatic themes, and the file names are written in English or Cyrillic languages. These documents are not very sophisticated, but evidence of infections shows that they’re effective.” continues Symantec.

“By running solely in memory, the attackers avoid leaving artifacts on disk, which makes their activities difficult to detect.”

Once the attackers gain access to a target machine, they use various tools including the reverse_tcp reverse shell from Metasploit, the WindowsRoamingToolsTask PowerShell scheduler, the WinZip console, and an open source library named Rex PowerShell, which helps create PowerShell scripts for Metasploit exploits.

Experts discovered that Gallmaker APT is using three primary IP addresses for its C&C infrastructure, they also noticed the attackers use to delete some of its tools from compromised machines once it is completed the attack, likely to hide traces of their activity.