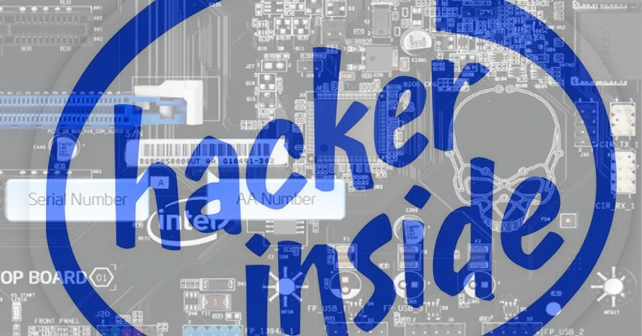 Almost every PC vendor announced the imminent release of fixes for the flaws in Intel Management Engine, but many of them will not be available until 2018.

Intel has started to issue security updated to fix multiple flaws in Intel’s CPUs, unfortunately many of them will not be available to the end-users until 2018.

An attacker can exploit the vulnerabilities to remotely access the vulnerable machine and perform in a stealth way malicious activities, including to deliver a malware.

This type of flaws is very insidious because any countermeasure implemented at the operating system level is not able to detect malicious operation because Active Management Technology (AMT) has direct access to the computer’s network hardware. Malicious traffic is routed directly to the Management Engine and passed on to AMT, but the local OS never sees it.

The flaws were first found by the experts at the security firm Positive Technologies that published a detailed analysis of the attack scenarios.

Almost all PC vendosr announced the imminent release of security fixes, but many of them still haven’t distributed them.

Acer announced the future availability of the security updates for 240 models, far more than ten models listed in the Lenovo’s advisory.

Panasonic announced the availability of the fixes for six models by the end of January 2018, while Dell will release the updates between Christmas and February 2nd, 2018, on February 2, in fact, the vendor plans to address the problems for four models.

Fujitsu distributed the patches for Japanese and EMEA customers, there no info related to the release date for clients in the rest of the world.

Good news for HPE customers, the company has already made the fixes available.

The time necessary to release the fixes is not surprising, patch management is a complex and time-consuming activity, especially when the updates must be distributed to a large number of machines.

Intel, for example, will not able to fix its NUC, ComputeStick and ComputeCard products, before December 2017.

Other PC makers have not published advice related to the Intel flaws and the availability of security patches.

Consider also the many flawed CPUs were currently used in other appliances, including network attached storage.