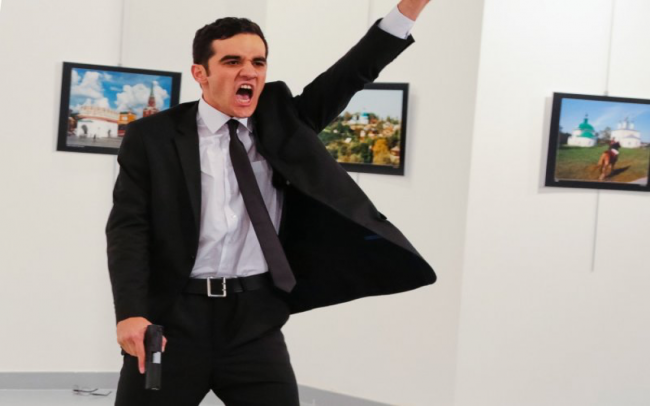 The Russian and Turkish authorities asked Apple to unlock iPhone belonging to the assassin of Russian Ambassador Andrei Karlov.

The Russia’s ambassador to Turkey, Andrei Karlov, was killed on Monday during an exhibition in Ankara. The killer is a lone Turkish gunman that shouted “God is great!” and “don’t forget Aleppo, don’t forget Syria!”

The shooter was killed by Turkish forces in a shoutout and his iPhone 4s was recovered from the special forces.

The man who killed the Russian ambassador was identified as Mevlut Mert Altıntas, an off-duty police officer who used his police ID to gain access to the exhibition where Karlov was giving a speech.

According to the investigators, the shooter pretended to be an official bodyguard, now Turkish and Russian authorities asked Apple to support the authorities by unlocking the shooter’s iPhone 4S. The request can trigger a new dispute between the Tech giant and the Kremlin, in a similar way to the San Bernardino Shooter case. the authorities believe, could assist them to investigate killer’s links to various terrorist organizations.

The authorities believe that the content on the iPhone could be useful to unmask the terrorist organization linked to the shooter.

It is quite easy to predict a refuse from Apple, for this reason, the Russian government is reportedly sending a team of experts to Ankara to unlock the shooter’s iPhone.

“Apparently Russia offered help and Russia is planning to send a special technical team to Turkey to unlock the iPhone, a senior Turkish official told us.” reported Macreports.com.

According to Macreports the team of experts arrived from Moscow could not unlock the iPhone, but the team was able to retrieve some data from the device without fully unlocking it.

Experts believe the assassination was part of a plot to destabilize the relationship between the Russian Government and the Turkish one.