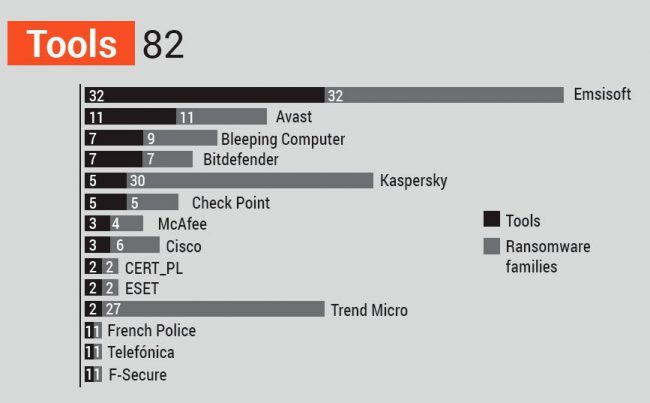 Over the past three years, the website of No More Ransom was visited by 3 million users and allowed to save $108 million in ransom to the victims of 109 ransomware.

After three years, No More Ransom confirms the success of the initiative that aims at helping victims of ransomware.

The No More Ransom was launched by the Dutch Police along with security firms Kaspersky, and McAfee, but now has more than 150 partners.

The website includes 89 decryptors that could allow decrypting for free files encrypted by 109 pieces of malware.

Europol estimated that the No More Ransom project have helped over 200,000 victims of ransomware that saved a total of $108 million, but many experts believe that the above saving is underestimated.

According to the Europol, the decryptors for the GandCrab ransomware available through the website of the project allowed to save $50 million alone. Most of the tools available on the website have been created by security firms and experts like Emsisoft, Avast, Bitdefender, CERTs, and the online community Bleeping Computer.

Emsisoft, for example, released 32 decryption tools for 32 strains of ransomware.

Who are the visitors of No More Ransom website?

Visitors came from 188 countries all over the world, most of them from South Korea, the US, the Netherlands, Russia, and Brazil.