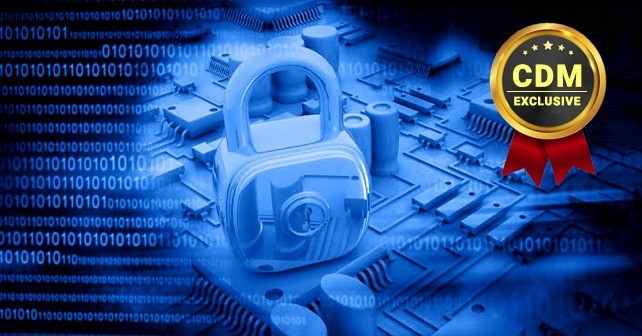 We live in a world where constant data connectivity has become the standard, allowing us to access information from any number of devices operating over the public Internet. While ubiquitous connectivity poses enormous opportunities for critical infrastructure, data communications managers for our electric grids and natural gas, transportation and water systems, are conflicted by the ease of implementation offered by the public wired and wireless Internet. Even with strong firewalls in place, the public internet creates exposure to hacking or cyber-attacks, which could result in partial or complete loss of control of critical systems.

The DDoS attack launched on Dyn is the most recent example of a cyber-attack that crippled popular websites like Netflix and Twitter, and although the cost of this was mostly economic and general inconvenience, it highlighted the exposure to the nation’s critical infrastructure as these industries contemplate leveraging the global Internet of Things (IoT).

As an example, smart grid applications being proposed by electric utilities across millions of square miles and millions of locations offer radical improvements in operational efficiencies while creating enormous exposure including the loss of control or access to portions of the electric grid. The good news is that new data communications technologies are emerging that allow a utility to leverage the efficiencies of internet protocol with isolation from the public internet.

The US electric grid is currently undergoing a revolution driven by the rapid adoption of millions of renewable energy resources at the grid’s edge. In order to optimize the supply and demand of electricity in real-time, utilities need precise monitoring and control of these new sources of generation.

Specifically, they need highly reliable and secure communications to the power inverters attached to solar installations and power storage units. The most readily available and obvious connections are available from public network providers either from your cell phone or cable provider.

These networks may be appropriate for billing type function, but they are not secure or reliable enough for a utility company for grid management.

Public Data Networks Not Available, Not Good Enough
Ensuring real-time data communications to all data control points along the grid is one of the increasing challenges faced with the adoption of a new IoT structure – particularly with increased network traffic over public networks and prominent threats from hackers looking to interfere with communications. In addition to security and capacity concerns, network latency is of paramount importance in utility networks. Many advanced applications require almost an instantaneous and predictable response – below 100 ms.

Public network providers are unable to guarantee this type of response time for many structural reasons. And lastly, public networks are designed to provide connectivity where their customers live and work.

Utility infrastructure can be dispersed over wide areas and are not strictly confined to populated centers. And as many of us have experienced with public cellular data networks, ensuring coverage in densely populated, urban areas can be a challenge due to terrain, foliage, and physical structures. In rural areas, connections can be non-existent.

Monitor & Control with a Private IoT
To ensure all control points and smart devices are connected securely, and communications are not hindered via latency challenges or hacker threats, utilities are starting to introduce private wireless data networks using licensed radio frequencies and software-defined radio technology.

Unlike the public cellular data networks that are often saturated with consumer data traffic (e.g. video downloads, streaming, etc.), these private networks are owned, operated and deployed by the utility, allowing them to manage millions of assets and remote devices without ever connecting to the public internet.

Both public and private wireless systems feature downlink and uplink capabilities, however, public LTE systems allocate most of their bandwidth to downstream capacity as this is often required for consumer use.

Utility private networks, however, are designed for high capacity upstream traffic (or pulling data back) to their network operations center. In addition, there is a significant difference between public and private utility networks in how data traffic is prioritized based on location, application, and device.

Public LTE networks, since they are often filled with consumer traffic, can be unpredictable in terms of latency, making it difficult to operate many time-sensitive grid functions.
Private networks, however, fall solely under the control of the utility, allowing them to keep the network clear for their own communications.

Securely Separating from Public Threats
Creating an added layer of security at all control points throughout the grid is one of the most critical benefits of a private wireless data network. The recent hijacking of the Ukrainian power grid and the DDoS attack on Dyn servers clearly illustrates the threat to operational reliability posed by public networks for grid management.

A private network provides complete separation from the public networks, both virtually and physically with a distinct air-gap, allowing for non-routable IP addressing with closed-loop monitoring and control. In addition, the utility is able to maintain control over system uptime, mean time to repair (MTR) and awareness and control over who and what is allowed access to the network.

Private wireless networks and software-defined radio technologies have made grid automation a reality without compromising on security or network speed. Private networks are providing better control over the grid and better monitoring of the use of existing energy resources and new distributed energy resources, both of which are changing our grid structure significantly.

Forward-looking utilities have already started to adopt these new and innovative communications technologies to proactively meet current and future security and latency demands resulting from the grid’s shift to automation for renewables, and to bring our power-grid into a new era of energy control.

Stewart Kantor is the CFO and a President of Ondas Networks.
He has more than 20 years of experience in the wireless industry including senior-level positions in marketing, finance and product development at AT&T Wireless, BellSouth International and Nokia Siemens Networks.
Since 2004, Mr. Kantor has focused exclusively on the development of private wireless data network technology for mission-critical industries including electric utilities, oil & gas companies and the transportation industries. Stewart can be reached online at our company website http://www.ondas.com/