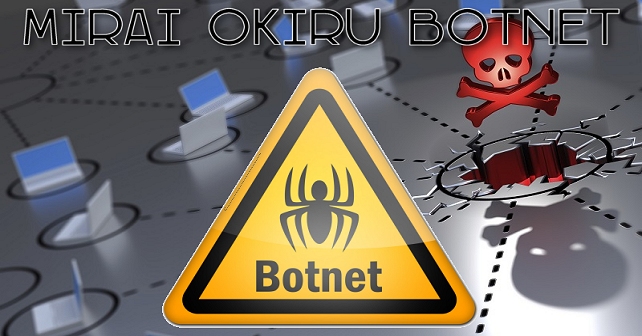 Researcher @unixfreaxjp spotted the first time ever in the history of computer engineering a Linux malware designed to infect ARC CPU, this new Linux ELF malware was dubbed MIRAI OKIRU.

In August 2016 the researcher @unixfreaxjp from @MalwareMustDie team first spotted the dreaded Mirai botnet, now the same researcher is announcing a new big heartquake in the malware community.

unixfreaxjp spotted the first time ever in the history of computer engineering a Linux malware designed to infect ARC CPU, this new Linux ELF malware was dubbed MIRAI OKIRU.

This is the first time that a malware specifically targets AR-based systems, the Mirai Okiru was undetected by almost all the antivirus engines at the time of its discovery.

“!! Please be noted of this fact, and be ready for the bigger impact on infection Mirai (specially Okiru) to devices that hasn’t been infected yet.” said #MalwareMustDie

“From this day, the landscape of #Linux #IoT infection will change. #ARC cpu has produced #IoT dervices more than 1 billion per year. So these devices are what the hackers want to aim to infect #ELF #malware with their #DDoS cannons. It’s a serious threat will be. #MalwareMustDie!” wrote MMD.

As highlighted by the colleague _odisseus the impact of such botnet could be devastating, it has been estimated that ARC embedded processors are shipped in more than 1.5 billion products per year. This means that the number of the potentially exposed devices is enormous, and a so powerful botnet could be used for a multitude of malicious purposes.

“ARC (Argonaut RISC Core) embedded processors are a family of 32-bit CPUs originally designed by ARC International. They are widely used in SoC devices for storage, home, mobile, automotive, and Internet of Things applications. ARC processors have been licensed by more than 200 organizations and are shipped in more than 1.5 billion products per year.” reads Wikipedia.

This is the FIRST TIME ever in the history of computer engineering that there is a malware for ARC CPU, & it is #MIRAI OKIRU!!
Pls be noted of this fact, & be ready for the bigger impact on infection Mirai (specially #Okiru) to devices hasn't been infected yet.#MalwareMustDie pic.twitter.com/y8CRwwkenA

“#Mirai #Okiru variant is very dangerous, if you see how the coder made specific “innovative modification” in its variant codes+encryption you’ll see what I mean, & now they are the 1st malware to aim #ARC core. These guys can make greater chaos if not be stopped. Mark my word” wrote MalwareMustDie.

It is very important to understand that the Mirai Satori variant is very different from Okiru as explained by MalwareDustdie.

The risk that someone could build a powerful Mirai Okiru botnet composed of a billion device is concrete.