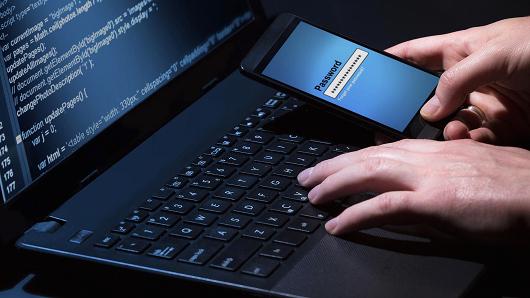 Man behind The Fappening case charged with hacking celebrity accounts

Pennsylvania man behind the Fappening case Charged with hacking Apple and Google e-Mail accounts belonging to more than 100 people.

The culprit of the popular Fappening case may have a name, the US Department of Justice (DOJ) announced on Tuesday that it charged Ryan Collins, 36, of Pennsylvania for hacking Apple and Google E-Mail accounts belonging to more than 100 people, mostly celebrities.

In September 2014, the FBI started an investigation after iCloud accounts of celebrities were hacked by unknowns that have stolen their pictures.

Immediately Apple denied that its iCloud platform was breached, instead, it explained that hackers obtained the images by hacking victims. A few days later, the consumer tech giant also announced that it would

A few days later, Apple announced the implementation of new features to improve the security of the iCloud service.

The list of victims is long and includes Jennifer Lawrence and Kim Kardashian, the hacker has stolen the private images of the celebrities and leaked their nude photos onto 4chan.

“A Pennsylvania man was charged today with felony computer hacking related to a phishing scheme that gave him illegal access to over 100 Apple and Google e-mail accounts, including those belonging to members of the entertainment industry in Los Angeles.” states the press release issued by the DoJ.

Collins admitted his responsibility and signed a plea agreement to plead guilty to a felony violation of the Computer Fraud and Abuse Act.

The man carried out spear phishing emails to the victims from November 2012 until the beginning of September 2014. In this way the man obtained the login credentials from its victims, then he illegally accessed their e-mail accounts to access sensitive and personal information.

The man behind the Fappening case focused his efforts to access nude pictures and videos from the victims, the DoJ announcement also revealed that in some circumstance he used a software to download the entire contents of the victims’ Apple iCloud backups.

“After illegally accessing the e-mail accounts, Collins obtained personal information including nude photographs and videos, according to his plea agreement. In some instances, Collins would use a software program to download the entire contents of the victims’ Apple iCloud backups.” continues the press release.

The case will be transferred from Los Angeles to Harrisburg in the Middle District of Pennsylvania, where Collins lives.

Collins will face a statutory maximum sentence of five years in federal prison, but the man reached an agreement for a recommendation of a prison term of 18 months.

“By illegally accessing intimate details of his victims’ personal lives, Mr. Collins violated their privacy and left many to contend with lasting emotional distress, embarrassment and feelings of insecurity. We continue to see both celebrities and victims from all walks of life suffer the consequences of this crime and strongly encourage users of Internet-connected devices to strengthen passwords and to be skeptical when replying to emails asking for personal information,” David Bowdich, the Assistant Director in Charge of the FBI’s Los Angeles Field Office, said.

Other hackers have been already charged for hacking celebrities’ email accounts, in December 2015, Alonzo Knowles, aka “Jeff Moxey,” has been charged after allegedly hacking into the email accounts belonging to 130 celebrities stealing personal information, movie scripts and sex tapes.