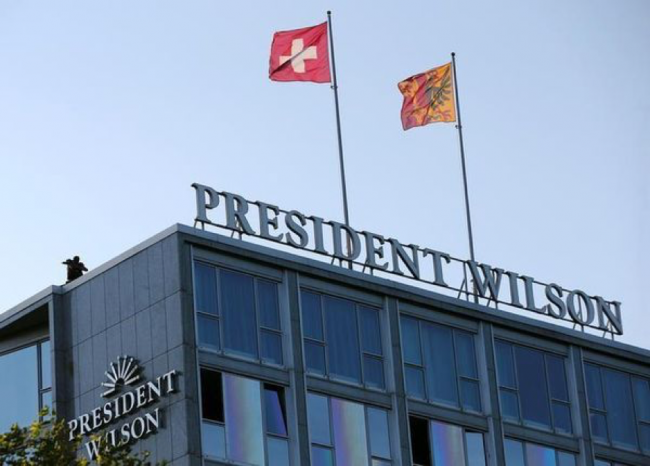 Switzerland’s attorney general has confirmed to have investigated the presence of spyware in a venue that also hosted talks on Iran’s nuclear negotiations.

Swiss officials confirmed to have found an espionage malware in the computer equipment at Geneva venue, a five-star hotel (believed to be Hotel Président Wilson)  that has hosted sensitive talks including Iranian nuclear negotiations.

“Investigations revealed that a significant number of computers (servers and clients) at a hotel in Geneva had been infected with a form of malware,” Office of the Attorney said in a statement on Thursday. “This malware was developed for the purposes of espionage, and is basically used to gather data from the computers infected.”

Clearly gathering information on the nuclear talks is a primary goal for intelligence agencies of any country that are interested to know the evolution of the negotiations with governments involved.

The Swiss prosecutors have already closed the case due to the failure of the attribution of the cyber attack.

“A source said the malware was discovered on computers at the Hotel President Wilson, where talks on Iran’s nuclear work had taken place a month before, following a tip-off from the Swiss intelligence services.”

“The attorney general’s office said it was suspending proceedings because no evidence regarding the perpetrators’ identities had been obtained.

“Investigators raided the hotel 12 May last year after OAD who was investigating over illegal intelligence services operating in the country.” states a post published by Swissinfo.ch.

“Investigations revealed that a significant number of computers [servers and clients] at a hotel in Geneva had been infected with a form of malware,” the state prosecutor said in a statement on Thursday. “This malware was developed for the purposes of espionage and is basically used to gather data from the computers infected.”

The Swiss state prosecutor doesn’t exclude a reopening of the investigation in case new evidence on cyber espionage activities will emerge.

“In Vienna, where the Iranian nuclear talks concluded in July 2015, the state prosecutor has launched two separate investigations into possible espionage. A spokesperson for the justice ministry told the Guardian that the two ongoing investigations were launched in June 2015 after bugging devices were discovered at Palais Coburg.“reported The Guardian.

“When the talks shifted to a luxury hotel in Vienna, the microwave radiation from the surveillance efforts of competing intelligence agencies was so intense that diplomats had to walk some distance from the venue to use their mobile phones.”

The Israeli government is one of the main suspects, but it has always denied accusations of cyber espionage despite a Russian-based security firm speculated the use of a spyware having similarities with the ones used by Israeli cyber spies.