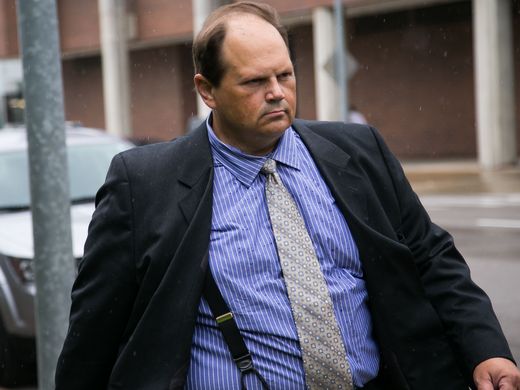 New evidence collected by prosecutors shows lottery machines were rigged to generate predictable numbers on specific days of the year.

Last year, the security director of a US lottery was discovered hacking the mechanism of the extraction in order to predict the winning tickets.

According to new details revealed by The Des Moines Register, the lottery boss won roughly $16.5 million in six years by hacking the random number generator.

The Lottery security director used a malicious DLL to manipulate the mechanism that was used to select to choose the winning tickets.

The case first came into the headlines in April 2015, when law enforcement started the trial of Eddie Raymond Tipton, 53, who was the former information security director for Iowa’s Multi-State Lottery Association (MSLA).

In July 2015, Tipton was accused of two fraud charges, according to a judge that investigated the case of the Hot Lotto lottery the security expert created a winning ticket worth $14.3 million (€12.65 million).

While it was not proved by the prosecutors as to how Tipton manipulated the lottery drawing that produced the fraudulent ticket, but he recruited the help of Robert Clark Rhodes II, 46, of Sugarland, Texas, to cash out the winnings.

Tipton had manipulated lottery drawings in several states, prosecutors also discovered that he operated with the support of Robert Clark Rhodes II, 46, to cash out the winning tickets.

Tipton was then sentenced to ten years in prison in September 2015.

In addition to that conviction, Eddie’s now facing additional felony criminal charges for allegedly manipulating drawing computers that he was responsible for building and programming.

While the prosecutors were investigating the case, MSLA audited internal systems, but they did not find any suspicious modification.

Law enforcement discovered that Tipton used a malicious dynamic-link library (DLL) that was discovered on one of the computers responsible for generating random numbers used in the mechanism for choosing the winning tickets.

The DDL differs from the legitimate one for a portion of code that was used by Tipton to invoke a different random generator algorithm to generate the winning numbers in a predictable way.

The DLL was developed to generate specific winning numbers on three days of the year, on two particular days of the week, and after a certain time of day.

“Examiners found out-of-place programs known as dynamic link libraries, or DLLs, that had been written onto the Wisconsin computer. The programs were designed to “redirect” a drawing if certain conditions were met, according to the complaint, helping orchestrate the outcome.

The drawing had to happen on three particular days of each year, two certain days of the week and at a certain time of day.” reported an article published on the The Des Moines Register.

“Then another program triggered the winning numbers to be drawn not at random, but using an algorithm Tipton could solve, according to the criminal complaint. The numbers could be predicted by anyone familiar with the random number generators, security procedures and the algorithm, Iowa Division of Criminal Investigation special agent Don Smith wrote in an affidavit.”

The investigators were able to produce “the very same ‘winning numbers’ from the program that was supposed to produce random numbers.”

Tipton was able to deploy the malicious DLL into the systems used by the MSLA in other states across the US.

The DLL was discovered in the systems used in Iowa, Texas, Oklahoma, Colorado, and Wisconsin. To make harder the investigation Tipton programmed the DLL to self-delete after a specific period of time.