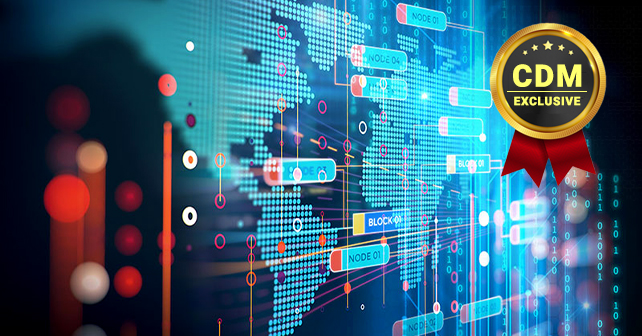 Knowledge Is Power: Confronting The Intersection Of Digital Transformation And DDOS

Digital transformation is sweeping over the enterprise, bringing with it obvious benefits for business, such as the move from CAPEX to OPEX, improved efficiency and unprecedented interconnectedness. However, while digital transformation is anticipated to be the major driver for business in the coming years, with every upside comes a downside, and in digital transformation’s case, that means increased exposure to cyber threats. In fact, since the massive move to the internet and digital platforms, distributed denial of service (DDoS) attacks, or attacks in which multiple compromised computer systems target web address or server, requiring the victim to deny service, have increased 125 percent year-over-year. And not only are DDoS attacks increasing in frequency, but they are also increasing in severity, duration, and complexity. As a result, businesses should stay educated on DDoS threat trends and have a few simple tools on hand for protecting their networks from such attacks.

While gaming and retail companies have been the major targets of DDoS attacks, financial institutions, public services, and business service providers are also facing an insurgence of DDoS attacks. This has less to do with the payouts that the hackers get for ceasing the attacks (gaming and retail are known for their large payouts), but rather the ease of access to DDoS attack services. All a potential “hacker” needs in their arsenal is Bitcoin currency and they have everything in place to carry out a massive DDoS attack on their competitor, nemesis, or really anyone they feel like causing sorrow. While there are defense tools to prevent the wide spectrum of DDoS attacks, a few simple actions on your network can help deter DDoS attacks.

Though there’s little to be done to prevent and control DDoS attacks as they spread and proliferate (aside from deploying a number of defensive tools, which, by the way, are specified for tens of DDoS attack forms), there are simple steps that system administrators can take to get their security posture in line. Once a baseline of normal network activity is established, it will be easier to spot suspicious activity and shut down the network before DDoS takes control.

Nilly Assia. With more than 15 years of industry experience, Nilly leads the development, execution, and organization of the company’s global marketing strategy. Prior to joining Portnox, she served as a Marketing Director at Gemalto, formally SafeNet, one of the largest information security companies in the world. During her time at Gemalto, she served in a variety of marketing disciplines including product, field, operations, and corporate marketing leadership roles. Before Gemalto, Nilly led the product marketing team for the USB business at SanDisk. Nilly holds an MBA from London Metropolitan University. Learn more about Nilly at https://www.linkedin.com/in/nillyassia/ and visit her online at http://www.portnox.com.