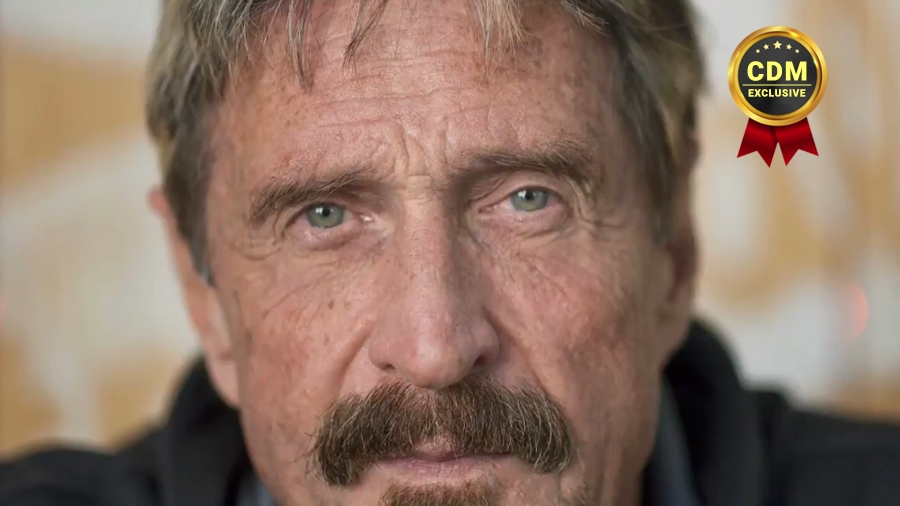 As you may already know, John McAfee, the antivirus software genius and former Libertarian presidential candidate, has been indicted for tax evasion.  He was recently arrested in Spain and awaits trial and possible extradition to the US.

Allegedly, John McAfee failed to file his taxes for four years despite earning millions in income between 2014 and 2018 from promoting cryptocurrencies, consulting work, speaking engagements, and selling the rights to his life story for a documentary, according to the indictment filed in the US District Court for the Western District of Tennessee. The indictment alleges that John McAfee evaded taxes by having his income paid into bank accounts and cryptocurrency accounts in the names of others, while also using the names of others to conceal ownership of property and assets including a yacht.

John McAfee delivered us this message, this week:

The amount McAfee owes was not specified in the indictment. The June 15, 2020 indictment was unsealed following McAfee’s arrest in Spain where he is pending extradition, prosecutors said.  The indictment can be found here:  Justice.Gov

Janice McAfee, his wife, recently stated on her twitter account, @theemrsmcafee:
“@officialmcafee is an extremely polarizing individual. Despite what you think of him, he has paid more than his fair share in taxes and has contributed greatly to the betterment of America. At 75 years old, he does not deserve to be in prison. #FreeJohnMcAfee#FreeMcAfee“