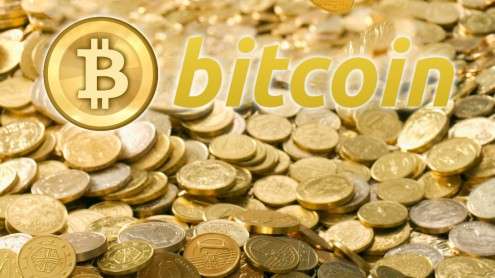 Is he Satoshi Nakamoto? Australian Police raid home of the alleged Bitcoin father

While media announced to have found the real identity of the Bitcoin creator Satoshi Nakamoto, Australian police raided his home in Sidney.

A few hours after the media indicated the Australian expert Craig Steven Wright as the possible man behind the popular name Satoshi Nakamoto, the anonymous creator of Bitcoin, the Australian Police raided his home in Sydney.

Wright was identified as the mysterious creator of Bitcoin, Satoshi Nakamoto, based on leaked transcripts of legal interviews and a number of emails and blog posts.

At the time I was writing, there is no confirmation about the identity of the Bitcoin creator. A dozen of police agents raided Wright’s home on Wednesday afternoon searching, they broke down the door and ransacked the house.

It is important to clarify that the raid seems to be not associated with the recent revelation on the Satoshi Nakamoto’s real identity, the Guardian who reported the news states that the operation is linked to the Australian Taxation Office investigation

“On Wednesday afternoon, police gained entry to a home belonging to Craig Wright, who had hours earlier been identified in investigations by Gizmodo and Wired, based on leaked transcripts of legal interviews and files. Both publications have indicated that they believe Wright to have been involved in the creation of the cryptocurrency.” reported the Guardian.

The Australian Federal police issued an official statement explaining that the raids were not related to the bitcoin claims.

“The AFP can confirm it has conducted search warrants to assist the Australian Taxation Office at a residence in Gordon and a business premises in Ryde, Sydney. This matter is unrelated to recent media reporting regarding the digital currency bitcoin.”

One officer told Reuters they were “clearing the house”, Reuters also reported that also the Wright’s offices have been raided.

The emails cited by Gizmodo don’t state that Wright is a founder of the Bitcoin, instead, suggest his involvement in the development of the cryptocurrency. Wright was trying to persuade the Australian Taxation Office to tax his Bitcoin holdings as a currency and not as an asset.

Another thing that suspicious experts is that Nakamoto reportedly has some 1.1 Million Bitcoins to his name in a trust fund that amounts to roughly 455 Million in US Dollars, it is exactly the same amount that Wright is believed to own.

“An email to a Clayton Utz lawyer identified as Wright’s lawyer in the ATO transcripts was sent from an address linked to Nakamoto and is signed “Craig (possibly).” “The email discussed whether contact should be made with Australia’s then assistant treasurer Arthur Sinodinos in January 2014 over the regulatory issues in Australia surrounding bitcoin.” continues the Guardian.

“The treatment of bitcoin for tax purposes in Australia has been the subject of considerable debate. The ATO ruled in December 2014 that cryptocurrency should be considered an asset for capital gains tax purposes.”

The Australian Taxation Office authorities will continue its investigation, for sure they will clarify if Wright is the mysterious Satoshi Nakamoto, or he is the wrong person.