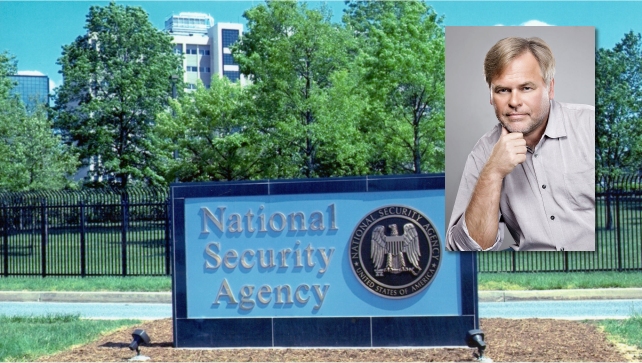 Kaspersky was a long accused to support Russian intelligence in cyber espionage activities and for this reason, its products have been banned by the US Government and EU Parliament.

The company denied any involvement with operations conducted by the Russian intelligence and recently opened it Transparency Center in Zurich
to assure the integrity and trustworthiness of its products.

Now the position of the company seems completely changed.

We have a long discussed the hack of the NSA-linked Equation Group Remember carried out by the “The Shadow Brokers” that attempted to sale the stolen hacking tools and exploits and leaked part of them online.

In August 2016, the FBI has arrested the former NSA contractor Harold Thomas Martin over a massive secret data theft.
At the time of the arrest, Martin was working for Booz Allen Hamilton Holding Corp.

The US DoJ charged Harold Thomas Martin (51) with theft of secret documents and highly classified government material. According to a court complaint disclosed, the stolen data include source codes developed by the NSA to its hacking campaigns against foreign governments.

According to the Politico website, sources informed of the events reported that Kaspersky learned about Martin after he sent strange Twitter messages to two researchers of the firm in 2016, minutes before The Shadow Brokers began leaking the NSA dump online.

“The timing was remarkable — the two messages arrived just 30 minutes before an anonymous group known as Shadow Brokers began dumping classified NSA tools online and announced an auction to sell more of the agency’s stolen code for the price of $1 million Bitcoin. “reported the Politico website.

“The case unfolded after someone who U.S. prosecutors believe was Martin used an anonymous Twitter account with the name ‘HAL999999999’ to send five cryptic, private messages to two researchers at the Moscow-based security firm,” Politico reports.

A first message sent on Aug. 13, 2016, asked one of the researchers to arrange a conversation with Kaspersky Lab CEO Eugene Kaspersky.

Kaspersky reported the events to the NSA that identified Martin and the FBI arrested him later.

“According to the sources who spoke with POLITICO, Kaspersky gave the NSA all five Twitter messages as well as evidence of the sender’s real identity.” continues the Politico. “Then, according to the redacted court document, the FBI used the evidence to obtain search warrants for Martin’s Twitter account and Maryland home and property. The document doesn’t indicate how the FBI learned of the Twitter messages or Martin’sidentity. ”

Summarizing, Kaspersky Lab helped the NSA to catch an alleged NSA data thief, the security firm exposed a massive breach that U.S. authorities were not able to detect.