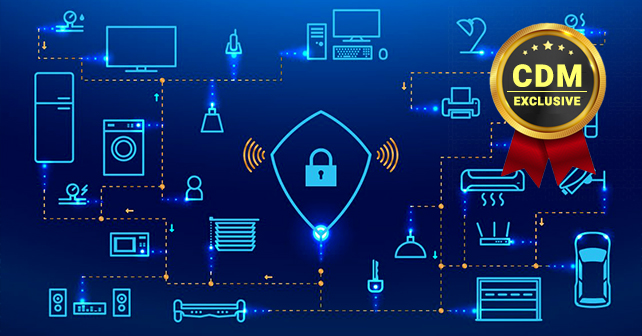 Digital revolution has got its roots into every sector and is spreading till date. Automation helped every possible sector in adopting new innovations in serving their customers quick and effective.  People started believing digitization will make this world a better place to live,  and hence accepted every change happened with the integration of technology. Increase in the technology has made information available on the internet and this is where researchers are challenged in securing data.

As the number of internet users is increasing every day, the number of devices getting connected to each other got proportionally increased. This resulted in expecting 30 billion devices get connected with IoT by 2020. Internet of Things (IoT) and Artificial intelligence are currently the buzzwords for every industry. IoT has improved the quality of life with its smart devices. Artificial intelligence has already proved its importance in all major business sectors like healthcare, education, automotive, agriculture, etc., to provide qualitative service. With the positive and overwhelming response to Artificial Intelligence, researches are in progress to integrate it with IoT, to make it easier in decision making for some devices (smart home appliances, self-driving cars, etc) connected in IoT.

Internet Of Things (IoT) is an environment that connects computer software embedded devices to get connected with each other to communicate or data exchange.

IoT helps in understanding the importance of getting connected.  Can we imagine our lives without smartphones today? Great if your answer is “Yes”. But most of the people end up with the answer “No”. The same is going to happen with many other IoT devices further, as they make our life comfortable. For example, smart refrigerator as a part IoT can help you in monitoring temperatures and adjust according to climate around, thus reducing human intervention. Next level of IoT enabled devices like Air Conditioners provides access with smartphones when connected.

With the huge network of devices connected, providing security to all the devices can difficult which enables the chance of cyber crimes. IoT not only helped many common people but also it has got features enhancing thoughts of cybercriminals in stealing the information available.

Cyber Security is enabling and ensuring every device that gets connected through internet/Wi-Fi/Bluetooth or any other medium has got security features installed in defending any type of unauthorized/phishing attack in the network.  Device manufacturers are advised to focus on security. Recent reports claimed that there was 70% increase in cyber attacks in the year 2017 using IoT devices.

Cyber attacks registered came up with different strategies while working with IoT.

Criminals target IoT devices to executing malicious unwanted instructions. These criminal are good at computer and scientific knowledge to understand the execution of IoT devices and deploy code into them.

Less secured devices in the IoT are chosen by cyber criminals to attack. IoT devices are used as tools and deploy botnets to execute Distributed Denial of Service (DDoS) kind of attacks on the network. Mirai botnet is an example of such an attack.

Most of the devices in IoT have got some personal information stored. FitBits, smartphones, automated home appliances, etc., have records of your daily activities when all the pieces of information put together reveal the majority of the identity which is used by hackers in information theft.

Iot as a platform for cybercriminals

Bromium’s recent study, there was $1.5 trillion of revenue generated through  Cyber Crimes. According to this research, cybercrime became professional in its executions and is considered to be a self-sustaining system adapting the platform capitalism model. New techniques need to be invented in combating with sophisticated attacks expected by cybercriminals further.

Other key points to be considered from the research:

Cybercrime-as-a-business will be the next big challenge to defend in the world of technology.

Machine learning helps in identifying intrusion or unauthorized attempts made on the network, thus making it easy in anticipating and understanding the kind of attack from the hacker. These kinds of analytics made by AI will help in defending attacks before it is too late.

Research from MIT came up with the news that an automated threat detection technique successfully predicted 85% of the cyber attacks in the year 2016. And it is also mentioned that the system can update itself with the latest data in making new techniques in defending attacks. This gives a sigh of relief in identifying threats.

“Experts came up with another theory saying AI which is used in identifying threats can also be used by hackers in making advanced attempts in breaching into the networks.”

Make sure the device you are about to use with IoT has got enough security provided by the manufacturer.

When the device is deployed, focus on customizing credentials with proper key combinations

It is recommended to update/reset passwords after regular intervals or when there seems to be any suspicious activity observed.

When the device is not capable of updating its software with the latest versions, it is signed for security breach and is suggested to disconnect it from the network.

Devices that are not in use for a long  period are to be disconnected, and even if the devices are in use, make sure you disconnect and reconnect it to ensure security.

Most of the routers used at home are always open; this has to be secured with built-in firewalls.

It is recommended to segment your home networks in order to avoid access to the whole network when an intruder gets access to one of the devices connected. In general, all the devices are set up with the same password, which is not recommended.

Of all the devices connected to IoT,  smartphones carry lot of valuable information when compared to others. High priority is given to secure mobiles to safeguard vital information.

According to Gartner, by 2020 there will be 60% of the companies that rely on the internet will suffer from a failure of defending IT Cyber attacks.

Future of cybersecurity is directly associated with the advancements made in technology and how secure is information when shared on the internet. With the innovations in technology, it is recommended to educate the common audience to be aware of information and safety. Getting connected to the internet should not be the first step in losing control over the data. Shielding devices before enabling it to share information is made as important as wearing a seatbelt while driving. Artificial intelligence with IoT research has to be backed up with market leaders in order to make sure they come up with sophisticated solutions in defending similar kind of innovative hackers growing with the same proportions.

N Subash Reddy, computer science post graduate from JNT University  – Hyderabad, India. He is currently working as a senior content strategist for Mindmajix. He is also into research about cybersecurity and artificial intelligence. His writings focus on the latest technologies, tutorials, best practices, and innovations. Prior he was web developer familiar with most of the web and UI technologies. You can connect with Subash at LinkedIN, Twitter and Facebook.