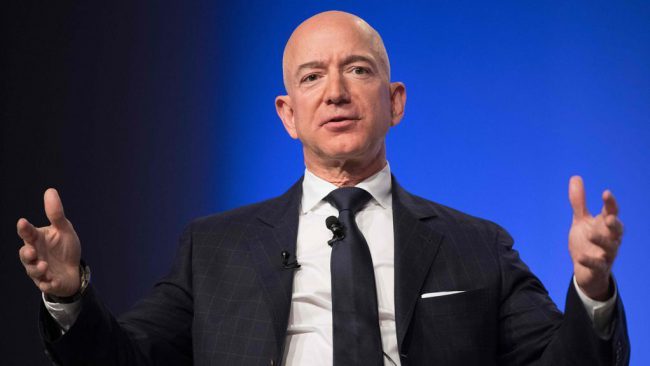 The phone of the Amazon chief was hacked by Saudi Arabian authorities interested in access to his personal data, revealed the investigator hired by Jeff Bezos.

Gavin de Becker, the investigator hired by Amazon chief Jeff Bezos to investigate into the release of his intimate images revealed that Saudi Arabian authorities hacked the Bezos’s phone to access his personal data.

Gavin de Becker believes that the hack is linked to the coverage by The Washington Post newspaper, that is owned by Bezos, of the murder of Saudi journalist Jamal Khashoggi.

Jeff Bezos hired Gavin de Becker & Associates to find out how his intimate text messages and photos were obtained by the Enquirer.
Jeff Bezos blamed the Enquirer publisher American Media Inc of “blackmail” for threatening to publish the private photos if he did not stop the investigation. Jeff Bezos refused and decided to publicly disclose copies of emails from AMI.

In an article for The Daily Beast website, De Becker wrote that the parent company of the National Enquirer, American Media Inc., had demanded that De Becker deny finding any evidence of “electronic eavesdropping or hacking in their newsgathering process.”

“Our investigators and several experts concluded with high confidence that the Saudis had access to Bezos’ phone, and gained private
leaked text messages between Bezos and Lauren Sanchez, a former television anchor who the National Enquirer tabloid newspaper said Bezos was dating. ,” de Becker wrote on The Daily Beast website.

de Becker also said that Crown Prince Mohammed bin Salman, who is considered the responsible for the murder, has engaged a battle against The Washington Post.

But de Becker did not provide detailed info about the hack neither supplementary info emerged from the investigation he conducted, the only said to have shared his findings with the feds.

Saudi Arabia always denied the involvement of the crown prince in the murder of Khashoggi, it blamed rogue agents for the absurd incident.