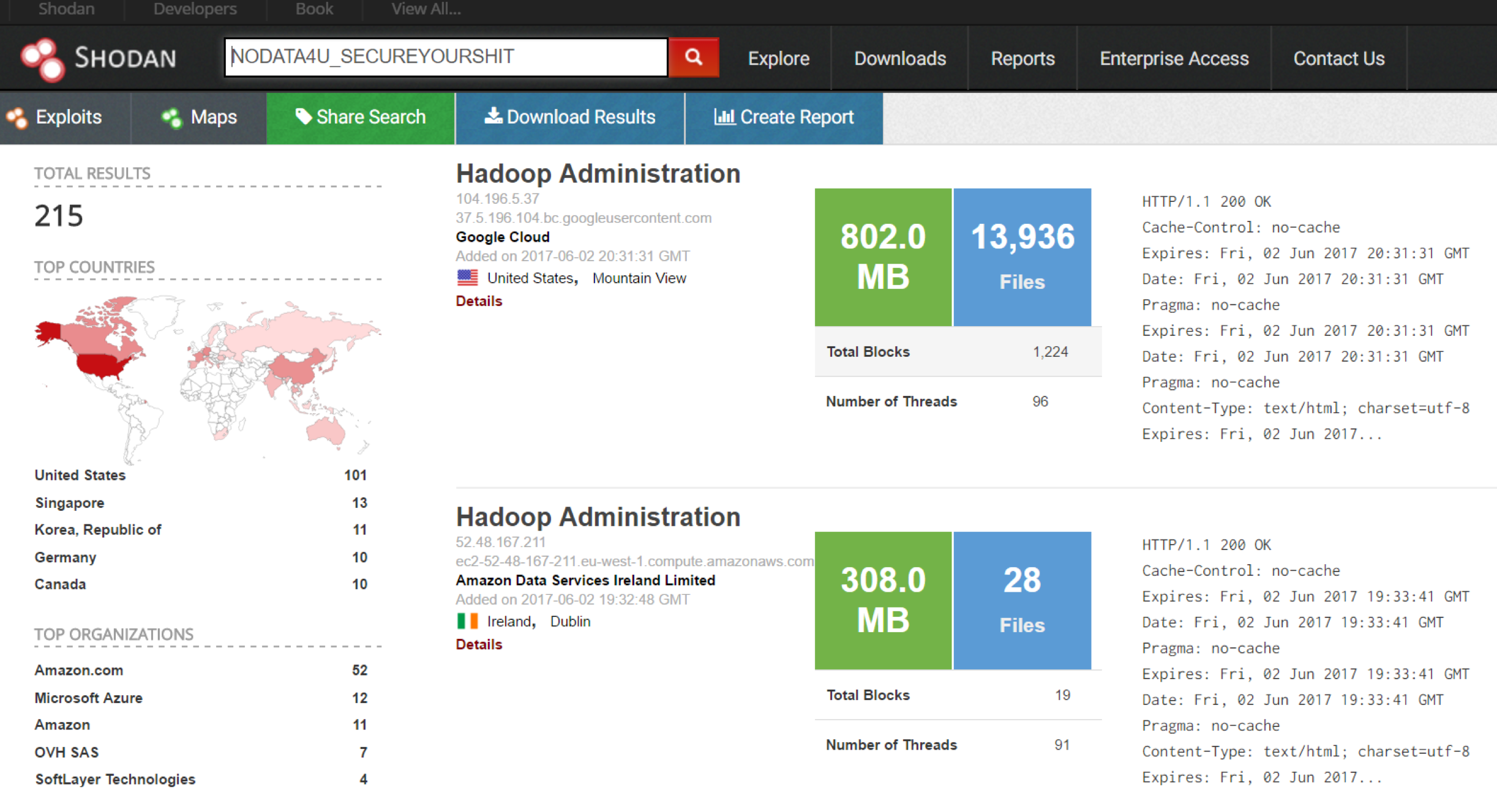 Hadoop servers that are not securely configured expose vast amounts of data, according to an analysis conducted using the Internet search engine Shodan.

A study conducted by Shodan revealed that nearly 4,500 servers with the Hadoop Distributed File System (HDFS) were found to expose 5,120 TB (5.12 PB) of data.

The overall volume of data exposed by HDFS system is greater than the one related to MongoDB installs.

“However, in terms of data volume it turns out that HDFS is the real juggernaut.” reads the analysis published by Shodan. “To give you a better idea here’s a quick comparison between MongoDB and HDFS:”

“Even though there are more MongoDB databases connected to the Internet without authentication in terms of data exposure it is dwarfed by HDFS clusters (25 TB vs 5 PB).”

Most of the servers with the Hadoop Distributed File System are located in the United States (1,900) and China (1,426), followed by Germany and South Korea with 129 and 115 servers, respectively.

The majority of the HDFS install are hosted in the cloud, mainly Amazon (1,059 instances) and Alibaba (507).

According to the researchers, the hackers were implementing an extortion mechanism copying and deleting data from vulnerable databases.

Crooks requested the payment of a ransom in order to return data and help the company to fix the flaw they exploited.

According to Shodan founder John Matherly, a majority of the MongoDB servers exposed on the Internet have already been already compromised.

First attacks observed by the experts targeting HDFS installs erased most directories and created a directory named “NODATA4U_SECUREYOURSHIT.”  No ransom was asked for from the victims.