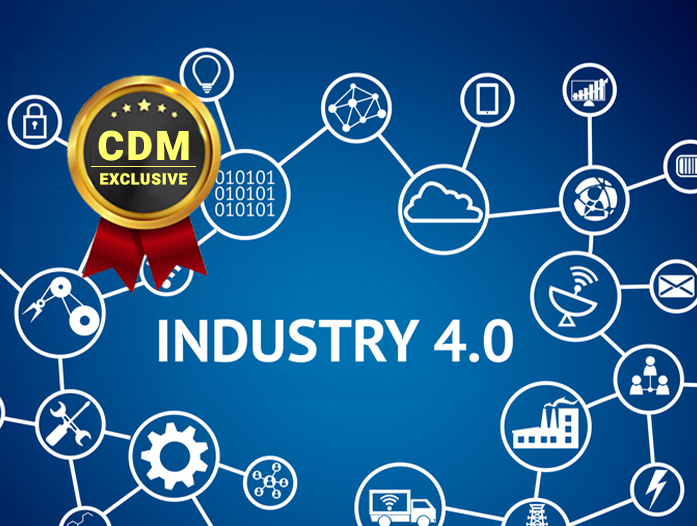 New tendencies in the technological landscape have brought new challenges in safety and security terms. It appears that industry 4.0 is more than ever under the risk. The modern studies suggest that the majority of the industry 4.0 infrastructures could be under physical, cyber, and biological threat which is a challenge for both – human and non-human resources. In order to overcome that gap, we need to count on defense skills even in the civilian sector. In other words, it’s not sufficient to think as a defense, but we also need to adopt something of such a best practice, so far. The current times have given us so inconvenient biological concerns such as the COVID-19 pandemic that has made a lot of sabotage to our everyday lives and businesses. On the other hand, that kind of threat targets human resources, while the physical and cyber attacks mainly aim the non-human assets as they equally can shake the critical infrastructure and put under risk human beings. Some security experts have discussed that natural disasters could be recognized as security threats, so in any way, all of so is about industry 4.0. The defense skill means we need the security approach to anything we do as the ongoing days are overwhelmed with the dangers to everyone and everything. In this effort, we do not want to sound paranoid, but rather as appealing about the problems our new reality has brought to us. Industry 4.0 is the new chapter in our history and it’s logical it will provide us something novel, but it seems that this new epoch is also tough enough for many. No time in the past has been easy and right here, we will talk a bit more about how it looks like from today’s perspective. We believe this article will give a quite comprehensive insight to what we in technological sense experience nowadays.

Throughout past, there have been the industries 1.0, 2.0, 3.0, and right now the 4.0. Every of those historical eras has dealt with their social, business, and economic impacts, and at the very beginning of each epoch the main aim was to make a profit and improve the lives of the wide population. The first two industrial revolutions have meant industrialization, while the 3rd one has brought to us digitalization as well as the fragments of the world we face up today. In other words, industry 4.0 is only the digital transformation of something we have discovered sometime before and its principles are mainly the same, but still better than ever backward. Any of the previous technological revolutions have combated with the threat’s landscape and in any of those times, the safety and security have been the imperatives. As we said, the main goal of the industry is to give the money to the minority that has the power in their hands, so no one has ever cared about the security demands that can be human and non-human. The human risks usually go under the Criminal Code, while the non-human could be correlated with the wide spectrum of natural disasters and technical catastrophes. Also, a good requirement to any machine being made throughout time is its reliability that can assure us that equipment can work under heavy conditions. Apparently, if the system has the endurance it can survive the heat, humanity, oscillations and even much worse conditions, so far. In modern times, the critical stuff in any asset is its communication with its surrounding as well as the distribution of the energy. No factory and business can work without electrical energy, telecommunication, and web connectivity, so maybe we should return to the past and think a bit about how reliable the infrastructure in such a time has been. It seems if we talk about the reliability that’s something being so close to the safety and indeed, the entire industrialization has been concentrated to those requirements.

For instance, at the beginning of electrification so many people have been feared that electrical power can kill, and no matter how hard the investors and inventors have tried to distribute their products to the marketplace in order to make a profit no one of that time’s people would pay a cent for their solutions if they have not been convinced those things are safe for handling and consuming. Indeed, only under well-defined circumstances was the fact for a reason any manufacturer must issue the warranty for their product. From this example, it’s clear that the first bases of the society we know now have been made. Further, if anyone wanted to guarantee safety he needed to clearly state that in some contact that had the legal weight. So, the technological progress of that time has been followed with the improvements in the legal systems as well as the enhancement in the defense sector that had to be capable to prove someone’s guiltiness if anything turned wrong. In addition, if we discuss the very beginnings of industrialization it’s obvious that such a time has been convenient for the development of the business environment and the entire marketplace. In other words, something that has happened a century or two ago in today’s developed world is occurring right now in the less developed economies worldwide. Earlier we start sooner we will develop our communities. The point is the entire social environment must cope with the technological progress as there is always the need for reforms and re-considering of the current condition. Above all, the world has changed its landscape throughout history and a good portion of the globe has made the progress. The capital is still in the hands of the minority, but it seems the quality of life for many has been improved. The entire humankind is under constant and chronic development and the aim is to make such progress being sustainable, so far. On the other hand, it seems that the diverse security threats can return us few steps back and the role of the modern defense is to manage such a risk.

The nowadays communication has mostly been oriented to the internet as that technology is well-developed and quite cheap. Also, such a channel has its weaknesses and anything relying on so can deal with those vulnerabilities. According to many organizations, the web is a critical infrastructure that makes all of us being so vitally dependable on it. Moreover, any research and development effort in some project is responsible for guaranteeing the safety to the consumers. On the other hand, it appears that it’s time to shift from the safety requirements to the security demands. Security is something that can prove us that no one from the outside can threaten our assets. Even insider threats would not exist if there is no third party that manages the entire operation externally. Also, even the natural disasters are security threats coming from the outside that can seriously disadvantage everyone being exposed to. Therefore, there have been a plenty of safety procedures and policies that are needed to be followed within some organizations. Those protocols can manage the behavior and codex at the work and decrease the chance for the harm occurrence in the surrounding that is already full of the risks and challenges. Some security professionals will see the risk as the probability of something wrong happens at any time and any place, so either the risk is about safety or security we should always be aware that there is the worst-case scenario we need to predict and handle. So many developed organizations have dealt with the broad spectrum of the incidental situations that have gotten their recognition and response, so far. In total, we want to explain the parallel between reliability and safety. In this effort, we have mentioned that something reliable can function under so strictly defined conditions as suggested making anyone coping with such a system feels convenient. So, reliability is about the convenience in any situation. On the other hand, safety is about the minimum of the probability something wrong can happen only under the condition when the risk is managed. Those two terms seem similar, but they are not the same completely.

Finally, it’s important to wrap up this article with the reminder that the threat’s landscape is about security as that sort of phenomenon can make us think about some kind of attack coming from our opponents that do not belong to our community. Apparently, if anyone from the outside gains the member of some community that person becomes the threat, and does not matter how well he is in-filtered into that family he is just against the interests of everyone being a part of that group. In other words, any threat is capable to generate a new threat, and as we know the experienced criminals and terrorists are able to recruit new members of their groups making a headache to many, so far.

Milica D. Djekic is an Independent Researcher from Subotica, the Republic of Serbia. She received her engineering background from the Faculty of Mechanical Engineering, University of Belgrade. She writes for some domestic and overseas presses and she is also the author of the book “The Internet of Things: Concept, Applications and Security” being published in 2017 with the Lambert Academic Publishing. Milica is also a speaker with the BrightTALK expert’s channel. She is the member of an ASIS International since 2017 and contributor to the Australian Cyber Security Magazine since 2018. Milica’s research efforts are recognized with Computer Emergency Response Team for the European Union (CERT-EU), Censys Press, BU-CERT UK and EASA European Centre for Cybersecurity in Aviation (ECCSA). Her fields of interest are cyber defense, technology, and business. Milica is a person with a disability.