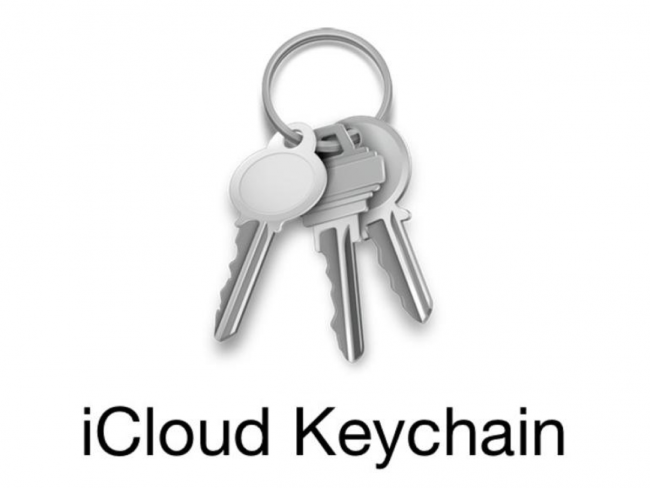 Apple has recently fixed an iCloud Keychain vulnerability that could have been exploited by hackers to steal sensitive data from iCloud users.

The researcher Alex Radocea of Longterm Security discovered in March a vulnerability tracked as CVE-2017-2448 that affects the iCloud Keychain.

Apple promptly fixed the issue, along with other bugs in its products, at the end of March.

The iCloud Keychain sync feature allows Apple users to synchronize their keychain, in this way passwords and other sensitive data are shared among all the user’s Apple devices.

Apple implemented end-to-end encryption for the sync process, the encryption relies on a syncing identity key unique to each device.

Data is transmitted via the iCloud Key-Value Store (KVS) and any connection between apps and the KVS are arbitrated by “syncdefaultsd” and other iCloud system services.

The researchers Radocea discovered a vulnerability in the open source implementation of the Off-The-Record (OTR) messaging protocol. Any device can transmit OTR data if it is part of a group of trust called “signed syncing circle.” The access to the signed circle requires permission from an existing device and user interaction.

“The “signed syncing circle” is signed both with the private keys from the syncing identities of each device as well as with a key derived from the user’s iCloud password.” reads the blog post published by Radocea. “In order to update the “signed syncing circle” with a new device, an existing member of the circle must approve an application ticket and add the requesting member’s public key to the circle. This application ticket must be signed with a key derived from the user’s iCloud password, and the approving device similarly prompts the user for the iCloud password to verify. This requires user interaction on the requesting device and on the device already in the circle, to verify that both devices have knowledge of the user’s current iCloud password.”

Radocea discovered that the signature verification procedure for OTR could have been bypassed, this means that an attacker can launch a MitM attack to negotiate an OTR session without needing the syncing identity key.

The hacker can exploit the flaw to impersonate other devices in the circle when keychain data is being synced intercepting the related data. Watch out, the flaw cannot be exploited to join the signing circle.

The expert highlighted that if the user doesn’t enable two-factor verification for its account, an attacker can access the target accounts by capturing its iCloud password.

“Considering that OTR uses ephemeral keys for encryption, this flaw implies that a syncing identity key is no longer required for an adversary with Man In The Middle capabilities to negotiate an OTR session to receive secrets. Although an attacker can not join a signing circle with this flaw, they can impersonate any of the peers in the circle when keychain items are being synced in order to intercept keychain secrets.” continues the blog post.

“For an adversary to gain access to user Keychain secrets, an adversary could leverage this flaw with one of several capabilities to receive keychain secrets. First, assuming that two-factor authentication is not enabled for the user, an attacker with the victim’s iCloud password would be able to directly access and modify entries in the user’s iCloud KVS data,”

The expert also warned of possible modification of iCloud KVS entries and the lack of certificate pinning for TLS communications that opens the door to the attackers.

“Second, a sophisticated adversary with backend access to iCloud KVS would also be able to modify entries to perform the attack,” said the researcher. “Third, the ‘syncdefaultsd’ service does not perform certificate pinning for TLS communications. Without key-pinning, a maliciously issued TLS certificate from any trusted system Certificate Authority could intercept TLS sessions to the iCloud KVS web servers and also perform the attack.”

Apple has fixed the vulnerability by improving the validation for the authenticity of OTR packets.

Threat actors exploit a flaw in Coinbase 2FA to steal user funds Vulnerability Patching: Why Does It Fall Short So Often? Housekeeping Pitfalls of Vulnerability Management Microsoft Support Diagnostic Tool Vulnerability: What to Learn from It and How to Stay Safe The Cost of a Siloed Response: How a Lack of Collaboration is Becoming Security’s Biggest Vulnerability Hackers stole data from Norway parliament exploiting Microsoft Exchange flaws IBM Cost of a Data Breach study: Cost of a Data Breach hits record high during pandemic Microsoft: Russia-linked SolarWinds hackers breached three new entities
May 11, 2017