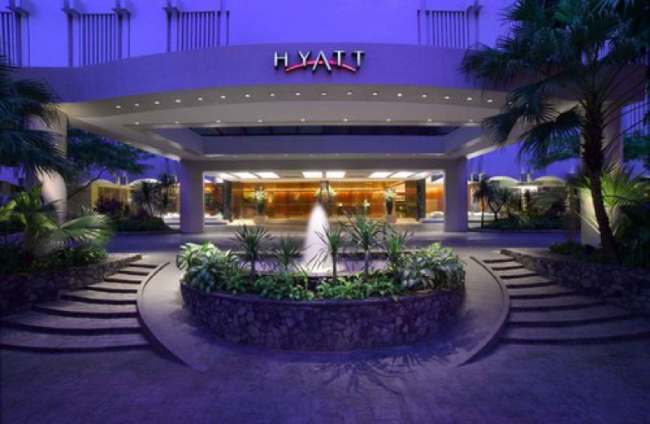 The Hyatt Hotels Corporation notified customers that their credit card information may have been stolen by crooks, the second time in 2 years.

The Hyatt Hotels Corporation made the headlines once again, the company notified customers that their credit card information may have been stolen by crooks.

“We understand the importance of protecting customer information and securing our systems, and we regret to inform you that we discovered signs of and then resolved unauthorized access to payment card information from cards manually entered or swiped at the front desk of certain Hyatt-managed locations between March 18, 2017 and July 2, 2017. A list of affected hotels and respective at-risk dates is available here.” states the breach notification.

According to Hyatt, crooks planted a malware on payment systems at certain hotels to harvest credit card data from guests that physically entered or swiped at some hotel front desks between March 18, 2017 and July 2, 2017.

“Based on our investigation, we understand that such unauthorized access to card data was caused by an insertion of malicious software code from a third party onto certain hotel IT systems. Our enhanced cybersecurity measures and additional layers of defense implemented over time helped to identify and resolve the issue.” continues the notification.

At the time, Hyatt is not able to identify each specific payment card that may have been affected by the data breach.

“While we estimate that the incident affected a small percentage of payment cards used by guests who visited the group of affected Hyatt hotels during the at-risk time period, the available information and data does not allow Hyatt to identify each specific payment card that may have been affected,” said Chuck Floyd, global president of operations at Hyatt Hotels Corporation.

Unfortunately, this isn’t the first time the company discovered a data breach, this is the second incident in the last two years.

In January 2016, the Hyatt Hotels Corporation announced a total of 250 of its resorts were compromised in a malware-based attack in 2015, hackers stole customer payment card information.

At the time of the incident, the company announced a significant enhancement of cybersecurity measures to protect its payment systems, but the actions were obviously not enough.

Twitch data breach updates: login credentials or card numbers not exposed Crystal Valley hit by ransomware attack, it is the second farming cooperative shut down in a week The Importance To Provide Buyers And Sellers Secure, Convenient, And Frictionless Payment Experiences IBM Cost of a Data Breach study: Cost of a Data Breach hits record high during pandemic A member of the FIN7 group was sentenced to 10 years in prison When Diplomacy, Finance and Tech Collide: Cybersecurity Lessons Learned from Years Across Careers GDPR: Four Years After Its Enactment, Where Do We Stand? New Research Reveals Network Attacks at Highest Point Over the Last Three Years
October 16, 2017