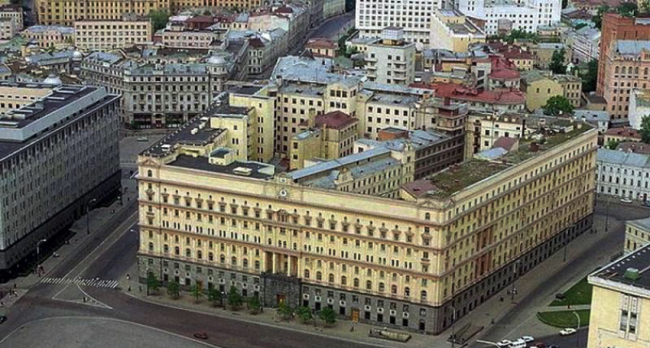 HPE allowed Russians to review the code of ArcSight software, which is also used by the Pentagon

HPE gave Russian gov access to review ArcSight software that is currently used by corporate and government entities worldwide, including the Pentagon.

The recent news of the alleged hack of Kaspersky products to steal NSA exploit from the personal PC of a US contractor has put in the background another equally worrying news.

Another tech giant has come under fire, reports claimed the company HPE gave Russian defence forces access to review software it sold to the Pentagon. The software is the same supposedly used to protect the agency’s networks.

According to regulatory records seen by the Reuters agency, HPE allowed Russian defence agencies to access the source code of its ArcSight software with the intent to obtain the certification needed to sell its software to the Russian public sector.

The review for the ArcSight software took place last year, while the tension between Washington and Moscow was high due to the increasing number of cyber attacks against U.S. politicians, government agencies, and companies.

“Hewlett Packard Enterprise allowed a Russian defense agency to review the inner workings of cyber defense software used by the Pentagon to guard its computer networks, according to Russian regulatory records and interviews with people with direct knowledge of the issue.” states a blog post published by the Reuters.

“The HPE system, called ArcSight, serves as a cybersecurity nerve center for much of the U.S. military, alerting analysts when it detects that computer systems may have come under attack. ArcSight is also widely used in the private sector.”

The ArcSight platform is used in both government and private industries, clearly, the analysis of the code could help the Russian Government in detecting security vulnerabilities that could be exploited by state-sponsored hackers to target HPE customers, including the Pentagon.

The Reuters quoted several former US military sources and former ArcSight employees, HPE told Reuters that no “backdoor vulnerabilities” were uncovered in the Russian review.

Of course, this is not sufficient, do you believe that Russian experts would have reported HPE the flaws discovered during the review.

“It’s a huge security vulnerability,“ said Greg Martin, a former security architect for ArcSight. ”You are definitely giving inner access and potential exploits to an adversary.”

HPE pointed out that neither ArcSight source code or any of its products had been compromised.

The review was carried out by the company Echelon which has close ties to the Russian military. The company operated on behalf of Russia’s Federal Service for Technical and Export Control (FSTEC), the Russian agency tasked with countering cyber espionage.

“Echelon president and majority owner Alexey Markov said in an email to Reuters that he is required to report any vulnerabilities his team discovers to the Russian government.” continues the Reuters.

“But he said he does so only after alerting the software developer of the problem and getting its permission to disclose the vulnerability. Echelon did not provide details about HPE’s source code review, citing a non-disclosure agreement with the company.”

From the Russian point of view, it is essential to review the code of any software developed by foreign firms in order to prevent cyber espionage activities like the ones described by Edward Snowden.

One reason Russia requests the reviews before allowing sales to government agencies and state-run companies is to ensure that U.S. intelligence services have not placed spy tools in the software.

Russia has also held long-term suspicions that US forces are attempting to carry out surveillance using computer software, but the FSTEC review apparently found no issues to report.