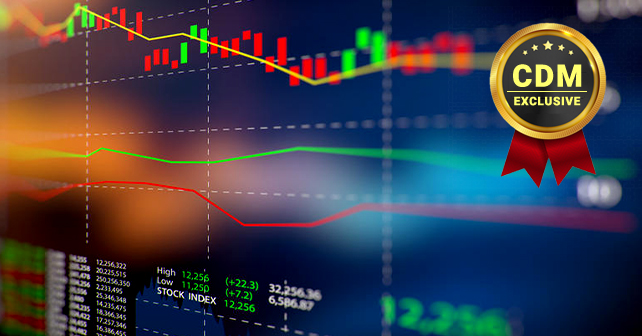 The digital transformation as being the part of the 4th industrial revolution would so deeply evolve the entire technological landscape. There would be some discussions if the emerging age would cope with the revolution or simply evolution. From this perspective, we can notice that some stuff would get improved leaving a lot of space for the innovations, while the rest of them could simply get transformed from one form to another. In other words, it’s all about the technological progress and at this stage; we cannot talk about the purely branding new things on the marketplace because everything existing today would just be the part of the evolution with technology. So many researchers of nowadays would deal with the artificial intelligence or AI and one of the segments to such an area got the machine learning of ML. The ML is basically a set of static algorithms that would use data at their input and produce some outcomes being so analytical by their nature. So, if we want to send some amount of data to ML software – we need such a solution to accept those data and give us some results either being the segments of predictive or descriptive analytics. In such a manner, it’s quite clear why those advancements could find their place in the modern business environment and it’s quite logical that such a product could get so useful in understanding the business intelligence or BI. So many companies and enterprises over the globe would count on a BI-driven marketplace and if we can obtain the certain level of accuracy with the ML approaches – we would impact a decision making regarding the business surroundings getting more and more rational. In this effort, we would try to go through this so exciting topic and explain how an ML could serve in order to take competitive advantage.

The challenges of a modern business landscape

The ongoing business landscape would be so challenging environment for a reason there would be so many products and services being so attractive offerings that would get provided for the quite suitable prices. That would make the competition amongst the economies being more exciting and not even everyone would survive in the marketplace. It’s well-known that the investment into new and new technological solutions could be from the crucial significance for the marketplace players to succeed in so competitive surroundings. Everyone would want to be the leader and only a few of them could obtain such a requiring task. The global economy’s landscape would deal with both – small and large businesses – and they would need to play intelligently in order to stay on the marketplace or even expand.

So, the good question here would be how we could take any sort of competitive advantage on the marketplace making us better from our competition. For instance, if some small enterprise selling the home appliances invests some funds into the competitors’ tracking software – it would definitely get in position to take competitive advantage and make the good incomes simply coping with what the competitors do. Also, it’s well-known that the accurate information could offer us some kind of advantage over all our business opponents, so the big business players would just be in the competition about who would get what the first. For such a purpose, you can pay someone for some advice or buy some accurate information from the intelligence sources. The next question here would be what to do with those findings and how to use them in order to get smarter than your competitors. The good point here is you can always rely on emerging technology and give it those data to do some analytics and possibly forecasts.

Descriptive vs. predictive analytics and why they matter

In the practice, the ML could deal with the descriptive and predictive analytics and it’s so significant to make a brief overview of why both of them matter. For instance, in case of descriptive analytics – you would cope with the set of data being given to the ML either online or offline software and such a tool would produce you some rational reporting and statistics. That could offer the chance to the decision makers to get the quite accurate insight into the business needs and feasible courses as well as directions that should get followed in order to get beneficial in the competition. On the other hand, the predictive analytics could provide you an opportunity to use them skillfully and automatically analyzed data in order to make some business predictions. If those sorts of predictions got with a high level of accuracy – the decision makers would create an opportunity for their businesses in order to smartly invest their resources into some marketplace stream.

How to get emerging applying machine learning

In order to choose to invest in some ML products for your business purposes – you can make the right choice on. Such an investment could bring you some kind of competitive advantage within your marketplace and if you are amongst the pioneers applying such a technology – you would definitely operate with the huge profit being gotten on. The emerging economy is the arena of smart players and only the best could be the leaders. It takes a lot of time and effort to obtain so, but once you get positioned with that level you need to manage yourself to remain there. This may appear as the quite handy outcome of the digital transformation and practically – it is, so it’s such a good to know how to select and apply your secret weapon for shooting your competitors on.

The advantages and disadvantages of machine learning

First of all, any kind of AI or ML cannot replace the human brain and its functions. The machines would work using so static or dynamic algorithms and they would not deal with intuition, instinct, thought process or any other things getting correlated with the human mental system. Some experts would suggest that the machines got more accurate than the people are and human beings need to get concentrated and extremely skillful in order to avoid any kind of mistakes. Anyhow, the people are those who created the machines and gave them the option to learn, but such learning is so limited with the heaps of programming functions and procedures. So, even the machines got the quite limited set of rules they can cope with and even they could be somehow more accurate resolving those concerns than humans are – you should always get in mind that the machines cannot feel and they cannot play the role of intuitive-judging thinkers at least not at this stage of the human kind’s progress and development.

The future of a machine learning technology

Some futurists would suggest that the machines would become that smart, so they would get in such a phase of their development to take control of the human race. Maybe that’s the part of some science fiction movies at this scale, but there are some serious prognoses that could convince us that probably not in that close future we could get the slaves of some scary Matrix’s machine world. Let’s say at this moment everything is under our control and we should proceed with the projects that would bring us much more convenient solutions that would serve to our needs and make us being more skillful with our businesses, so far.