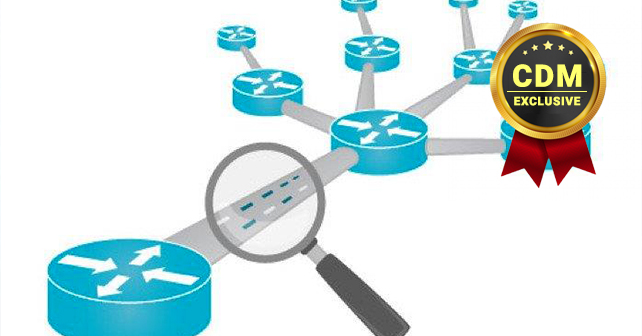 How to secure your network traffic?

A computer network is a group of devices being connected to the internet and forming a big web entity out of them. It’s quite good to mention that the computer or device network – in case of the Internet of Things (IoT) – would deal with the devices getting assigned different IP addresses and each machine in that group would have so unique IP address. This is quite helpful to know to better understand how such a network works and how its traffic goes. Dealing with the organization’s network means – getting a chance to configure so many computers being supported with the network’s gadgets such as modems, routers, hubs, and switches.

There are several network’s configurations being applied in the practice and at this stage – let’s say – that’s the task to network administrators and engineers to decide how they could define their networks. So many organizations would use wireless internet and some of them would rely on a broadband connection requiring a lot of wires and cables. From the network’s administration point of view – there are some advantages and disadvantages in applying some of those solutions. For instance, the wireless internet is more cost-effective as it would not use so many cables and wires as the wired web would consume, but – on the other hand – it would deal with some drawbacks such as the electromagnetic field interference that could slow down the information exchange.

The experience would suggest that many people would use the combination of these two solutions and they would be satisfied with the outcomes getting from such a configuration. Also, we would want to mention that the point of this review would be on the network’s security and for such a reason – we would talk about tactics and approaches you could apply to make your network experience being more suitable.

It’s quite well known that devices being connected in the computer’s network would communicate with each other as well as with the external web. In order to avoid the cyber-attacks – you should know that if one computer in the network gets infected with the viruses, worms, spyware or ransomware – there is the quite huge risk that within the very short period of time the entire network could get infected as well and in such a case – you should try to apply the well-known disaster recovery and business continuity procedures. Sometimes it’s not that easy to repair your computers from some sort of hacker’s attacks and in the practice – it would require lots of skills and experience. In other words, you should always get aware that the cyber diversion may occur and for such a purpose – you should create the role within your enterprise that would be responsible for IT security.

As your business is getting bigger and bigger – you would need more IT security professionals that would maintain the risk within your organization’s network at the lowest possible level. In the practice, many big organizations would deal with the security operation centers (SOCs) and at such a place – you would find so many IT security professionals, analysts and cyber geeks that would watch after your critical asset. The current situation would indicate that we need more experts in the area of cyber defense – especially in the private sector which would pull the entire economy of any country. Many developed societies in coordination with their governments would create so useful documents suggesting how good practice should appear in reality. Intentionally, we would not say the best practice as many people would call those procedures and policies because they should always be improved and that’s the way we would believe they got the quite good and not the best ones.

Some researchers would suggest that we should try to avoid the hacker’s tools getting remotely connected to our devices. The recommended way to do so is to set up your Firewall – either being software or hardware by its configuration. Through our research, we would find some sources that would claim we should follow the quite good practice of disabling the inbound connections within our Firewall protection. In other words, those researches would indicate that most of the publicly available hacking tools would use our inbound ports in order to obtain access to our devices. If we block those connections – we could reduce the risk from being hacked. In addition, we would get the information that the entire web traffic could get transferred from inbound to outbound ports and if we do so – we should count on less threatening network’s communications. On the other hand, if you use some messenger tool for – let’s say – chatting purposes – you should define its inbound port being opened because in the opposite – your messenger would not work at all. Well, let’s say that we have defined some inbound port for the messenger communications and we have assured that we could take advantage over that tool. In such a case, the hackers could try to exploit that vulnerability attempting to access your computer and the entire network through that port. Finally, you would agree that configuring the network’s traffic is the quite trickery job and it seeks a lot of knowledge to get obtained.

One more suggestion we could make regarding the secure network’s traffic is that we should try to get the difference between public and private IP address. The private IP address is the IP address that would belong to your physical device, while the public IP address is the one that would get recognized from the web. Many cybersecurity experts would agree that if you make your public IP address being different from your private IP address – you could make your network’s communications being more reliable and secure. For such a purpose, people would use many different tools and the most applied in such a case is a Virtual Private Network (VPN) gadget. That application would hide your private IP and possibly the entire location and make your internet experience being more convenient. Maybe this could be the good tip to many network’s administrators and engineers doing the configuration of your network.

In conclusion, putting the group of devices in the network is the task that would look for so many skills. On the other hand, making such a network being secure is the real challenge. In other words, you need to manage the feasible risk every single day and even if you are fully concentrated on that task – you could get the victim of a cyber breach. The purpose of this review is to suggest some of the examples of good practice and not to provide the silver bullet to all existing concerns. In this case, the silver bullet would not exist and the only thing we can rely on is the hard work.

Milica Djekic is a well-read and frequent contributor to Cyber Defense Magazine. Since Milica Djekic graduated at the Department of Control Engineering at University of Belgrade, Serbia, she’s been an engineer with a passion for cryptography, cybersecurity, and wireless systems. Milica is a researcher from Subotica, Serbia. She also serves as a Reviewer at the Journal of Computer Sciences and Applications and. She writes for American and Asia-Pacific security magazines. She is a volunteer with the American corner of Subotica as well as a lecturer with the local engineering society.