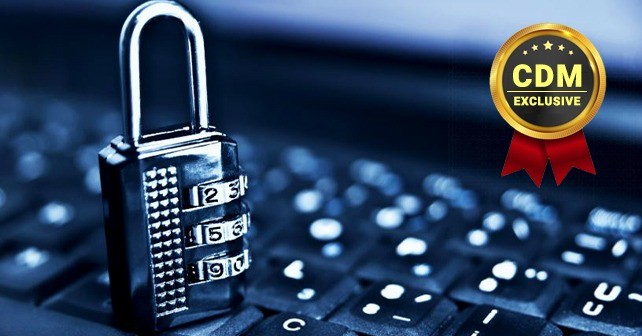 How To Prevent Your Data Loss Using Enclosed Data?

Before we try to make some suggestions on how to prevent your data loss in the practice, we should attempt to explain what we mean by such an occurrence. Your confidential data could get be the target of the both – cyber espionage and cyber sabotage, so far. In both cases, your critical information could stay with you – especially if you deal with their backup, but the cybercrime underground could get in their possession. In any matter, your data would be in the hands of malicious actors and they literally can do anything with such lost findings. The data loss is an emerging concern to the modern cyber defense and security – in general, so we should think smart how to prevent such stuff even happen. The unauthorized accesses to some IT infrastructure could cause the data leakage and their misusing which could be so alarming to any organization guaranteeing it is capable to protect its IT asset. Today the hackers would so easily obtain the sensitive information about some device or the entire network and try to do espionage stealing everything being so valuable. The main challenge is how to prevent your data from being lost through the cybercrime operations and to be clear – there is no the silver bullet to such a scenario for a reason any single cybersecurity activity would need a lot of effort to get maintained. The purpose of this review is to make some suggestions and possibly offer some constructive ideas to the cyber defense community on how to approach such a problem, so far. The price of the confidential details on the marketplace is extremely high and the socio-economical impacts to any private or business asset could be so dramatic. There is the strong need to protect your critical data from being stolen or destroyed for a reason the consequences could be so serious and once lost data could serve to far more dangerous purposes. In addition, you should think hard how to prevent the hackers from making the breaches to your IT system and taking from there anything they can get in so illegal manner.

What are the enclosed data?

The good trick with the data being the part of some cyber asset is to make them being enclosed to that device on. What would we mean by the enclosed data? Those kinds of details would not get allowed to get moved or better say – manipulated by anyone attempting to do so from the outside mainly using the unauthorized tools for such a business. There is the certain set of rules that should get followed in order to make your confidential information being manageable from your machine only and getting accessible from the remote locations that got the permission to deal with them, so far. In other words, you need the well-developed systems that would allow you to, for instance, attach your files to your email messages, upload them to some websites or social media accounts or save them on some removable device from your computer only. If anyone would want to make a copy of your sensitive data and re-direct it to some remote device – you should cope with the solution that would ban any unauthorized access to your files and folders. This research effort would just give some ideas and suggestions how such a secure system should work, but – in our opinion – there is still plenty of hard work for the R&D teams that should make the serious preparation and planning for that project. So, anyone getting the permission to manage data from your machine would get in position to do so including the security professionals who would use the pro tools for connecting to your infrastructure and getting the chance to transfer your data to their computing devices. In other words, anyone who would want to apply any operation to your sensitive data on your machine should get permission to do so. In the case of malicious hacking tools, such access should get prohibited, so far.

Why does smart programming matter?

If you make the good preparation to your programming algorithm and if you predict any single step with the user’s experience being correlated with your final product, you can expect that your software would do exactly what you want it to do. In other words, it’s so important to get your developer’s instructions, functions, and procedures into the logical order and carefully put under the consideration every single requirement of your project, so far. The developer’s environment would seek from you the skill in some programming language and does not matter which programming language you speak – you should understand that the end user’s experience is the ultimate goal to any developer’s project. Apparently, there is the huge need for the security researchers as well as computer science engineers who would get capable to forecast everything being from the strategic importance to the project and get the skill and expertise to deal with the everyday concerns as well as the new and improved versions of their creation. For instance, in so many programming languages – you can define the path to your final destination that should get followed in order to manipulate with the content being at that location within your working surroundings. If you figure out that you can intelligently take advantage over some programming commands and your developer’s skills – you would realize there are the heaps of undiscovered opportunities waiting for the developer’s community to get used to the extremes.

How to protect your IT asset from external incidents?

If your sensitive data are enclosed to your IT system and there are some restrictions about who can handle them – it’s quite obvious that there would be the lower risk to the cyberattacks coming from the outside. Maybe you would not prevent your machine from being breached, but you would definitely protect your data from being stolen and misused which is the main point of this suggestion. Yet, the open question is that you would not prevent your assets from being breached and you would only be able to prevent your data from being stolen which could be the sword with the two edges for a reason the hackers of the tomorrow could choose to damage or even destroy your critical data certainly causing their loss. The black market actors would rather select to steal anything they can steal and so many cyberespionage groups would give up once they get they cannot take anything from your machine. On the other hand, anyone being malicious within the cyberspace would be satisfied with the data and operating system demolition for a reason they would believe that’s the way to defeat their opponent or at least get paid.

The role of remote assistance permissions

If anyone would like to access your machine remotely – he should need permission for such an intervention. In other words, the IT systems of the future should cope with some bans about who can make a breach to your infrastructure decreasing the chance to the attackers to do the complete data loss. Also, it’s quite clear that so many cybercrime groups could get in possession of the professional tools or there could be some state-sponsored hackers who could apply such software to overplay our suggestion. Anyhow, the good data loss prevention strategy could be from the crucial significance for the cybersecurity of the tomorrow.

The good point of this discussion is that there are some ideas how to prevent the data loss at some level and in order to fully protect our cyber assets – we should think a bit about the combination of the cyber defense tactics and countermeasures that would help us to manage the risk intelligently. Any cyber breach could get discovered using the intrusion detection and prevention techniques and if there are some well-developed incident response strategies – the chances to your enemies to cause you the harm could be far more decreased. The final imperative to this suggestion would be to progress with the higher and higher levels of protection that could offer us an opportunity to prevent some variations of the data losses and possibly the cyber breaches opening an option to make much smarter and more secure surroundings to our end users. Finally, we are fully aware that the human beings would rather choose to get the machines serving to them and relying on the expert’s knowledge in resolving any inconvenient situation on, but at this stage that is still so far away. The technological solutions got no brain and they can do only what we want them to do, so as we are looking for the theory of everything in the physics and the fact is we are still satisfied with the small pieces of the science – we should know that the comprehensive solution in the cyber defense is still the distant future project and there are a countless number of small steps we need to take in order to get there.