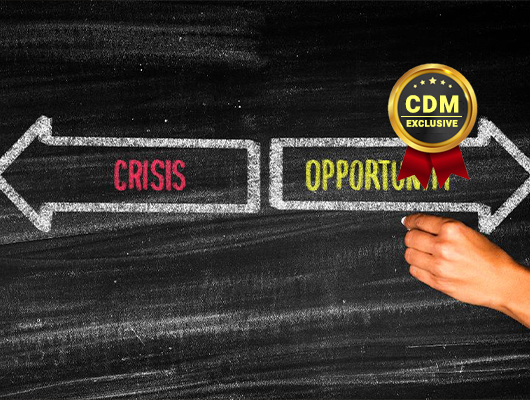 It’s always a challenge to manage your small business, but especially in times of crisis. Such a situation requires special skills, such as crisis management skills, pragmatism, and critical thinking. How can we create a new generation of business leaders who are capable of responding to all these demands?

Human psychology would suggest that the child is the parent of someone’s personality and it’s quite obvious that if we want to produce the new leaders we should try to teach them starting at the very beginning of life. The fact is so many young individuals spend the majority of their time on the web and as it is quite well known that cyberspace is often the busiest spot of the people’s activities. It’s quite impressive how good the new generations deal with cyber technologies and, apparently, modern strategists should use such a finding in order to direct the youth into some sort of usefulness to the entire society.

The point is if we want the competitive human resources in the decades ahead, we should begin working hard on that project now. A good education system matters, but will that be enough to make the new generation of the people think, deal, and make decisions in such a manner? The answer to this question could be quite unclear, but what we see at this stage is that, de facto, we need something both impactful and simple at the same time. In addition, we should study the psychology of the child’s development or probably try to cope with some habits being adopted early on and later used to define someone’s life choices.

So, what would be such common to all kids worldwide and how would they build on their first habits? The quite obvious stuff is all kids anywhere would love to play games and in that way develop their first skills and social contacts. We all would remember Monopoly and the experiences about how some simple banking works in practice.  Nowadays children would also love to play these games but in cyberspace. So, if you offer them the chance to do so on their own or as a team – you would undoubtedly teach them thinking in this way.

Kids often have very poor life experience, and the point is to make something so simple in order to motivate them to use their brains in order to resolve situations appearing on their screen. On the other hand, many of today’s army officers would select their current occupations just playing strategies and making decisions about how to manage their people and resources on a military basis.

If you want your kid to learn how to be a good manager, you should lead him into the world of business, enterprises, and management.  First, many kids cannot imagine how it works spending your time in the office, and if you provide them the opportunity to see how it looks and make some kind of interactive and engaging communications, then those young people would definitely become capable of responding to tomorrow’s competitive marketplace challenges. Also, if you put some obstacles into such a scenario making the players deal with some critical situations, you would also make them develop problem-solving skills in crisis management tactics and strategies coming from best practices and experts’ knowledge.

So, let’s return to the beginning of our topic, and let’s introduce some graphical representation showing how dealing with a crisis in your small business might look. Such an illustration would offer you some constructive insights and hopefully help you better understand how to deal with those problems. The diagram is given in the Figure 1.

As shown in the previous illustration, the small business crisis condition could depend on many factors. They could include social, environmental, technological, and economic conditions, for example. In practice, the social elements could include political, religious, safety & security and ideological reasons, while the environmental conditions might include natural disasters, biological factors, and even diseases. On the other hand, the technological and economic pillars could be positive, negative, or neutral, for example.

The fact is if we distinguish all these elements in such a manner, we could straightforwardly develop the algorithm or the decision making tree about how we could in operational, tactical, and strategic way respond to these challenges. The point is once you figure out what got correlated with what you could easily recognize some rules of those correlations and realize how they could get applied in sense of the problem-solving algorithms.

In such a case, the cyber defense could be linked to the technology impacts, and, in my opinion, anyone in that field can position himself to prepare for resolving those concerns. Also, the crisis management skill is something that would come with experience and it takes some time to become confident in such a role. Any empirical scenario would differ in some way from another and before you learn to recognize the similarities between them, you would need a lot of practice in your professional experience.

The time of crisis can come at any time, so it’s important to remain rational and realistic in approaching such a situation from a calm perspective. Small businesses are certainly an important part of the critical infrastructure, and that’s why any economy needs plenty of good ideas and proposals about how to protect its strategically significant assets.

Emerging technologies will play a valuable role in our everyday life and work, so they could serve us in making rational decisions and training a new generation of the workforce that will be more competitive and sophisticated than any generation before them. The task is challenging, but the results could be so far-reaching. 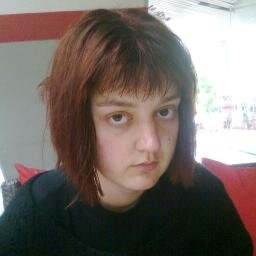 Milica D. Djekic is an Independent Researcher from Subotica, Republic of Serbia. She received her engineering background from the Faculty of Mechanical Engineering, University of Belgrade. She writes for some domestic and overseas presses and she is also the author of the book “The Internet of Things: Concept, Applications, and Security” being published in 2017 with the Lambert Academic Publishing. Milica is also a speaker with the BrightTALK expert’s channel. She is a member of an ASIS International since 2017 and contributor to the Australian Cyber Security Magazine since 2018. Milica’s research efforts are recognized with the Computer Emergency Response Team for the European Union (CERT-EU) and EASA European Centre for Cybersecurity in Aviation (ECCSA). Her fields of interest are cyber defense, technology, and business. Milica is a person with a disability.