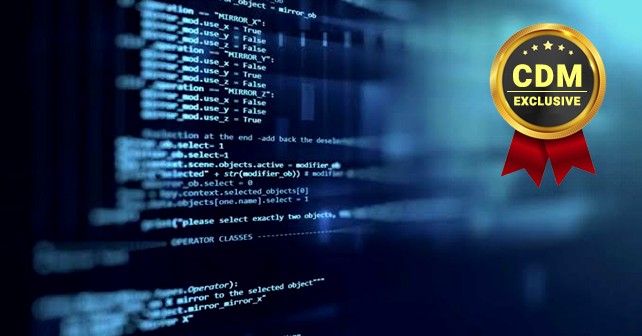 How to investigate a cyber crime scene?

The crime may appear anywhere – even in cyberspace. It’s simply a social phenomenon that would include people to deal in an inappropriate manner. So, as it’s well-known – cyberspace got a place of the big folk’s concentration. It’s so logical that such a spot could get potentially threatening someone’s safety and security.

Basically, that’s the fact! Through this article, we would try to discuss how cyberspace could become our new cybercrime scene as well as attempt to provide some insights about how such a case could get investigated.

Step 1: The motives
Many people would believe that sitting at home in front of their computers with an internet connection would make them feel secure. Unluckily, that’s not the fact.

The cyberspace is a place of many troubles and headaches. As we said, even sitting at home and surfing your favorite web pages cannot protect you from crime.

Although it’s about the cyber environment, we would call that crime a cybercrime. So easily, the bad guys could steal your confidential data, discover your work’s IP address or get money from your bank’s account.

Once someone has decided to hack you, there is a huge chance that you would become the next target. It’s only a matter of time and effort how long it would take before you suffer your first breach.

The question here would be what drives those folks to attack someone’s computer or the entire network. There is a vast variety of reasons and we would try to analyze some of them. First, many hackers would get led with the desire to do something spectacular, so they would join that business for their adventurism.

Also, we should get aware that some hackers would be politically, religiously or ideologically motivated and some of them – even state-sponsored. Being government-sponsored means that hackers would officially or unofficially work for some country and try to obtain confidential information from the enemy country through cyber means.

Finally, the real cybercriminals could be some sort of adventurists – similarly as the guys who would plan the armed robbery of the bank – but their reasons are more or less the same – they want the MONEY! In other words, those folks would be so financially motivated and seek an opportunity to use their skills to get a good benefit.

Luckily to all of us, anyone doing anything in cyberspace would leave a trace, so it’s mainly possible to resolve such a case.

The area dealing with such a capacity is called cyber forensics and through this effort – we would analyze how cybercrime investigation goes on and how capable the Law Enforcement agencies of today are to conduct a skillful investigation and prepare qualitative documentation for the court.

Step 2: The cybercrime got discovered
Once the bad guys got a condition to commit a cybercrime, they would do so. It’s a matter of routine checkups when such a case would get discovered. It’s recommended to periodically control your IT asset in order to confirm if everything got appropriate.

Once the IT Security Professionals have discovered a cybercrime, they would contact the authorities which would conduct a skillful investigation using digital forensics tools.

Those tools would offer experts to capture some evidence and prepare them for the next step of the investigation which is an analysis.

Here, we would want to mention that some digital forensics tools could be downloaded from the web for free, but it’s necessary to leave your personal details in any case.
This would suggest that such a marketplace got well-controlled, so IT Security Professionals would mainly use those resources.

Step 3: The investigation has happened
The next step with the investigation after collecting the evidence and not interfering with the cybercrime scene making the permanent changes would be to analyze such gathered data.

It’s necessary to pass through many pieces of training and educations as well as gain plenty of practical experience before you become a Digital Forensics Professional.

The entire analytical process would provide skillful reports as an outcome. Those reports would further be transferred to a court, so the case would get continued there. Many countries would not recognize cyber offenses as a crime for a reason they would not deal with any legal regulations about so within their societies.

Also, even if the country is capable to conduct some investigation, it could be quite a trickery to the court’s members to deal with the digital forensics reports due to the lack of skills and expertise in that area. So, how to conclude the case – in a general way?

Step 4: The case got concluded
The case should lead to an arrest of the suspect and such a person should appear on the court. In a practice, many of these cases would get the international character for the reason the hackers or cybercriminals would belong to the international gangs.

In such a way, it’s important to distinguish which country got jurisdiction over whom and conduct the investigation and the entire court’s process following the international legal regulations.

The final decision here should be a duration of the punishment or maybe a recommendation on what to do with those individuals. This is a good example of how international collaboration may work in a practice and how it’s significant to establish a reliable co-operation following the best practice in a field.

Are Encrypted Communication Apps used for Crime Operations? Making the Most of Virtual Cybersecurity Events for your Company and the Community Transitioning to Remote Work: The Apps You’ll Need to Ensure A Productive Workforce Top Tips For Securing Your DevOps Environment Europol arrested 106 fraudsters, members of a major crime ring The Best Network Protection: Go Deep or Go Broad? Rise of BYOD Once Again SAP systems are targeted within 72 hours after updates are released
October 19, 2019