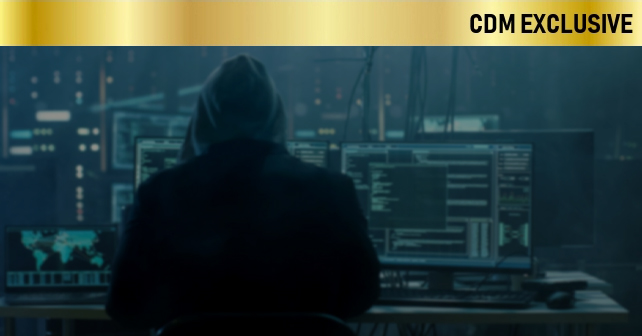 How to Combat a Terrorist Attack Using Modern Communications

Combating the terrorist attack is a challenge for security, safety, and community. Through the previous period of time, we are witnessing the different types of terrorist offenses and those occurrences could teach us to take the active role in fighting against such a security issue. The modern defense doctrine would appoint us to observe the terrorist activities as the incidents happening on the battlefield as well as within some populated areas. The terrorists would target the places with so many people as the impacts of their actions would get so spectacular. They would believe that more people get affected with their operations; the easier they would spread the fear, panic and hesitate within the societies. At this stage, we would notice that the current terrorist incident within the urban areas could get characterized as guerilla attacks usually including the lone wolves operations. Once the terrorist incident happens, it’s so important to resolve such a crisis at the crime scene. Sometimes the authorities cannot save the human lives and in those cases – the bad guys are getting the battle. If we talk about the hostage situations, we frequently need a team of the experienced Special Forces persons who are capable to tackle such a scenario and negotiate with the malicious actors. The question here would be if we could prevent the terrorist activities anyhow. The answer to this question is quite clear and it would suggest that there are the methods, techniques, and strategies to maintain the risk from terrorism at the quite acceptable level. The near past experiences would indicate to us what the possible targets of the bad guys are and the entire defense and intelligence community would cope with the situation on the terrain from hour to hour. The role of this effort is to provide better insight into how the terrorist plans could get discovered in the practice and how we could potentially prevent any serious losses within our communities.

So, we would suggest that there are ways to monitor the situation constantly and continuously and probably respond to any terrorist attack attempt. First, we need to realize that the terrorist groups are vitally dependable from the emerging communications technologies and if you want to get some of those actors, you need to cut on their information exchange. So many dedicated individuals from a defense sector would work day by day and spend a lot of sleepless nights in order to protect the values of our ongoing civilization. That’s not the easy task at all and such a profession seeks a lot of patience and concentration in order to remain focused on your mission. The fact is defense forces would try to prevent the terrorist attacks putting under a control the entire cyberspace and the rest of the communications channels. Why it matters to do surveillance of the web, phone lines, and so many connected devices? The answer to this concern is quite obvious and it would indicate that those places got so busy and if you put them under the monitoring – you would undoubtedly find something. The experience would suggest that the bad guys would choose to frequent spots to operate and either they do something in the public or from the safe locations using their computers with the internet connectivity – they would get capable to exchange plenty of information and make some plans on. The role of the defense persons is to discover such communication and prevent any malicious stuff happens. The point is the good guys would deal with the technology that would provide them with a chance to manage the risk at the quite good stage.

The fact is so many terrorist incidents would get discovered before anyone tries to do anything and from time to time the terrorists would succeed in their intent to cause harm to innocent civilians. Unfortunately, the defense community would sometimes fail to protect the people from those malicious operations and the entire societies would get wounded with those occurrences. The systems for the communications surveillance could get manual, semi-manual and fully automatic requiring more or less human engagement. Anyhow, the role of the defense professionals could not get underestimated in any fashion, because they would need to serve those technological advancements. The crucially important thing to such a task is the skill. In other words, if we need anyone preventing us from any crime – it’s so significant to understand that such a person should get trained for that job. So many role-based systems would offer us an opportunity to do the administration of the user’s accounts and monitoring such a communication – we would be in the position to search for the possible malicious activities. The good instance of the rule-based system is a Tor and if we want to make a deep dive into the Darknet, we would need to invest a lot of time and effort in order to analyze those communications. Also, if we use the modern technologies to prevent some kind of terrorist incidents, we should get aware of that such an approach could demand from us to search area by area attempting to figure out what is going on in some neighborhood. In addition, it’s well-known that the majority of the international phone conversations are monitored and recorded by the authorities, so it’s quite obvious that such a methodology could offer us the quite sati factory results in preventing the both – crime and terrorism.

At this stage of our technological development – we are in a position to take the advantage over the new technologies in order to prevent a lot of potentially malicious incidents. Combating terrorism is the challenge as we have suggested at the beginning and we are quite confident that the coming technological solutions would offer us nearly limitless options to cope with such a concern. In other words, anyone wishing to commit the crime or organize the terrorist attack should think twice for a reason that sooner or later there will be the time to pay the big price on. The terrorism is the challenge and that’s the fact, but would it be worth to take apart into such an adventure? We know that the people doing such criminality would get led by some beliefs and in our opinion, it’s so important to educate the human community about how to deal with the highest values and standards. It’s not that hard as it may appear at the first glance!

Milica D. Djekic is an Independent Researcher from Subotica, Republic of Serbia. She received her engineering background from the Faculty of Mechanical Engineering, University of Belgrade. She writes for some domestic and overseas presses and she is also the author of the book “The Internet of Things: Concept, AApplications,and Security” being published in 2017 with the Lambert Academic Publishing. Milica is also a speaker with the BrightTALK expert’s channel and Cyber Security Summit Europe being held in 2016 as well as CyberCentral Summit 2019 being one of the most exclusive cyber defense events in Europe. She is the member of an ASIS International since 2017 and contributor to the Australian Cyber Security Magazine since 2019. Her fields of interests are cyber defense, ttechnology,and business. Milica is a person with a disability.